Firefighters had to work through the night to control a large woodland fire believed to have been caused by a barbecue.

The Shropshire Fire and Rescue Service was called at 5.30pm on Monday to Lee Hill, in Lee Brockhurst, near Wem.

A crew from Prees arrived first and found a fire involving a large area of trees, rhododendrons and undergrowth at the top of the hill. The total area affected was approximately 20 square metres,.

They had to work in what were described as "extremely difficult and challenging" terrain to get their equipment to the top of the hill and fight the blaze.

At 1.15am a fresh crew from Market Drayton took over from the original crew to maintain a fire watch throughout the night.

Soon after the first light on Tuesday, crews from Hodnet, Wem, Whitchurch and Shrewsbury attended the scene to continue to damp down and extinguish deep seated pockets of fire.

A statement from the Market Drayton Fire Station said: "We are saddened to report that it is believed that this fire was caused by a barbecue."

The fire service's report on the incident said that four fire appliances were initially dispatched, and that the crews used hosereel jets and knapsacks in their efforts to extinguish the fire.

Incident: Mobilised at 18:03 to make pumps 2 to assist @PreesFire_SFRS with a Fire In Open, 3x ISU’s assisted from @SFRS_Whitchurch @SFRS_MDrayton and Minsterley. @SfrsSroberts also assisted at this incident. The incident is still ongoing. pic.twitter.com/tCHrIKBXqv

INCIDENT 📟 ISU mobilised at 01:15 as relief crew to on going large deep seated fire at the top of #LeeHill at #LeeBrockhurst 🚒 Fire involving area of trees, Rhododendrons and undergrowth 🌲🌳🔥 Crews from @SFRS_Wem @PreesFire_SFRS @SFRS_Whitchurch #Minsterley in attendance 🚒🚒 pic.twitter.com/Lu1bGT6ZRf 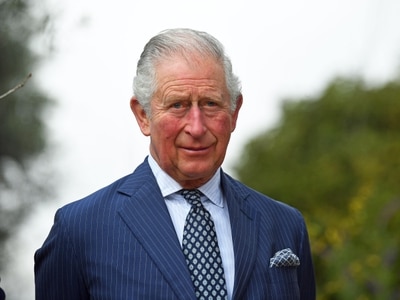