A gingerbread man statue welcoming people to Market Drayton has now been joined by two of his fellows, covering the town's main entrances.

The first of a series of metal gingerbread men was installed on a roundabout on the A53 in the north of Market Drayton early last week, and soon afterwards two more were put in place on roundabouts in the eastern and western entrances of the town.

It means that motorists using the A53 bypass around Market Drayton can't help but catch a sight of the friendly men, which are accompanied by the message: "Welcome to Market Drayton – home of gingerbread".

The statues were made by a steelworking company in the town and donated for free, after a woman in the town thought up a way to trade on the area's historic connection to gingerbread and hopefully attract a few more visitors to the town centre.

The project came about thanks to Margaret Smith, the wife of current deputy mayor and former mayor Roger Smith.

It was while Mr Smith was still mayor, and he took it on as one of his mayoral projects.

The couple began making enquiries and a sample was made for the town council to see. It won their approval and then Mrs Smith had to get approval from Shropshire Council.

"We had to wait quite a while for highways to come out and see where they were going to go, which they did.

"When they were all ready to be installed, then lockdown came along."

IN Fabrications, which built the gingerbread with weathering steel which will take on an attractive brown colour as it ages, was finally able to install the statues last week.

It is about a year since the night Mrs Smith came up with the idea, and she is delighted with the results.

"I was very worried: I thought 'are they going to like them?' But I was immensely pleased that people seemed to like them.

"There have been lots of lovely comments made about them.

"People are going to remember Market Drayton for the three gingerbread men, and hopefully decide to come to the shops." 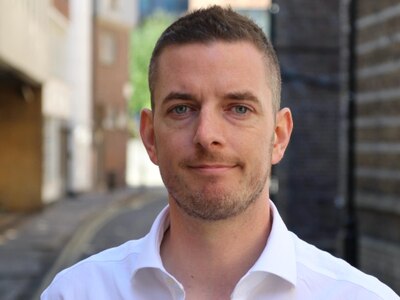