A 92-year-old Newtown man whose cousin was killed in the bloody fighting to liberate a Dutch village is seeking memorabilia and items which can be used in a forthcoming exhibition in Holland to mark the 75th anniversary of the action. 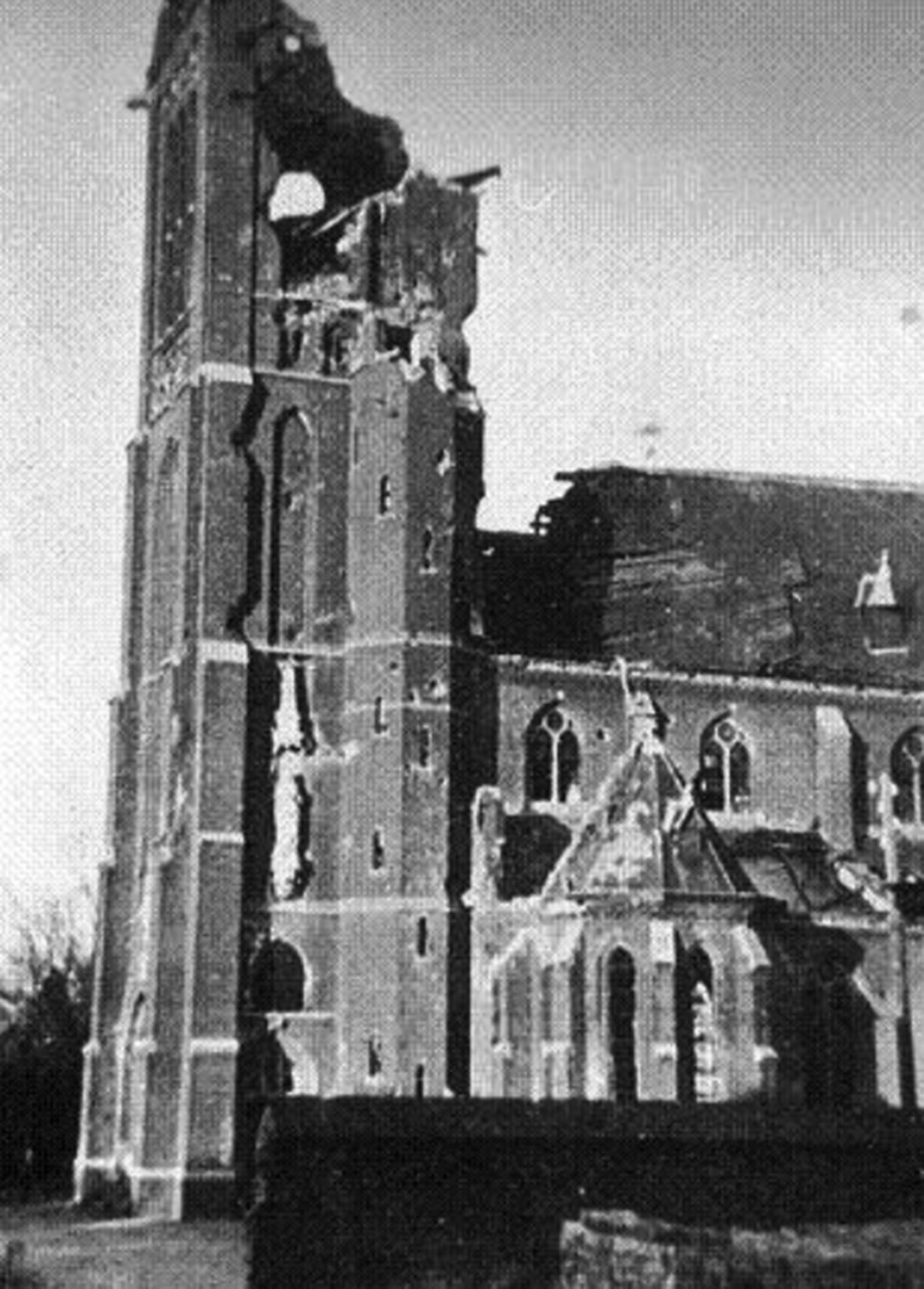 The church at Reusel after the battle. Over the years Penry Thomas has made pilgrimages to the scene at Reusel, west of Eindhoven, where his 21-year-old cousin Corporal Jim Hunt lost his life on September 25, 1944.

Penry's visits have seen him build up contacts over there, including with those behind a local museum who are planning to stage a commemorative event in Reusel in September to mark the anniversary of the liberation which involved soldiers of the 6th Battalion of the Royal Welch Fusiliers.

"My friends are asking if I can obtain any appropriate items such as uniforms, caps, badges, diaries, letters or books connected with the liberation or with the RWF's campaign in Europe which would enhance the proposed exhibition," he said.

Over 80 soldiers from Jim Hunt's battalion died at Reusel, and among those killed on the same day was Major Lord Michael Davies, of Llandinam.

Penry said: "Originally Jim was from one of the London areas, but when his father retired from the police in 1942 they moved to Newtown, living in Severn Square.

"He used to help my brother and me with homework. He was a big hero to us really. Then when he was 18 he was called up.

"He was the Bren gunner for his platoon. What we were told was that they were lying in a field of potatoes just outside Reusel and were pinned down, in among the rows. Some of the soldiers up front called 'Can Corporal Hunt bring his Bren gun?' There was a message back: 'Corporal Hunt is dead.'

"I was away at teacher training college in Bangor and my mother wrote to me to tell me."

On a trip to Holland Penry visited Jim's grave in a war cemetery at Valkenswaard, which is some distance away.

"It was very emotional and made me very sad, but I was also happy to have been able to acknowledge what these fellows had done."

And on another trip he tracked down the field – which had been built on by houses – where Jim had been initially temporarily buried before later being reburied at the war cemetery.

He saw the family who owned the field, and had helped British soldiers who were recovering the bodies.

"Jim's helmet was buried with him and they had kept that. The husband showed me the actual spot where Jim was first buried."

Penry has not thought about going to the 75th anniversary commemorations, but added: "If I was invited to go, I would go. I don't like to poke my nose in."

Reusel was the scene of several days' fighting involving Welsh soldiers at the end of September 1944, but the German defenders held out, and the village was only taken when they retreated early in October.

‘Grow up,’ judge tells man who wandered streets with baton