The Montgomeryshire Lib Dem candidate has been targeted by an abusive message pinned up at his party offices.

Kishan Devani says he was shocked by the note which tells him to "Go to Hell" and take the party leader with him.

Staff at the offices in Newtown found the note when they arrived for work this morning.

This is what our country has come to. Left at our @LibDems Office in #Montgomeryshire. The abuse we face is vile. Please we must stop this. As the Son of Refugees, I know first hand where this type of behaviour can take a country. #PleaseStop #Sad #UniteNotDivide

RT if you agree pic.twitter.com/smueEUUys9

Written in capitals and addressing the Lib Dems as the "ALAD" - Anti Liberal Anti Democracy party, it calls on the candidate to "Get Lost".

The 34-year-old said the message had come as a complete shock and had left him shaken and his mother in tears.

Mr Devani said the abuse faced by politicians was vile and called for it to stop.

"As the son of refugees, I know first hand where this type of behaviour can take a country," he said.

His parents fled to Britain from the Idi Amin regime in Uganda in the 1970s.

"Britain welcomed them and I was born here - I would die for my country and that is what hurts," he said.

"Politics aside, we are all human beings. What makes someone even think like that?"

He said what made the note all the more upsetting was the welcome he had had from the people of Montgomeryshire.

"The majority have been lovely and we have had a great response when we have been going door to door."

Mr Devani said that the only good to come from the note was the incredible outpouring of disgust for the perpetrator and the support for him.

"We must all unite to stop this. The language being used in politics at the moment is unacceptable and we only have to think of Jo Cox to see the action that language can fuel," he said.

Ben to shave everything for his beloved poorly niece 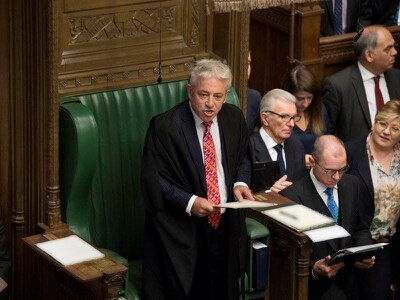