Office plan for library is in the spotlight

Proposals to turn a library into council offices will go in front of a planning committee this week.

At the next meeting of Powys County Council on Thursday , October 24, councillors will consider the controversial application which has led to a protest and petitioncaused uproar in Welshpool.

In her report Ms Bufton says: “It is noted that the library is to be re-located to the Powysland Museum building.

“It is therefore considered that appropriate alternative provision is to be made available within this community.

“The building is proposed to be office space to Powys County Council (PCC) staff which will include a residents’ access point for Housing, Social Services and other services, this is in replacement to an existing facility which is due to close (Neuadd Maldwyn).

“It is therefore considered that the building is still to be utilised by visiting members of the public providing a contact location for PCC staff in the Welshpool area and therefore allowing the council to provide a facility and service in this location.”

Ms Bufton added that there had been “representations” received about the loss of the library.

One of the conditions for the approval is that the work cannot start until “an appropriate alternative library provision has been provided in the town of Welshpool.”

Ms Bufton added: “A majority raised concern over the new location of the library provision at the museum.

“This is not for consideration as part of this application, but it is noted that alternative provision is being provided within the community and therefore this development would not result in the loss of facility.

“On this basis, it is considered that the development fundamentally complies with relevant planning policy.”

Earlier this year, protesters took to the streets of Welshpool to protest about the proposed library move. A public meeting was held and a petition was signed by more than 4,000 people against the proposal.

The library move follows the decision by PCC’s cabinet in December 2018 to close its main office in Welshpool the Grade II listed Neuadd Maldwyn.

Neuad Maldwyn is set to become an “Extra Care Facility” and will need more than £10 million spent on converting the Grade II listed building.

PCC is set to be transfer Neuadd Maldwyn to the registered social landlord (RSL) ClwydAlyn for them to convert it.

Extra Care housing offers more then the traditional sheltered accommodation and yet is not fully residential care and is now considered vital by PCC.

It deals with how to accommodate Powys’ ageing population.

Neuadd Maldwyn dates back to 1927 when it was built for the former Montgomeryshire County Council, extensions were added in the 1930s and 1950s. 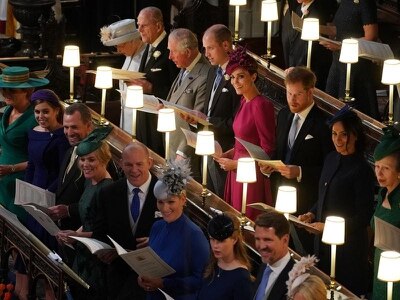