The boundaries of some of Shropshire’s biggest towns could be expanded in a bid to end the council tax disparity caused by their growth into neighbouring parishes.

And a key priority will be allowing certain towns to absorb all or part of some of their surrounding parishes in cases where development has overspilled.

Councillor Nutting said the changes would see council tax bills levelled out as well as reduce the high number of town and parish councils in the county.

He said: “I have said quite openly that after the next election there needs to be a complete boundary review of the parishes.

“Bridgnorth and Tasley are at the top of the list.”

Bridgnorth Town Council had requested last year that it be merged with Tasley and also take on part of Worfield parish. The proposal was met with resistance from the smaller parishes, and Shropshire Council agreed last month to leave the boundaries unchanged for the time being.

Councillor Nutting said it was important to get the ongoing partial review of the council’s Local Plan out of the way first, in order to have a clear idea of where future development could be, before any decisions were made.

Shrewsbury could also see its borders enlarged to take in parts of the current parishes of Bicton, Condover, Atcham, and Berrington.

Councillor Nutting said: “There are lots of houses being built and nearly all of them are in different parishes.

“So although those people see Shrewsbury as their service centre, they will be paying council tax to neighbouring parishes.”

The review could also see Ludlow absorb Ludford, the boundaries of Ellesmere expand to take in some of its surroundings, and some of the more rural parishes merged together.

It would mean residents who currently live in some of the smaller parishes see an increase of £100 or more in their council tax bills.

Councillor Nutting said: “We have 158 town and parish councils in Shropshire and there is an agreement that that is too many.

“Some are very small and they don’t function too well. Their precept pays for a clerk and for their auditing and that is about it.

“If half a dozen were grouped together they would need one clerk and one set of audits, and would have more money to do other things.”

Williams terminates ROKiT sponsorship deal after going up for sale 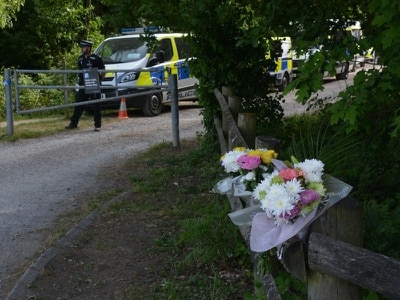