A well-known former Bridgnorth publican has celebrated her 100th birthday with a large family party.

Margaret Cox, of St James Drive, Bridgnorth, used to run the Falcon Hotel in Low Town and also the Crown & Raven Hotel in High Street for many years.

Anglesey-born Margaret moved to Bridgnorth in 1957 to run the Falcon Hotel with her then husband Philip White, before moving to the Crown & Raven up in High Town in 1962.

Margaret remarried in 1972 to local businessman Les Cox who at that time ran the Sabrina Café in West Castle Street – now the Eurasia restaurant.

They later moved to Rhyl and then Llandudno, North Wales where they successfully ran two of the very earliest Wimpey Bars.

The couple retired and moved back to Bridgnorth in 1996, where Margaret became an active member of the town’s U3A, former Ladies Circle, Inner Wheel and currently Tangent. She still enjoys a hectic social life and regular lunches with "the girls".

She puts her longevity down simply to good living and said: “Keep on going through trials and tribulations, and be happy.”

A large party for over 70 family and friends was held at which Margaret’s three children, Liz, Jane and Richard, six grandchildren and six great-grandchildren were present. 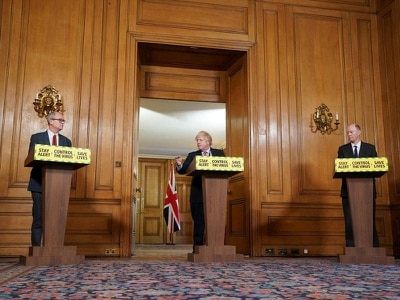