River levels are dropping and flood warnings have been removed for many parts of Shropshire. 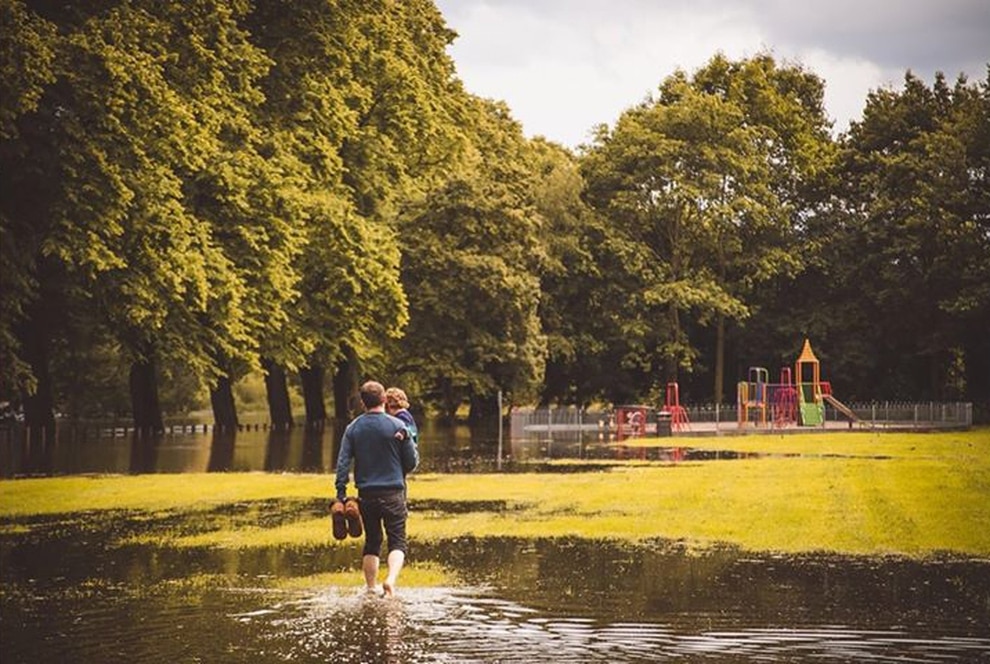 A helping hand near the park next to the river in Castlefields, Shrewsbury. Photo: Simon Willis 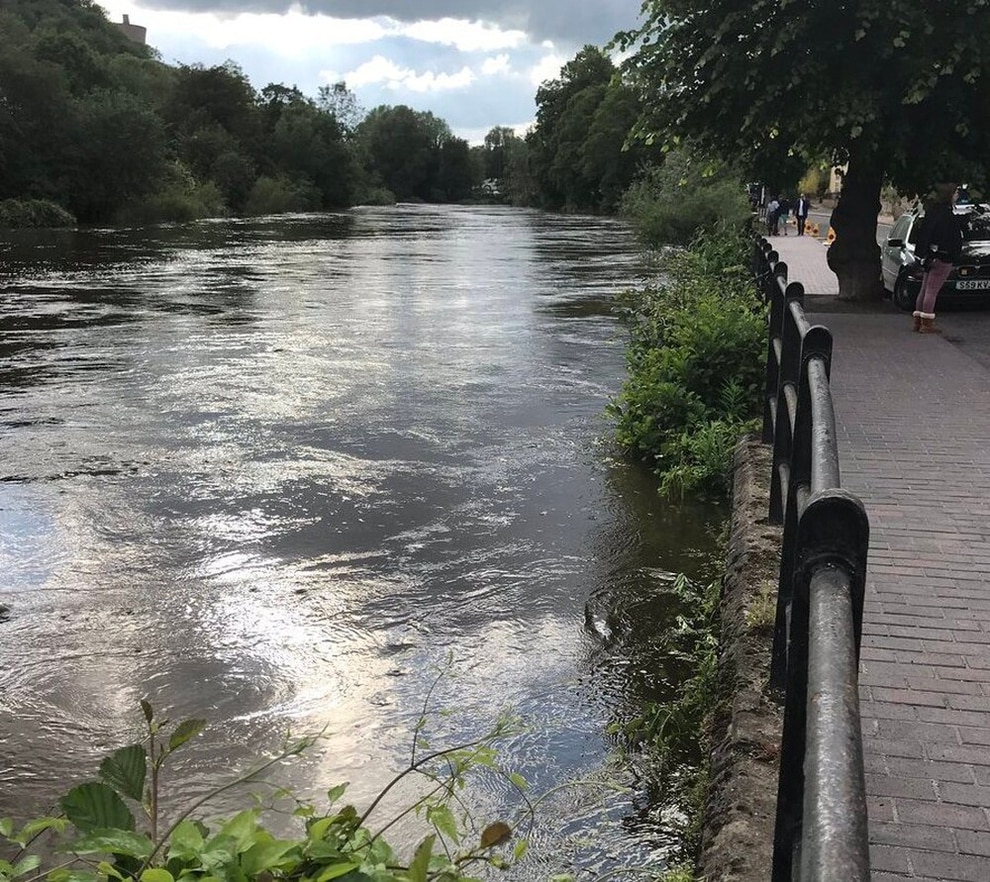 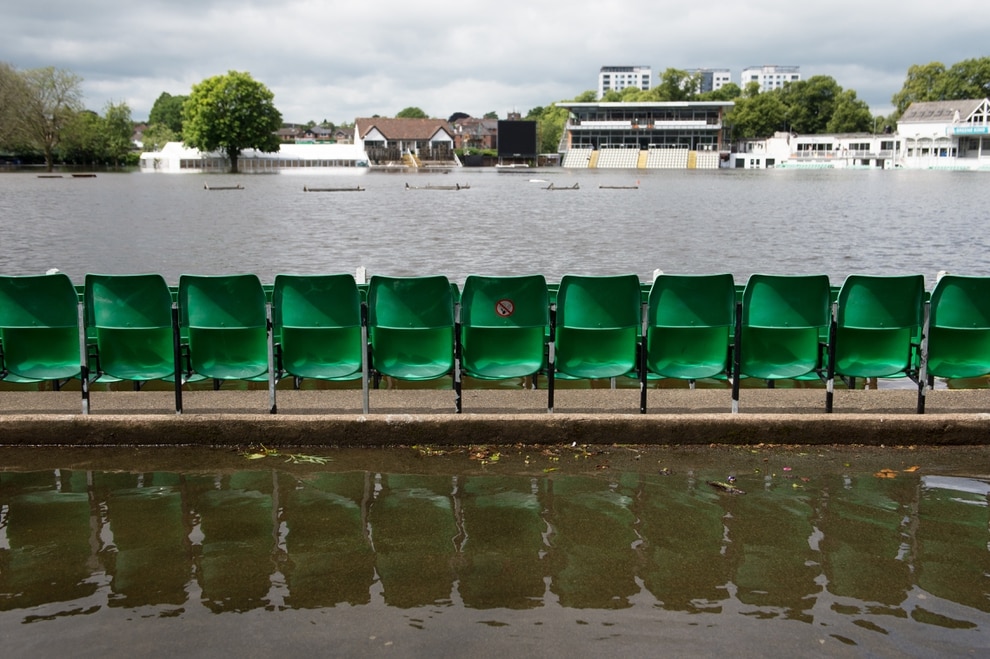 But flooding is still expected along the River Severn at Quatford and the River Vyrnwy at Maesbrook and Melverley where warnings remain in place.

Flood alerts, where flooding is possible, have been put in place along the River Severn in Shropshire where levels remain high and pose a risk.

River levels remain high but are falling at the Bridgnorth river gauge as a result of heavy rainfall. Consequently, the risk of flooding remains and access to properties along Riverside in Bridgnorth may be impacted.

Floodwater is also affecting low lying land and roads next to the river from Shrewsbury to Upper Arley. The river level in Ironbridge, Jackfield and Coalbrookdale is dropping although some areas are understood to still be affected, particularly around Ferry Road.

River Vyrnwy levels are high but falling at the Cae Howel river gauge as a result of heavy rainfall which is currently at 4.49m. Consequently, the risk of flooding remains at Melverley and Maesbrook. Flooding is affecting properties and roads in and around both areas, including the Melverley to Melverley Green and Ponthen to Melverley roads, but is not forecast to worsen.

Rivers levels are generally falling throughout the county despite predicted showers, and do still pose a flood risk, with the Environmental Agency saying it is closely monitoring the situation.

Hannah and Ben are out monitoring the river #Severn high flows this morning as they travel #safely through and past #Bewdley @EnvAgencyMids #TeamEA pic.twitter.com/U0AioJfAI8

People are being advised to plan driving routes to avoid low lying roads near rivers which may be flooded.

Flood alerts have also been put in place along the River Severn in Worcestershire, as well as the River Sow and River Penk.

The Severn Vyrnwy Confluence, Tern and Perry Catchments and The River Dee Catchment from Whitchurch to Chester also have alerts in place.

There have been seven flood warnings removed from parts of the county in the last 24 hours.

Although easing, the downpour has continued to cause chaos throughout the weekend with numerous pubs, clubs, roads and businesses having to shut.

More yellow weather warnings in our region this week. @metoffice are forecasting thunderstorms on Tuesday and Wednesday. That means there's a small chance that homes and businesses could flood quickly. Here's who to contact if you encounter flooding https://t.co/wTHwASvvEd pic.twitter.com/C3pJu0g4rD

Offices at Greenhous West Mid Showground in Shrewsbury and Gravel Hill Lane were heavily affected resulting in Shrewsbury's inflatable Kapow! event having to be cancelled yesterday, along with low lying land and roads adjacent to the River Severn from Shrewsbury to Upper Arley.

The Boat Inn, Jackfield, is understood to have shut at peak times on Saturday due to flooding.

The Shrewsbury junior parkrun was also cancelled yesterday morning due to the route being flooded.

We never like to cancel #Shrewsbury junior parkrun but as the route is flooded we really have no choice, tomorrow’s junior parkrun is cancelled. The safety of children is paramount. We’ll see you next week. Pls RT pic.twitter.com/kJQJI2PP10

Ellsewhere, heavy rain is predicted to lash parts of the UK again as flood-hit communities continue to clear up after last week’s downpours.

The North East, Scotland and Northern Ireland are expected to see periods of heavy rain and hail on Monday, broken up by bright, sunny spells.

Rain will also hit parts of north-west England, the Midlands and Wales, but will die out out by the evening, forecasters say.

“There will be the odd heavier shower towards the East Midlands but these will be few and far between,” meteorologist Dean Hall said.

There is also the potential for heavy showers in rain-hit Lincolnshire late on Tuesday, continuing into Wednesday. This could put further pressure on Wainfleet, which has suffered flooding in recent days.

“We are keeping an eye on it as there could be some issues with surface water and flooding,” Mr Hall said.

RAF Chinook helicopters dropped an additional 76 tonnes of sand and ballast in the area on Sunday after drafting in 270 one-tonne sandbags in an attempt to repair the bank on Friday.

A flooded pitch meant that Worcestershire had to switch its County Championship home cricket game with Sussex to Kidderminster.

The Met Office has issued a yellow weather warning for much of the South East, East Anglia and parts of the Midlands, running from 6pm on Tuesday until 9pm on Wednesday.