A schoolgirl is on her way to completing 100 laps of a lake in Telford to raise money for a wildlife rescue charity.

Freya Lowe has already completed more than 80 laps of The Flash in Priorslee and is nearing the end of her challenge.

The 10-year-old, who also lives in Priorslee, is raising money for Cuan Wildlife Rescue, which treats injured and orphaned wildlife and releases them back into the wild.

The Much Wenlock-based charity, which depends on donations from the public and businesses, admitted 1,087 animals and birds in June alone and has been affected by the coronavirus crisis.

Freya's father Adrian Lowe said: "It all started during lockdown. We were all off work, so decided to spend more time walking at the lake, but unfortunately during our walks we came across wildlife in distress, with the birds, swans and geese suffering from broken legs, being caught in fishing wire, and generally needing emergency treatment.

"We found out that Cuan Wildlife charity helps to look after the animals on this lake, along with a few other lakes in Telford.

"Funding has never been so critical in these times, with the charity currently burning through more cash than actually receiving donations.

"If they don’t get the funding then these animals will unfortunately be left to suffer.

"That is why we want to help a local charity survive the crisis and continue to be able to look after the wildlife on the lakes around Shropshire.

"So Freya, on her own, came up with the idea to complete 100 laps of the lake, which is around one mile a lap, in July."

Mr Lowe added: "We have been out in all weathers during this month, and she still has a smile on her face."

To support Freya visit her fundraising page at www.justgiving.com/fundraising/sarah-lowe20 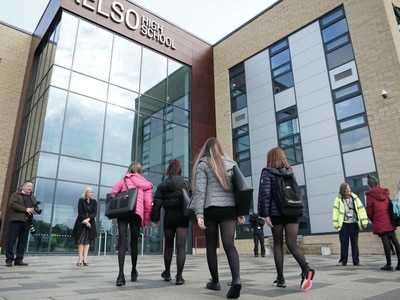