People in Wales must continue to follow the five-mile advice and stay local this weekend as pubs open over the border in England, the first minister has said.

Mark Drakeford said that while those living very close to England may be able to visit pubs that are open, it would not be possible for the majority of people in Wales.

Police forces have also urged Welsh residents to heed the “stay local” advice while Transport for Wales said public transport should only be used for “essential travel”.

Pubs in England were able to open from 6am on Saturday but those in Wales will only be able to operate outdoors from July 13.

It means in Llanymynech, on the Shropshire/Powys border, the Bradford Arms and Cross Keys are able to open but the Dolphin, 100 metres away in Wales, must stay shut.

The “stay local” requirement in Wales will end on Monday when two households will be able to form one extended household – enabling families to be reunited.

In a press conference on Friday, Mr Drakeford was asked what he would say to those in Wales who were considering travelling to England over the weekend to visit a pub.

“I certainly do say to people who are thinking of going across the border that the five-mile advice, the stay local regulations, remain in place in Wales this weekend,” Mr Drakeford said.

“So while there are populations very close to the border who may choose to travel, for most of us that will not be a possibility.”

Mr Drakeford stressed the need for people to behave in ways that “allow us all to continue to be safe”.

“Please, wherever you are in Wales, this weekend is not a reason or an excuse to abandon all the things that you have worked so hard to achieve,” he said.

“Please continue to do those things and help to keep Wales safe.”

In a tweet, North Wales Police urged people to continue to stay local over the weekend.

Gwent Police told the BBC that it would be continuing regular patrols ahead of the travel restrictions being lifted.

Those breaching coronavirus regulations in Wales face enforcement measures including penalty fines, which can rise to £1,920 for repeated breaches.

On Saturday, a football match between Bristol City and rivals Cardiff City will be played behind closed doors at Ashton Gate.

Superintendent Mark Edgington, of Avon and Somerset Police, said: “We know many of our communities have been frustrated about not being able to go out and socialise but we urge people to behave safely, responsibly and with due regard for the public health measures in place.”

Transport for Wales asked people only to use public transport for essential travel and where no other options are available.

It said this is to ensure there is enough space for key workers and those without alternative options to travel safely.

James Price, chief executive of Transport for Wales, said: “Covid-19 is an evolving situation and over the next week there are important changes in advice from UK and Welsh governments.

“However, we need to reinforce our travel safer campaign highlighting that public transport is for essential travel and where there are no other travel alternatives.”

On Friday, Public Health Wales said a further two people had died in Wales after testing positive for coronavirus, taking the total number of deaths to 1,525. 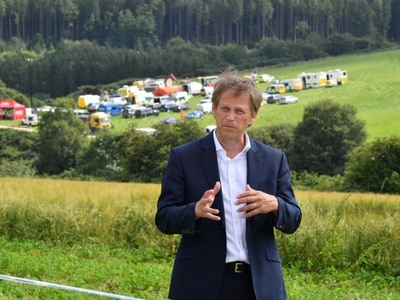