For more than seven decades, it has been there when we needed it most – and this year the coronavirus outbreak has seen it face its biggest challenge to date.

As the NHS prepares to turn 72 tomorrow, the commitment and hard work of its staff is being marked in a variety of ways around the county.

Telford & Wrekin's mayor, Councillor Amrik Jhawar, and former mayor, Councillor Stephen Reynolds, will be presenting a giant version of the winning cake from the Telford NHS bake off competition to staff at the town's Princess Royal Hospital tomorrow.

Meanwhile, birthday teas are being planned, landmarks will be lit up blue and people are being encouraged to applaud the heroes of the pandemic in a nationwide clap.

Julia Clarke, director of corporate services at The Shrewsbury and Telford Hospital NHS Trust, which runs PRH and Royal Shrewsbury Hospital, said: “This year’s anniversary of the founding of the NHS has taken on a profound significance following the coronavirus pandemic.

“Our teams have been incredible throughout this period, as have our patients.

"We wanted to ensure we could so something to mark the occasion, so on Sunday, we are giving a free birthday tea to all staff working and all patients who will be with us.

“A special video message from Louise Barnett, our chief executive, will also be sent to all staff looking at the history of the NHS and of SaTH, and thanking them for their hard work.”

The catering team at The Robert Jones and Agnes Hunt Orthopaedic Hospital, near Oswestry, will also be preparing a cream-tea style lunch this weekend to mark the occasion for staff and patients.

As part of the anniversary weekend, Southwater in Telford will be lit up blue today and tomorrow.

Meanwhile tonight at 8pm, there will be a minute’s silence to remember the tens of thousands of victims of coronavirus and people are being asked to light candles in their windows as a sign of remembrance.

And tomorrow, the county's communities are being encouraged to get involved in a big 'thank you' clap at 5pm.

Shaun Davies, leader of Telford and Wrekin Council, said: “We don’t just want to applaud local NHS staff, but everyone in the local community who did their bit during lockdown.

“It’s a chance for us to thank those who are risking so much to keep us safe – from porters and cleaners to doctors and shelf stackers – all of the key workers everywhere who have kept us going."

Shrewsbury is marking the occasion in its own special way.

A video showing giant projections of clapping hands on town centre landmarks is being launched on social media and people are being encouraged to share the post to spread their thanks.

It’s all part of the #iClapFor project, started by textile artist, Ian Berry, who first projected an animation of his hands clapping onto a building in London.

Since then it has been used in towns and cities across the UK and world, being projected on the White Cliffs of Dover, Brooklyn Bridge in New York, the Angel of the North, Los Angeles, Colombia and Sao Paulo.

It has now come to Shrewsbury, with projectionist, Andy McKeown, projecting the animation on buildings including Shrewsbury Museum and Art Gallery, the Market Hall and St Mary’s Church.

The project is being coordinated by Shrewsbury BID, with the video being posted across the Original Shrewsbury social media platforms.

Jonathan Soden, director of Shrewsbury BID and owner of The Soden Collection in Wyle Cop, said the NHS’s birthday seemed a fitting time to bring the artwork to Shrewsbury.

“Ian Berry’s clapping hands have become an iconic image being projected on buildings across the world, so it’s absolutely fantastic that we have been able to bring them to Shrewsbury,” he said.

“Andy McKeown has done a fantastic job of projecting the image onto a range of recognisable buildings in the town centre, and it’s a really inspiring sight.

“The video, put together by 7video who are based in Shrewsbury, looks great and we hope lots of people share it on social media to spread the message far and wide.”

Children around the county can also get involved in the occasion by colouring in a special NHS anniversary poster and hanging it in their windows.

Posters can be downloaded at www.telfordccg.nhs.uk/who-we-are/publications/publications/6702-nhs-72-anniversary-poster/file and photos can be shared on social media using the hashtag #ThankYouTogether.

Dr Julian Povey, chair of NHS Shropshire Clinical Commissioning Group, said: “The weekend is an opportunity for the NHS to give its own big thank you to everybody who has helped it continue during one of the biggest health challenges it has ever faced.

“The NHS 72nd anniversary is the perfect opportunity to thank all key workers who have kept us going during the pandemic with one almighty applause at 5pm on Sunday.”

Dr Jo Leahy, chair of Telford and Wrekin CCG, added: “We’d really like to thank the public for their continued support during this challenging time, from the volunteers to the weekly clap for carers, the NHS could not have coped alone.

“We hope local residents will join in, in any way they feel they can, to pay tribute and thank everyone who has played their part in supporting our nation through this pandemic.” 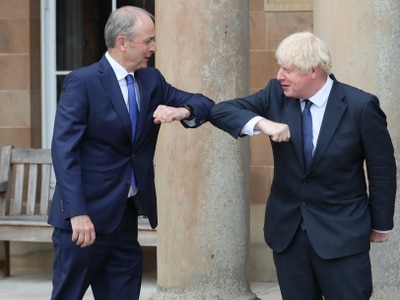