After an appeal for essential food and hygiene products for its elderly clients, a Shropshire home care business has been flooded with generous donations.

Sue Perry of Wishing Well Home Care in Wem put out a simple appeal earlier in the week for toilet roll, hand soap, and other essentials after some of her elderly clients said they were running low.

The people of Wem responded generously, Sue said, and she has been inundated with supplies that the Wishing Well team are now transforming into hampers to deliver to clients and other elderly people in the town.

Sue said they have received enough stock to make 50 to 60 hampers.

"A lot of our clients were finding themselves short of hand soap and other essentials so we put out an appeal on Facebook to see if anyone could donate anything," she said.

"We have been inundated with donations of toilet roll, hand soap, and other foods and essential items. So we thought we would make up hampers for our clients and other elderly people around Wem.

"Our local Co-operative store donated £300 worth of food and everybody is getting involved and it is lovely to see.

"We have enough stock for around 50 to 60 hampers which is incredible."

The team has even received money from people who said they couldn't get out to the shops to buy anything but wanted to help otherwise.

Sue said it has been a hard time for a lot of her clients, so her team have been trying to reassure them as best they can and hope the hampers will help.

"The response has just been lovely. People are worried but its our job to reassure them as best we can," she added.

"People have been dropping off food essentials to our office, like tins, biscuits, pasta, that sort of thing.

"Carol Roberts at Dedman Store in Wem has been brilliant as well. Lots of people have dropped stuff off at the shop. You can't believe the community in Wem it's incredible.

"The message from this wonderful community is just to let people know that they are thinking of them and all send their best wishes." 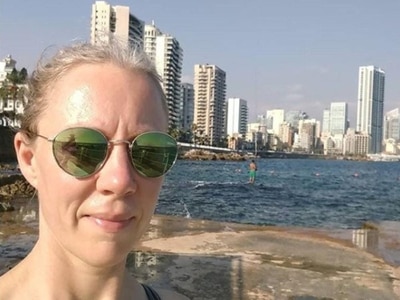