A Shropshire MP has called for more testing of NHS staff and other key workers for coronavirus.

Mr Pritchard said there were many people working in health and other key sectors who wanted to return to work, but were afraid they might be carrying the virus.

The MP for The Wrekin had previously raised the matter with Health Secretary Matt Hancock on March 23, and said he would continue to make the case.

"I pressed the Government on March 23 to undertake urgent testing of NHS staff to protect themselves and patients and sustain staffing levels," he said.

"This should also apply to social care and other key-worker staff, such as community pharmacists and schools, and then, eventually the main population.

"The Government must do everything it can to upscale more testing as quickly as possible."

Prime Minister Boris Johnson said testing was massively increasing and it was "the way through" the pandemic.

So far, about 3,500 out of 1.2 million NHS workers in England have been tested for the virus.

But cabinet minister Michael Gove said a shortage of chemicals needed for the tests meant the NHS could not screen all workers.

Prof Paul Cosford of Public Health England (PHE) admitted that everybody involved was unhappy testing had not yet got to the position it needed to be in.

Prof Cosford said testing would hit 15,000 per day "imminently" and that PHE had played its part in ensuring tests were "available to support clinical treatment of patients who need it." 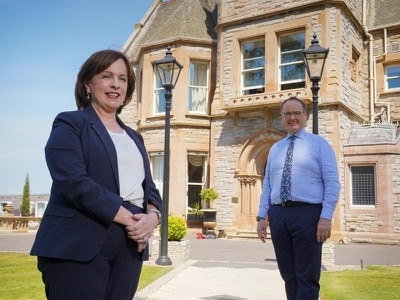