Thousands of patients are still facing long waits for NHS tests in Shropshire after services were suspended due to the pandemic.

Record delays for a number of medical tests, including scans, were logged at trusts serving the county.

The figures reflect the national struggle to keep services running during lockdown, when hospitals were facing a huge challenge in dealing with coronavirus victims while also keeping other patients and staff safe.

NHS trusts provide information on how long people have been waiting for 15 key tests at the end of each month. The procedures are used to diagnose a wide range of diseases and conditions, including cancers, heart failure, sleep disorders and hearing problems. According to NHS rules, when someone is referred for a test, it should be carried out within six weeks.

But the latest NHS England data for May shows that more than 8,000 patients served by the county’s trusts had been waiting longer than that at the end of that month.

At Shrewsbury and Telford Hospital NHS Trust, which runs Royal Shrewsbury Hospital and Telford’s Princess Royal Hospital, the number kept waiting was 7,230, or 74.9 per cent of those on the waiting list.

The most common test delay at the trust in May was for an ultrasound, with figures showing 2,440 people had been waiting at least six weeks. This was followed by 1,980 patients awaiting an MRI. Another 942 were waiting for a CT scan.

The Robert Jones and Agnes Hunt Orthopaedic Hospital (RJAH) near Oswestry kept 717 waiting or 79.8 per cent of those on the waiting list. And of those who were not seen on time 208 had been on the list at least 13 weeks. The most common type of test to see delays at the orthopaedic hospital was an MRI scan, with 760 waiting at least six weeks.

This was followed by 215 patients waiting for an ultrasound. Another 162 people were held up for a CT scan.

Shropshire Community Health NHS Trust had 234 or 79.3 per cent of those on the waiting list. Of those who were not seen on time, 48 had been on the list at least 13 weeks. The most common type of test to see delays was audiology, with 229 people waiting at least six weeks. There were also seven patients waiting for an ultrasound.

All trusts recorded the worst performance for the month since comparable local records began in 2014. The national standard is that less than one per cent of patients should wait six weeks or more.

'We are doing all we can'

Hospital bosses say patients have not been forgotten and the county’s NHS was doing its best to restore more medical test services as Covid-19 pressures ease.

New figures released this month from NHS England show trusts serving the county, including some Powys patients, have seen record delays for a range of tests including scans. The data shows more than 8,181 patients had been waiting longer than at the end of May.

Dave Evans, joint accountable officer for NHS Shropshire and NHS Telford and Wrekin clinical commissioning groups, said: “All NHS organisations and the two councils in Shropshire, Telford and Wrekin are working closely together to bring back online some of the services that were temporarily stopped, altered or relocated following the outbreak of Covid-19.

“At the outset of the pandemic, services including local hospitals, GPs, health visitors and social care staff responded quickly by changing the way they worked to ensure we kept people safe. This meant that there have been unavoidable increases in waiting lists across all specialities.

“We are restoring more and more services each week but coronavirus has not gone away, so this is being done carefully with the safety of our patients and staff as a priority. We have worked hard to maintain vital services such as cancer treatment but recognise that people have waited longer than we would have liked for elective treatment.

"Even though some services are being restored to how they were before the outbreak, we can’t switch them all back on straight away and we hope people can understand why and bear with us. More health and care services will continue to be restored over the coming weeks and patients affected will be contacted directly.

“We know that some people may be feeling anxious and worried right now but we are doing all we can and want to reassure you that you have not been forgotten. We’d like to thank local people for their continuing patience and understanding during this challenging time.”

Other trusts across neighbouring Staffordshire, the Black Country and Birmingham also experienced record delays with tens of thousands of patients affected.

A total of 11,296 patients were kept waiting for more than six weeks at the University Hospitals of North Midlands NHS Trust, which runs Stafford’s County Hospital. It was 66 per cent of those on the waiting list.

At the Royal Wolverhampton NHS Trust the number left waiting was 6,053, or 65.2 per cent. The Dudley Group NHS Foundation Trust kept 2,188 people waiting, 39.7 per cent. The Sandwell and West Birmingham NHS Trust kept 8,293 patients waiting or 63.6 per cent of the waiting list.

National director of watchdog Healthwatch England, Imelda Redmond, said the figures were not surprising given the need to focus limited resources on tackling Covid-19.

“However, the rise in the figures shows starkly the challenge facing the NHS,” she said. “It is therefore vital the NHS prioritises those with the most urgent and serious needs, as well as those who have been waiting a long time for a diagnosis.” 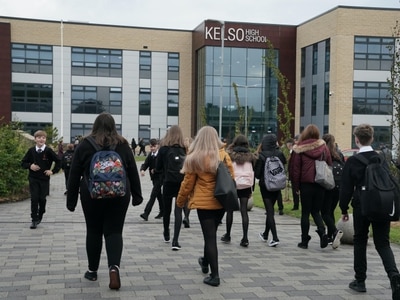