Row as ambulances sent from Shropshire to Wolverhampton without permission

Ambulances were sent from Shrewsbury and Telford to Wolverhampton's New Cross Hospital without permission from bosses, piling added pressure onto the city hospital during one of its busiest periods.

New Cross boss David Loughton was left frustrated after 16 ambulances were diverted from Shropshire, 13 without approval.

The Wolverhampton hospital had already been struggling to cope with the number of patients on its busiest day of 2019, December 30, before the extra ambulances arrived.

It resulted in New Cross being left without any available beds and some patients waiting more than 12 hours.

The unhappiness felt by bosses over the situation has emerged in a new trust board report.

It said an agreement was in place between the two trusts for New Cross to receive three ambulances to help ease the burden on the Shropshire unit. But bosses were left flummoxed when another 13 turned up.

Mr Loughton, chief executive of the Royal Wolverhampton NHS Trust, told board members at a recent meeting of his "dissatisfaction and concern" that "staff had been put under a considerable amount of pressure by the additional workload".

The report said: "Ms Nuttall highlighted a 12-hour breach in the emergency department in December which was as a result of no beds being available in the organisation.

"She said it should be noted this was an unusual occurrence and due in part to a significant divert from Shrewsbury and Telford Hospital due to some of the challenges they were facing at that time. Professor Field said it was due to having to deal with an additional 16 ambulances.

"Mr Loughton expressed his dissatisfaction and concern that Royal Wolverhampton Trust (RWT) staff had been put under a considerable amount of pressure by the additional workload.

"(Ms Nuttall) said the additional ambulances had not been agreed with the Trust, that the additional volume had caused further considerable pressures on the Trust. Professor Field said this was unfair on the patients as well as staff." 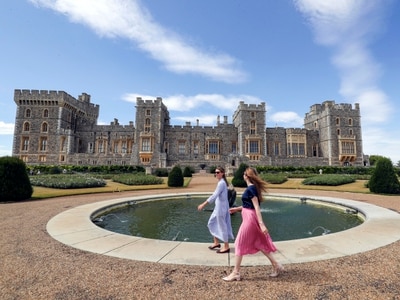