A judicial review could be considered over Future Fit, the leader of Telford & Wrekin Council has confirmed.

Councillor Shaun Davies has pulled no punches in his reaction to the decision by the Secretary of State for Health, Matt Hancock, to approve a recommendation from an independent panel that means Future Fit will go ahead.

As a result controversial moves such as Royal Shrewsbury Hospital becoming home to the county's only A&E, and consultant led women and children's services also moving to the hospital from Telford's Princess Royal Hospital, will take place.

One issue remains to be settled and that is whether PRH is home to an urgent care centre, or an 'A&E Local', which Mr Hancock has asked NHS England to report back on.

Councillor Davies said the move left him "sick to the stomach", and urged MPs to join him in pressing the government for an 11th hour change of heart.

The council leader confirmed they would look at the possibility of a Judicial Review but he warned it would be "expensive with unpredictable results".

He said: "I am sick to the stomach. This is a shocking decision that puts the health and wellbeing of residents in Telford and Wrekin at risk.

“The Women and Children’s Centre was opened five years ago at a cost of £28million for compelling clinical reasons. All the statistics show that the population is younger in Telford and Wrekin and there are more complex births in this borough and this side of the county. To move a consultant-led Women and Children’s Centre away from Telford is risky.

“This decision isn’t just risky for people in Telford and Wrekin. People living in rural Shropshire and in Mid Wales will also lose out because they will have to travel further for their planned care and operations."

Councillor Davies has also questioned what an A&E Local would mean for the town.

He said: “The Health Secretary has alluded to Telford having an ‘A&E Local’ although no-one, including people within the NHS, seem to know what one of those is. I fear it is just another name for a downgraded A&E. It will not be the full 24/7 A&E that Telford, the fastest growing town in the country, deserves.

“This council will not simply roll over on this decision. We will continue to fight. We will look at all options available to us, including a judicial review which would be expensive with unpredictable results.

“I will work with our MPs who I urge to get around the table and meet the Health Secretary to make the strongest possible case to the Government, even at this eleventh hour, that this decision is simply not good enough.

“I also urge everyone; MPs, local councillors, residents, businesses and organisations to come together with a united voice and write to the Health Secretary.

“Make it clear directly to the man who made the decision, the Health Secretary, why you think the decision is wrong.”

Councillor Davies' reaction was in stark contrast to management and staff at Shrewsbury & Telford Hospital NHS Trust (SaTH), who have welcomed the move.

Paula Clark, Chief Executive at SaTH, said: “This is great news for our trust, but most importantly for the patients we serve across the whole of Shropshire, Telford & Wrekin and Mid Wales and for our staff, who have been waiting for this decision for many long years." 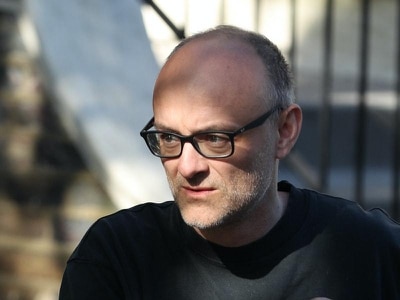