The bell rung by cancer patients to signify the end of their treatment has been removed from Shrewsbury's hospital.

Patients would usually ring the bell, formerly based in the Lingen Davies Oncology Centre at Royal Shrewsbury Hospital, after they had completed radiotherapy.

But following concerns raised about those who are unable to complete treatment, the bell was removed.

Following a SaTH meeting, members of the hospital trust have launched a consultation with staff and patients to decide whether the bell will be reinstalled.

A hospital employee who did not wish to be named said the bell, which was previously in the reception area, could be relocated to a "less public space".

A spokeman for the SaTH cancer teams said: "There has been a great deal of debate nationally about the ringing of a bell to mark the end of cancer treatment.

"Whilst we recognise that some patients want to mark this significant milestone in such a way, we are also aware that other patients who are still receiving treatment can find this upsetting.

“It is important that we listen to our patients. We have therefore decided to ask them for their thoughts and will use their feedback to decide on the best solution going forward.”

'Kick in the teeth'

The ongoing debate on whether cancer bells should remain in hospitals has sparked after a patient made national headlines saying it is a "kick in the teeth" for those still suffering.

The ceremonies, often shared by patients via social media, originated in the US and now feature at about 200 UK hospitals.

But critics are complaining that the bells are a "divisive and cruel" reminder for incurable patients on wards that they will never get to ring one.

Jo Taylor was diagnosed with cancer in 2007 and has undergone more than 80 rounds of chemotherapy.

The 50-year-old, who founded the campaign group After Breast Cancer Diagnosis, has called for the bells to be scrapped.

Writing in the British Medical Journal, Mrs Taylor said it's a "modern-day phenomenon" to celebrate "loudly and brashly".

She said: "For those of us living with recurrent cancer who have little prospect of being cured, hearing this bell being rung is like a kick in the teeth."

She added: "People think it's an encouraging thing to have a bell. I disagree, I think it's divisive and cruel.

"For me, it just reminds me of my own mortality and that I will never get to ring it because I will never finish treatment." 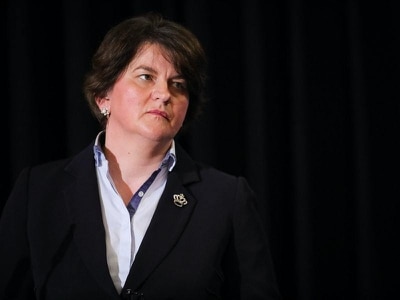