Latest figures reveal young people are more likely to emulate the habits of Cliff Richard than chain-smoking heartthrobs of old like James Dean.

The crafty fag behind the bike shed, the sneaky lager in the park. Once seen as part and parcel of teenage rebellion, it seems cigarettes and alcohol hold little appeal to today's teenagers.

While James Dean might have once been the pin-up on every teenager's wall, the latest trends suggest Cliff Richard may be more of a role model, with clean-living youngsters turning their backs on smoking and drinking.

NHS Digital's two-yearly report on Smoking, Drinking And Drug Use Among Young People in England, published yesterday, found that just two per cent of youngsters aged 11 to 16 had smoked, drunk alcohol and taken drugs recently, while 84 per cent had done none of these.

The figures reflect the findings of the Young Addaction Shropshire charity, which has said that a 'coffee culture' has led to fewer young people experiencing health problems associated with alcohol.

Team manager Sonya Jones said: "Certainly drinking is going out of fashion with young people. My referrals are reducing. We're not seeing as many young people presenting with alcohol problems as 10 years ago.

"People are adapting to a healthier lifestyle. They don't seem to be gathering as they used to."

The report showed that the number of secondary school pupils that had ever smoked had fallen to its lowest rate on record, at 16 per cent – compared to 49 per cent in 1996. The figure also shows a significant fall from three years ago, when 19 per cent of pupils had smoked at some time or other.

In 2017, 225 children were treated for alcohol-related issues at Shropshire's two main hospitals, a 46 per cent decrease compared to 2014.

Dr Penny Woods, chief executive of the British Lung Foundation, welcomes the drop in smoking rates – but warns that more still needs to be done to help youngsters kick the habit. She says it is disappointing that only two per cent of young people wanting to quit received help from their GP, and only one per cent from a stop-smoking service.

"It's encouraging that the number of young people smoking is continuing to decline, however it's clear that much more needs to be done to help young people quit," she says.

"Smoking is an incredibly hard addiction to quit and often starts in childhood."

The report also showed a clear link between pupils' happiness levels and their consumption of alcohol, tobacco or illegal drugs.

It is the first time the report, which surveyed13,664 pupils from 193 schools across England between September 2018 and February 2019, looked at happiness levels among the youngsters.

If found that 51 per cent of pupils who had recently drunk alcohol, smoked cigarettes and taken drugs had low levels of happiness, compared to 36 per cent of those who had done only one of those things, and 22 per cent among those who had not done any of them recently.

Dr Woods says: "Many young people smoke to cope with stress and 40 per cent of young people who have smoked recently reported being unhappy.

"This shows it's more important than ever that young people can access the best support available to quit.

"We must ensure all young people have access to vital stop-smoking support, to protect both their physical and mental health."

The report also found high anxiety levels among pupils who combined the three behaviours, with 38 per cent of those who had smoked, drunk and taken drugs reporting they were very anxious compared to a quarter who had done none of them.

The figures also revealed that youngsters from well-off families were more likely to drink alcohol, with 13 per cent of those from the most affluent families having consumed alcohol in the past week compared to seven per cent for the least affluent.

But while youngsters appear to be turning their backs on drinking, a quarter of pupils admitted to taking drugs at some time in their lives – unchanged compared to the previous survey in 2016. Disturbingly, it found that nine -per cent of 11-year-olds had tried drugs, rising to 38 per cent by the time youngsters reach the age of 15.

Younger pupils were more likely to have obtained drugs at school than older pupils – 22 per cent of 11 to 13-year-olds, compared with seven per cent of 15-year-olds.

But while youngsters appear to have few problems in getting hold of illegal drugs, it does appear that it is getting harder for under-aged children to buy cigarettes. The number of youngsters who reported buying cigarettes from shops halved from 46 per cent in 2014 to 23 per cent in 2018.

A quarter of pupils reported they had ever used e-cigarettes in 2018 ­— the same as in 2016 - with regular e-cigarette use at six per cent.

"As you would expect, some young people experiment but regular vaping among those who have never smoked is very rare and the results published today show that youth smoking rates are continuing to decline at an encouraging rate.

On the face of it, it seems remarkable that so many young people appear to be turning their backs on smoking and binge drinking.

In a new survey more than eight in 10 of those asked said they had not smoked, taken drugs or smoked alcohol recently.

The figure seems extraordinarily high, although it is certainly true that the high price of booze in pubs, and the extortionate cost of cigarettes, have probably priced a lot of youngsters out of the market.

It almost goes without saying that this is a good thing, suggesting that more young people than ever are looking after their health as well as their pennies.

Maybe the warnings about the dangers of alcohol and cigarettes are finally getting through after all these years, and the current generation are the pioneers for those who will follow?

Then again, cynics may say that it could just be that those who responded to the survey were simply being rather liberal with the truth. 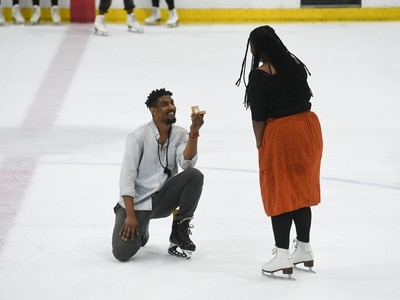