A decision on controversial plans to end births at Shropshire’s three rural maternity units will not be made until next year.

Almost a year ago it was announced births at Bridgnorth, Oswestry and Ludlow midwife-led units would be suspended for the foreseeable future.

The in-patient wards reopened in January last year, following a six-month closure amid concerns about staffing levels, but there were repeated overnight closures.

Chris Morris, chief nurse for Shropshire and Telford & Wrekin Clinical Commissioning Groups, told a recent meeting of Shropshire Council’s Health and Wellbeing board that a public consultation over plans to shake up services was now likely to start in September.

She said: “The units remain closed while the on-going maternity review is taking place. They are closed to births but open for care currently.

“If all goes to plan we are hoping the public consultation will start in September and last eight weeks. This will then go to the CCG boards in the new year. In the meantime births are continuing as normal at Shrewsbury and Telford.”

Under the proposals women will be able to give birth at the consultant-led unit at Princess Royal Hospital in Telford, at the hospital’s neighbouring midwife-led unit, at a midwife-led unit at Royal Shrewsbury Hospital or at home. A series of maternity ‘hubs’ would also be created to support women before and after birth.

Health bosses said more than 98 per cent of women were giving birth away from the rural midwife-led units.

The closures and delays in starting the public consultation have angered campaigners.

Both Shropshire and Telford & Wrekin Clinical Commissioning Groups signed the plans off early last year for people to have their say, but health bosses then revealed the proposals had to go through NHS England's assurance process.

Liz Grayston, one of those who led the campaign to keep the Oswestry unit open, said: "The public consultation has been pushed further and further back.

"It's becoming more and more a done deal. There is no intention of reopening them.

"People miss the fact and are sad they can't give birth there. More women are now going to Wrexham to give birth.

"We did the petition, we've marched, people don't want to give up but there doesn't seem to be any accountability whatsoever."

Bobbie Brown, coordinator of the Save Bridgnorth Maternity Unit campaign, said it was 'outrageous' that no decision will be made until next year.

"Even after the consultation I don't think they will listen. I think a lot of people have lost faith.

"I will encourage people to have their say and support what they want because it's a service we've had in the town for so long."

Earlier this week it was announced that Shrewsbury and Telford Hospital NHS Trust, which runs the midwife-led units, would be investing almost £15 million in recruiting to 200 positions, including doctors, nurses, midwives. 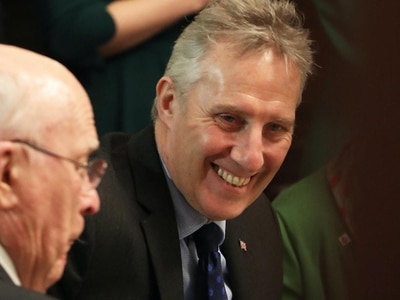