Telford youngster Sienna finding her feet thanks to Spider

Just three years ago, Telford youngster Sienna Maiden-Cannon was unable to walk. But now, thanks to the help of a unique piece of equipment, the 10-year-old is building up her strength to take her first steps on her own.

Sienna and her mother Gia have long been fundraising to help Sienna get the therapy she needs to help her find her feet.

And now the youngster from Admaston is using a unique piece of equipment called the 'Spider' machine at the renowned Footsteps Centre to help her on her way.

Sienna was born with global physical and mental development delay, which means she is unable to talk and has difficulty in her everyday life.

Doctors told her she would never be able to walk – but thanks to a lot of fundraising, in 2013 she was able to take her first aided steps.

Following months of fundraising, Sienna underwent a three-week treatment with the Oxford-based charity the Footsteps Centre.

It uses pioneering therapy, developed in Poland, which has shown marked results in children with challenging development-related conditions.

And now, on her eighth session at the centre, using the Spider is allowing Sienna to have intensive physiotherapy with a series of elastic ropes which creates a 'spider's web' holding her in a perfect postural position in which to exercise. The Spider is set up so that therapy is especially tailored to Sienna's needs and even enables her to go on a treadmill which would otherwise not be possible.

The Spider gives Sienna a unique experience of moving and balancing in crawling, kneeling, one-legged kneeling and standing positions, whilst concentrating on creating essential movements such as supporting, reaching, grasping and holding.

Her mother Gia Cannon said: "Sienna had really sensitive feet and hands and used to lift her feet up to avoid standing and dropped anything in her hands.

"She also used to hyper-extend her head really badly.

"Now with the help of the Spider Sienna is gaining confidence and is becoming more independent all the time.

"Through our time at Footsteps she has worked hard at desensitising her feet and hands and changing the way she stands.

"It is also all about strengthening and building her confidence. Transferring her from A to B is easier and she can now sit properly in the car and we don't need a wheelchair vananymore because she doesn't need to go in a wheelchair in transport.

"It is so exciting and we really hope she is getting close to taking her first independent steps. Just before the October half term, she finished her eighth treatment and she did actually take two steps on her own so it has been life changing really, really really good."

"In conjunction with the Spider, traditional therapeutic equipment including balls, rolls, trampolines and ladders are also used. "Sienna is showing significant progress which everyone around her is delighted about."

Gia added: "One change I didn't expect is the physiotherapy has opened my eyes to how much Sienna understands and we have to be careful not to do everything for her and make all her decisions so it has changed how we are bringing her up.

"Who would have thought a spider would be so life-changing for all of us." 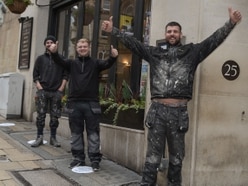 Dining out | Last updated: 6 hours ago 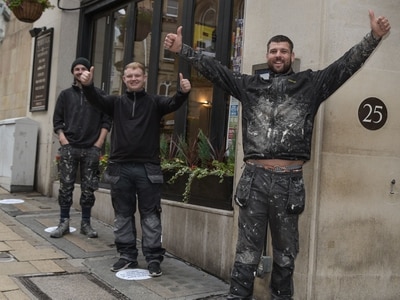 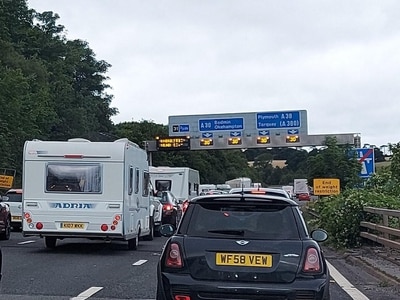