A sleek, glass-fronted train glides into the station, beneath a roof covered in huge solar panels, which helps the building achieve zero carbon emissions. The Bombardier-Hitachi design for the HS2 train 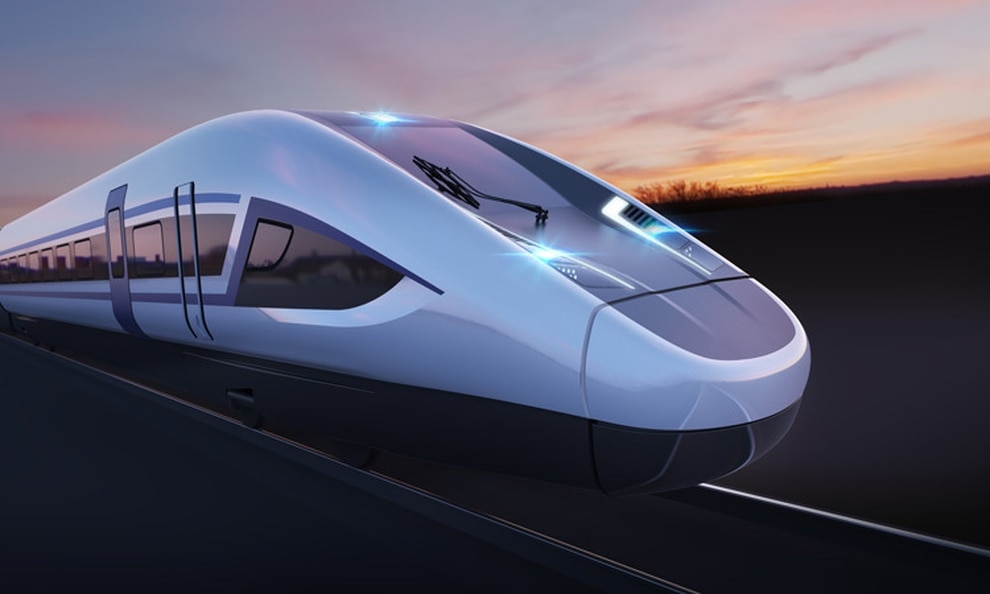 Siemens has also designed a train for the line 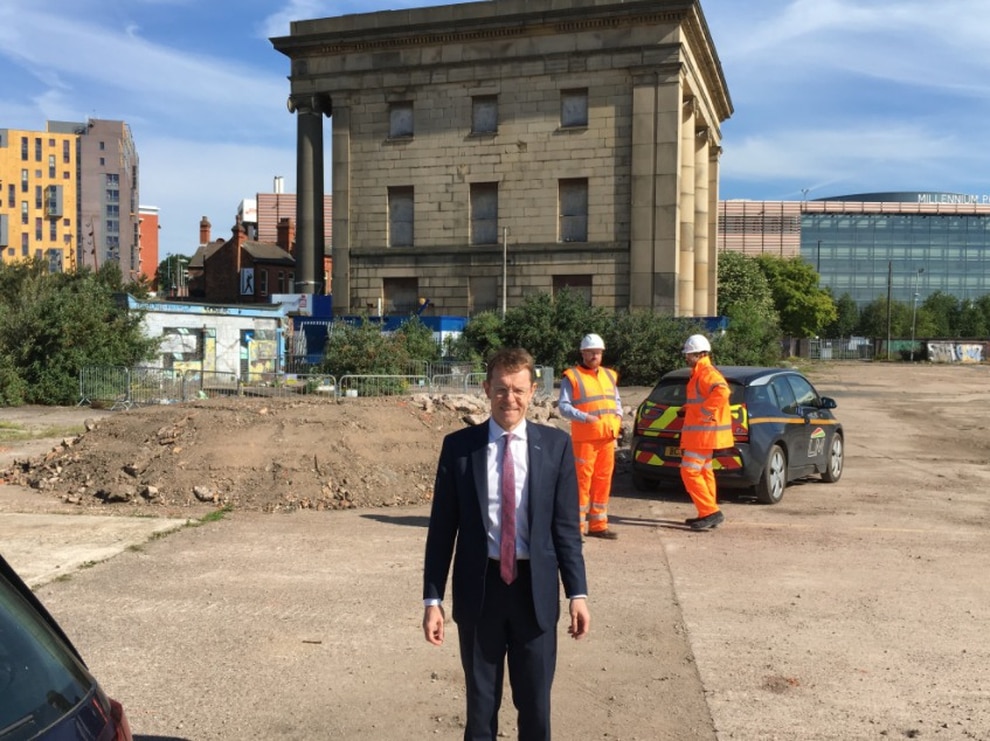 The CAF design for an HS2 train

That is how rail travel in the West Midlands could look within six years – at least for the HS2 station in Birmingham. The team behind the controversial rail line, which will bring the Second City within 52 minutes of the Capital, has released new details of its plans for its new station at Birmingham’s Curzon Street. It claims the new station will be powered entirely by renewable energy thanks to a number of cutting-edge design features, including enough solar panels to cover the area of a medium-sized supermarket.

“Using renewable technologies and lean design, Curzon Street station will be a shining example of how HS2 is helping the UK to achieve net zero carbon emissions by 2050,” she says.

“Working with our supply chain, HS2 is pushing the boundaries of innovations in carbon reduction.”

She says clever design features mean the building will be self-sufficient in its energy consumption. The water supply will come from the station’s own rainwater harvesting plant, while energy will be sourced from a combination of solar power and ground-heat pumps which make use of natural heat below the earth’s surface. The canopies above the platforms will be decked out with solar panels covering 31,000 sq ft – about the size of a branch of Aldi. Use of energy-efficient measures, such as LED lightbulbs will keep consumption to a minimum.

Tim Danson of WSP says the 160-strong WSP team, based at Birmingham’s Mailbox, has been working for two years with architect Grimshaws and Grants Associates, which is in charge of landscaping.

“HS2 and the delivery team have set the bar very high when it comes to sustainability,” he says, adding that more than 40 companies have been involved in the design. He says it has been shortlisted for the Institute of Environmental Management and Assessment awards.

At the moment, five bidders are competing for the contract to supply the 225mph trains which will run on the track. The tendering process restricts the amount of information available, but all five bidders have produced images of broadly similar designs, with highly aerodynamic, steeply raked fronts with large glass areas.

Birmingham MP Liam Byrne, who is Labour’s challenger to be the next West Midlands regional mayor, has said HS2 trains should be built in the Black Country, and has even offered to identify suitable sites for the manufacturing process. It does look unlikely this will be the case, though, regardless of which bidder wins the £2.75 billion contract.

Hitachi, which already has the contract to build the new hybrid trains which will provide inter-city services in the West Midlands from 2022, has teamed up with Canadian giant Bombardier. The consortium has made much of the ‘Britishness’ of its trains, which will be produced at Hitachi’s base in Newton Aycliffe, County Durham, and Bombardier’s Derby works. The train will share a platform with the Trenitalia Red Arrow train in Italy, which gives a pointer to the likely specification of the design. Trenitalia is one of the partners in the Avanti West Coast franchise, which will be operating the HS2 franchise, but whether that will give the Hitachi-Bombardier partnership any advantage is not known.

Spanish-based CAF, which has also supplied trains to Trenitalia, is also in the running. The company has recently won a contract to supply West Midlands with its new Class 196 diesel multiple units, which are due to enter service later this year.

The snake-like CAF design, arguably the most distinctive looking of the quintet, is based on its Oaris platform which has been operating in Spain since 2015.

Rival Spanish giant Talgo has also tendered a bid, and says it would hope to build its train in the UK, but has not indicated a preferred site. It will be based on the Avril design, which has been in operation in Spain since 2016.

French-based Alstom, best known for its work on the TGV high-speed services in its home country, can claim that it has already supplied Britain’s first high-speed rail network, producing the original rolling stock for the HS1 Eurostar service from London to Paris. Its German rival Siemens has similar pedigree, producing the e320 trains which serve Eurostar service today.

The environmental claims are unlikely to cut much ice with the Stop HS2 campaign, though, which says the project will have a devastating effect on Britain’s countryside. The group claims that 108 ancient woodlands are set to be damaged by the scheme.

North Shropshire MP and former environment secretary Owen Paterson, who backed HS2 while in government, has also changed his mind and called for the scheme to be dropped. One of his concerns is the disruption the work will bring to Woore, a small village in his constituency which would see 300 vehicle movments a day over six months. He has also highlighted the rising cost of the scheme from an initial £32.6 billion, with some estimates now putting the cost at £100 billion. He says the money would be better spent on developing Britain’s superfast broadband network instead.