All quiet on the Shrewsbury front

Shrewsbury, 11am, Monday. And I have decided to conduct a little experiment.

It is to sit at the top of Pride Hill and count all the people in the near distance. So I do. And the answer is roughly 20, with some more further on down the street.

It's like that cliche in the Westerns. Shrewsbury is quiet... too quiet. Not quite dead, because although all pubs and cafes are closed, as are some shops, some shops are open, although they have so few people in them that it's not always obvious that they are.

You'll want to know if folk out and about in Shrewsbury have been obeying the social distancing guidance. Actually, there are so few people about that it's hard to tell. It's safe to say that at the time I was there, there were no crowds, or even mini-crowds, mostly singles and couples, and the occasional small family units.

With the schools closed, I was expecting to see lots of children about. There were far fewer than I expected.

My taking of the temperature in Shrewsbury began with a visit to the Meole Brace retail park to get a flavour of the panic – but there wasn't any.

Inside Sainsbury's, where I popped in to buy a couple of items, all was calm, and no queues at the checkouts (although I used self scan anyway).

There were depleted shelves for things like tissues, but there were loo rolls on sale if you wanted them. The wine aisle also was depleted, maybe as a result of alcohol being a non-essential stock rather than through panic-buying.

At the Raven Meadows multi storey car park in the town centre I parked on level three. My car was just one of seven parked cars amid a sea of empty spaces.

"Is this normal?" I asked, or rather shouted from a safe distance, at a lady packing her car.

"It's usually full at this time. Normally you have to go up lots of floors to get a space," she told me.

At the bus station I asked a couple of staff how things were going, but they referred me to the head office. However, the empty bus spoke for itself.

I did see the same bus driving up Castle Foregate a few minutes later. It had one passenger.

At Pomona Grocery on Castle Gates, Des Walker told me: "We have been phenomenally busy for the last week, both with the shop and our home deliveries. That's the good news. The bad news is we have pretty much lost our wholesale business, which has gone down to a trickle, with our wholesale customers, pubs, restaurants, and cafes, being mostly shut, and the ones which are open doing a tiny amount of takeaway."

A little further up the street, 75-year-old Mrs Cynthia Jones has been to Marks and Spencer to exchange some goods she bought at the weekend.

I tease her, saying she shouldn't be out, to which she laughs.

"I'm expecting a letter," she says. "I walk to keep fit anyway."

M&S is indeed open. It's a mixed picture. H&M, for instance, isn't. Inside the Darwin Centre, the Laura Ashley store is open too, offering up to 50 per cent off.

Towards the bottom of Pride Hill I give to a homeless man in a doorway and stop for a chat.

"It's hard enough being homeless as it is, and even harder now," he says. His dog yaps.

He's been homeless for 13 years and is not at his usual pitch, which is next to Moss's suit shop.

In the Quarry, a few people are enjoying the pleasant spring sunshine, including a couple sitting on a bench, both reading books. They had come to town to buy some bread. What's been happening in the supermarkets is disconcerting, they say.

"There are empty shelves, and there seems to be no rhyme nor reason as to why people are buying so many things," says the lady.

The couple say they try to walk into town every day and normally would pop into a town centre coffee shop, but with coffee shops closed, have come to the Quarry to relax instead.

On the path by the river, another couple are walking their dog. If they didn't have the dog, they wouldn't be going out, they tell me (from a safe distance).

"We're in our 70s. We're that bad!" says the husband with a sense of mischief as he leans against Hercules' statue.

"I've got COPD (chronic obstructive pulmonary disease). They say that I should stay in altogether. But you have got to get some fresh air sometime."

His wife chips in some mitigation: "We don't mix."

Walking back through town the homeless man has moved to his normal spot, because he didn't like being in the sun.

At the bus station, there are still only a handful waiting for the virtually empty buses.

Better news in level three of the Raven Meadows car park as I leave. Where there had been seven cars parked, there are now eight. 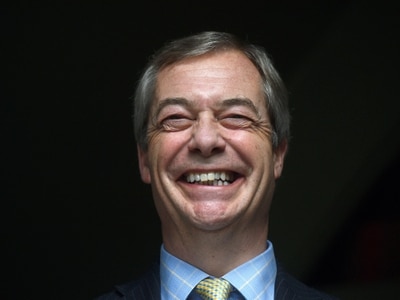