A view of the indoor stadium, RAF Cosford, in January 1982. 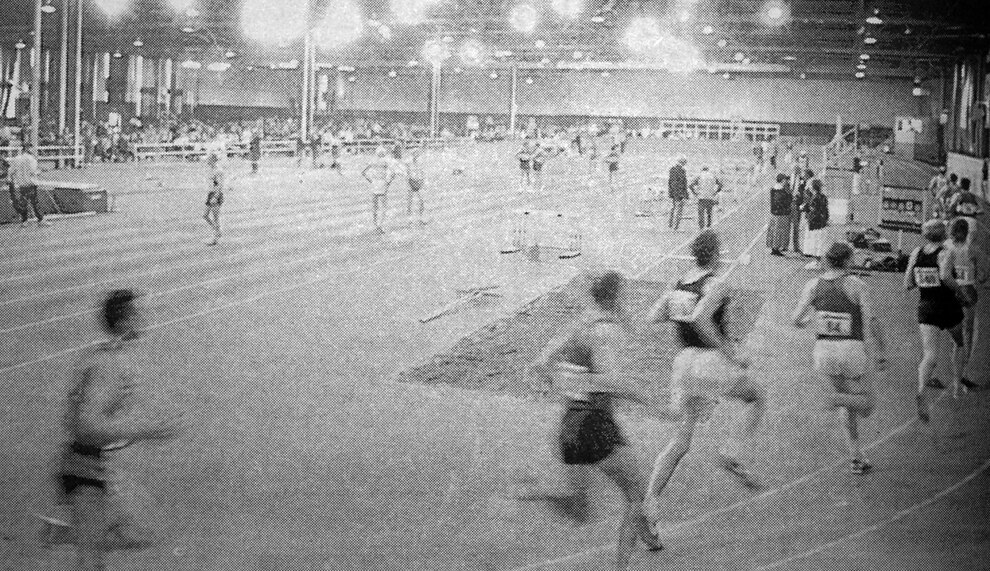 The RAF Cosford Indoor Arena at its last meeting in March 1993 before it closed forever. These runners are taking part in the 200m race. 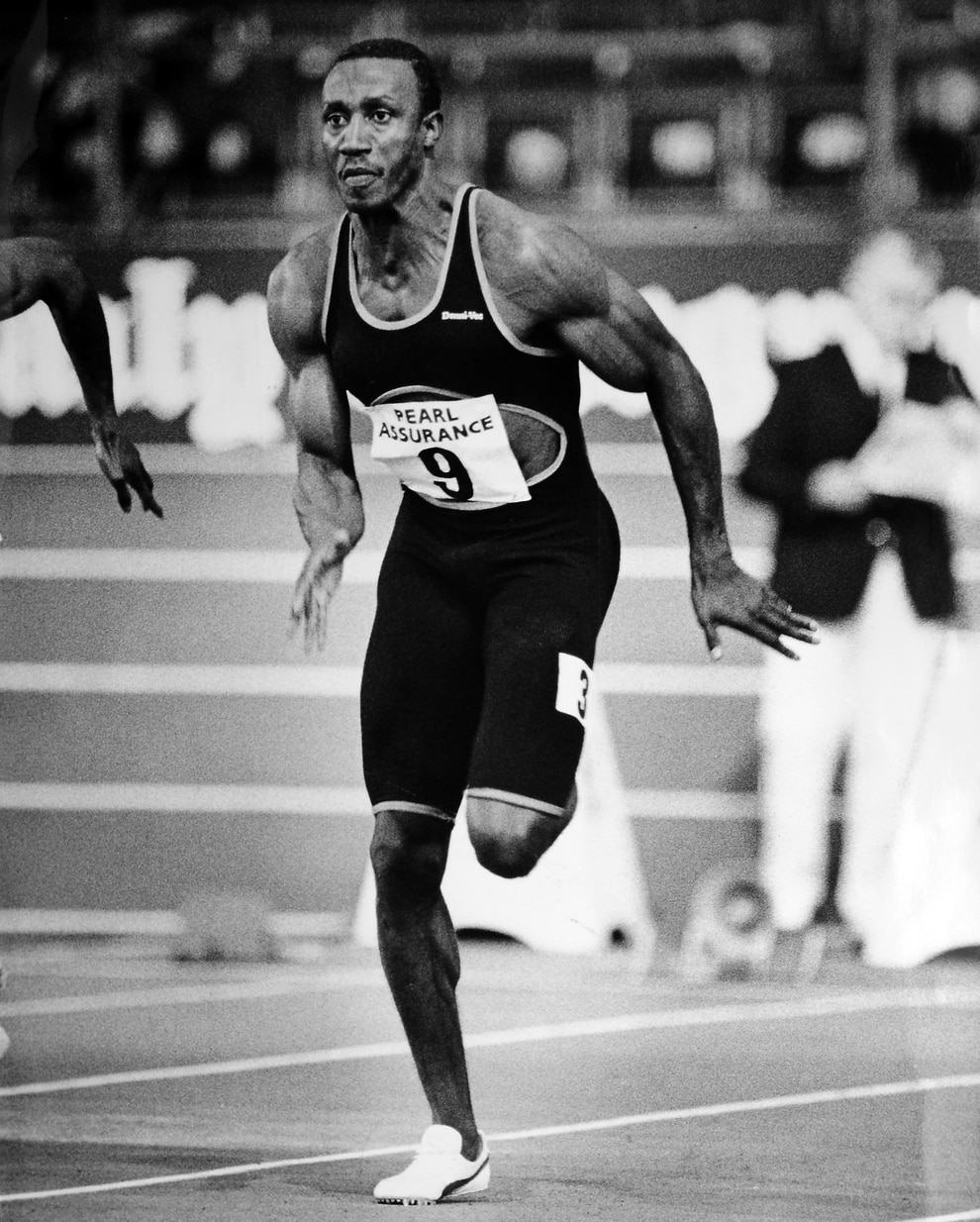 Linford Christie powering home to win the 60 metres at a meet at Cosford in March 1990.

For decades RAF Cosford was the home of British indoor athletics, drawing some of the top names, like Seb Coe, Linford Christie, Daley Thompson, Michael Johnson, and Zola Budd.

Televised top class international meetings were held in a huge hangar which had been turned into an athletics stadium – RAF Cosford Indoor Arena.

But time marched on, new venues rose in stature, and for Cosford the final crossing of the finishing line came on March 20 or 21, 1993 – newspaper reports vaguely said it was “at the weekend”, which is why we can’t be certain which date – when it staged its last indoor athletics meeting.

It was a British veterans championship and among those present were two athletes who had been at Cosford on the first day 38 years before. Wolverhampton’s Allan Meddings had won the 60 yards, and Solihull’s Colin Simpson was third in the 660 yards and mile, in November 1955.

We managed to catch Allan for a chat on the phone at his Wolverhampton home just before he left for one of his twice-weekly training runs at the Aldersley stadium.

"I go running around for an hour to keep myself healthy," explained Allan, who turned 92 last month.

According to a website the birth of Cosford as a sporting venue came on November 9, 1955, using a flat, 160-yard track. While Allan took part in the first meeting in November 1955, he had in fact been running at Cosford for some time already.

"Around 1951 to 1952 Bill Marlow and me used to run at Cosford on the concrete floor which we marked out with chalk. He was a schoolteacher in Wednesfield and went on to become one of the head coaches for what in those days was the Amateur Athletic Association.

"Things developed and later on we put a circular track around by using scaffolding planks, and I'm not joking. And then it developed into a proper track.

"The first championships that took place was a 60 yards, as it was in those days, and I won. And the last meeting at the indoor arena was the masters championships. I was 65, I think."

The final of the 60 metres on that day in March 1993 was delayed to make it the final event, and Allan won to cement himself a place in sporting history.

Allan, who used to run for Wolverhampton until 1951 but left and joined Birchfield Harriers, of which he is a life member, says Cosford was very popular in its heyday.

"In one part of the hangar you would have long jumping, in another the shot put, and we were running around the track. It was very family orientated."

The feature many will remember about the Cosford venue was its banked board track, which opened on February 27, 1965.

While Cosford was for many years Britain’s premier athletics venue, it was not without its detractors, who included Linford Christie.

“It’s concrete hard and when I run it makes me so stiff that it takes days to recover properly,” he had complained.

Cosford’s importance declined in its last years and it had bowed out of top class international athletics on February 17, 1991, with a meeting billed as the highest quality, and most expensive, indoor invitation meeting British athletics had ever staged.

Cosford was thereafter superseded by the NIA in Birmingham and Kelvin Hall, Glasgow, and the venue disappeared forever with that March 1993 British veterans championship, with the RAF thereafter taking up the space in the hangar for its own uses.