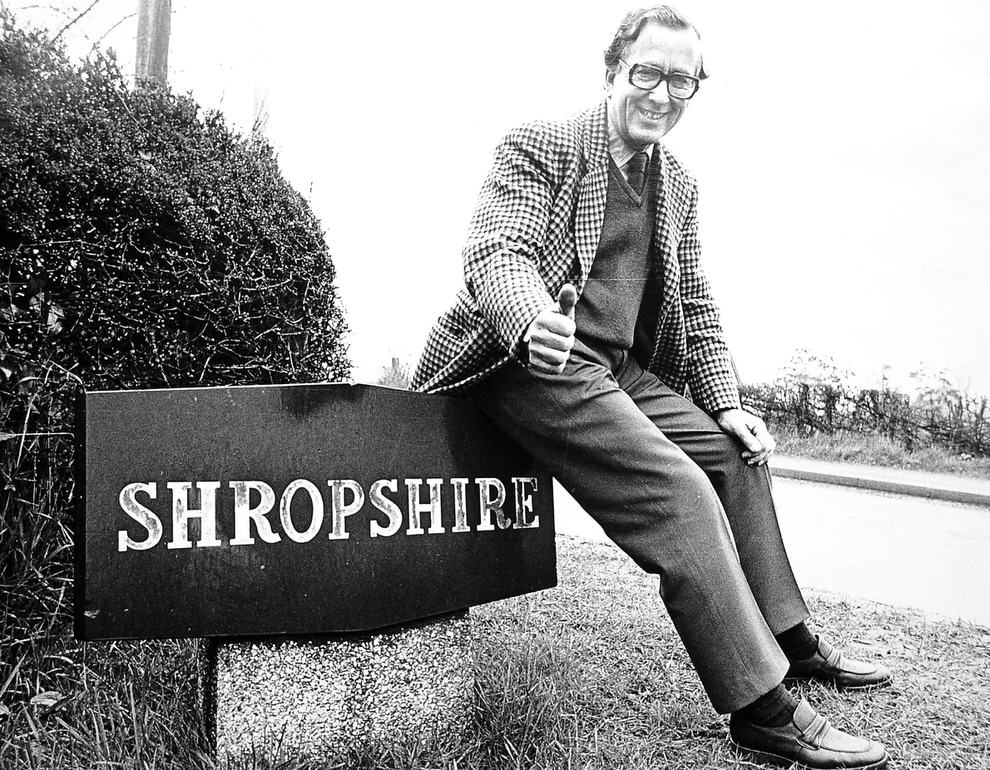 Colonel John Kenyon led the campaign in support of "Shropshire." 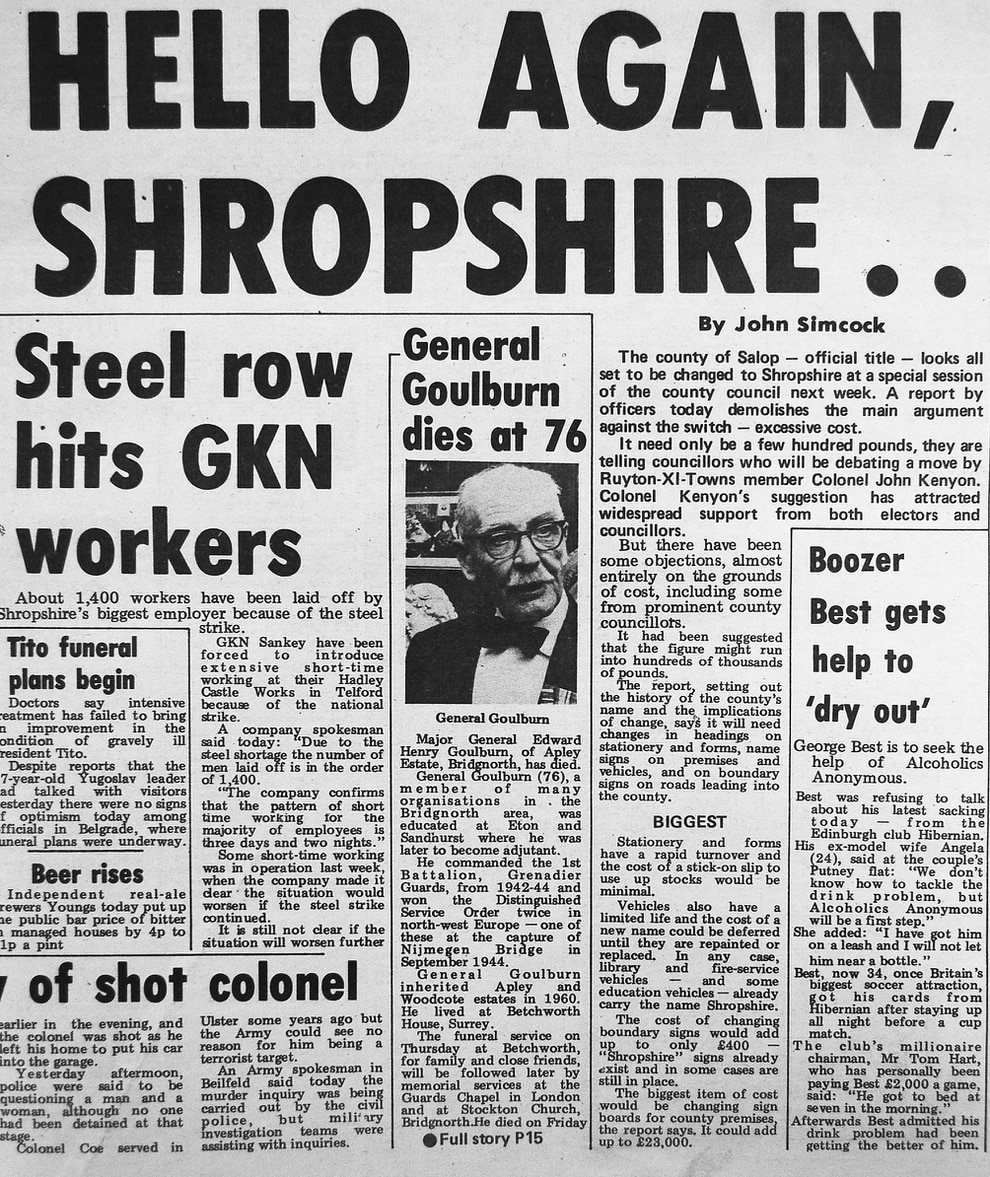 Salop forever. The name Salop is kept alive – this 1992 picture was taken at Salop Caravan Centre at Meole Brace.

On March 1, 1980, a "peaceful revolt" in Shropshire led by a retired Army officer inflicted a defeat on the establishment and ushered in a simple, but longlasting and profound, change.

At issue was a fundamental question – should the county be known officially as Salop, or as Shropshire?

Colonel John Kenyon, a county councillor from Pradoe, West Felton, and a member of one of the county's oldest families, said the Shropshire name was in danger of being replaced by Salop, which caused much amusement among French tourists.

This was, he explained, because salope in French meant slut, or prostitute.

He had begun his campaign to save the Shropshire name in the autumn of 1979 and hoped to get support from parish councils and other organisations.

He said Whitehall and other government departments referred to Shropshire as Salop, and all road signs at the county approaches were being replaced with Salop signs.

"We Shropshire men and women are in danger of losing our county's true identity," he said.

"This is being done by the hasty whim of a bureaucratic machine which has in no way taken into account the traditions, history, and wishes of the people of Shropshire."

It was a campaign which received overwhelming backing from the public. A poll of Shropshire Star readers showed 1,138 were in favour of “Shropshire” as the county’s official name, while only 30 wanted Salop – a majority of 38 to one.

Those who opposed the switch did so mainly on grounds of cost. To change all the signs, letterheads, and so on, they argued, could run into hundreds of thousands of pounds.

That objection was demolished in a report by the officers of Salop County Council, as it was then, which pointed out that library, fire service vehicles, and some education vehicles, already bore the name Shropshire, and that name was also already used in some county boundary signs.

Biggest expense would be changing sign boards for county premises, their report said, which could add up to £23,000.

Colonel Kenyon said the actual cost of the switch was £400, and private individuals had offered more than that to cover it.

The crunch came at that special council meeting on Saturday, March 1, 1980, and there was a high bar, as to switch from Salop to Shropshire needed a two-thirds majority.

In the event, 48 councillors were in favour of adopting Shropshire, and only five against.

One of those opposed was Councillor Frank Wycherley, who feared that the historic name of Salop could be lost.

"It would be a crime to lose Salop and I will oppose the motion," he said.

He sympathised with tradespeople whom he said would have to bear the expense of changing their letter headings.

However, Councillor Mrs Elizabeth Holt, who seconded the motion, said Salop was used as an abbreviation and there was no reason for people to change letter headings.

One of the councillors was Warren Hawksley, who was also the Wrekin MP.

"Whether it is a few hundred pounds, or a few thousand pounds, I don't think we should consider spending a single penny changing it," he said.

The name change from Salop to Shropshire came into effect a few weeks later, on April 1, 1980. It meant altering headings on council stationery and forms, signs on buildings, signs on vehicles, and at county boundaries. However, it could be done by deferring alterations until repainting and replacing was needed in the normal course of things.

Afterwards Councillor Kenyon said: "The people of the county have won what I consider to be a victory over the insensitive hand of Whitehall."

Of course, his victory did not see the end of Salop, which continues to be used both by some businesses in their titles and in other contexts, such as football. Come on you Salop!