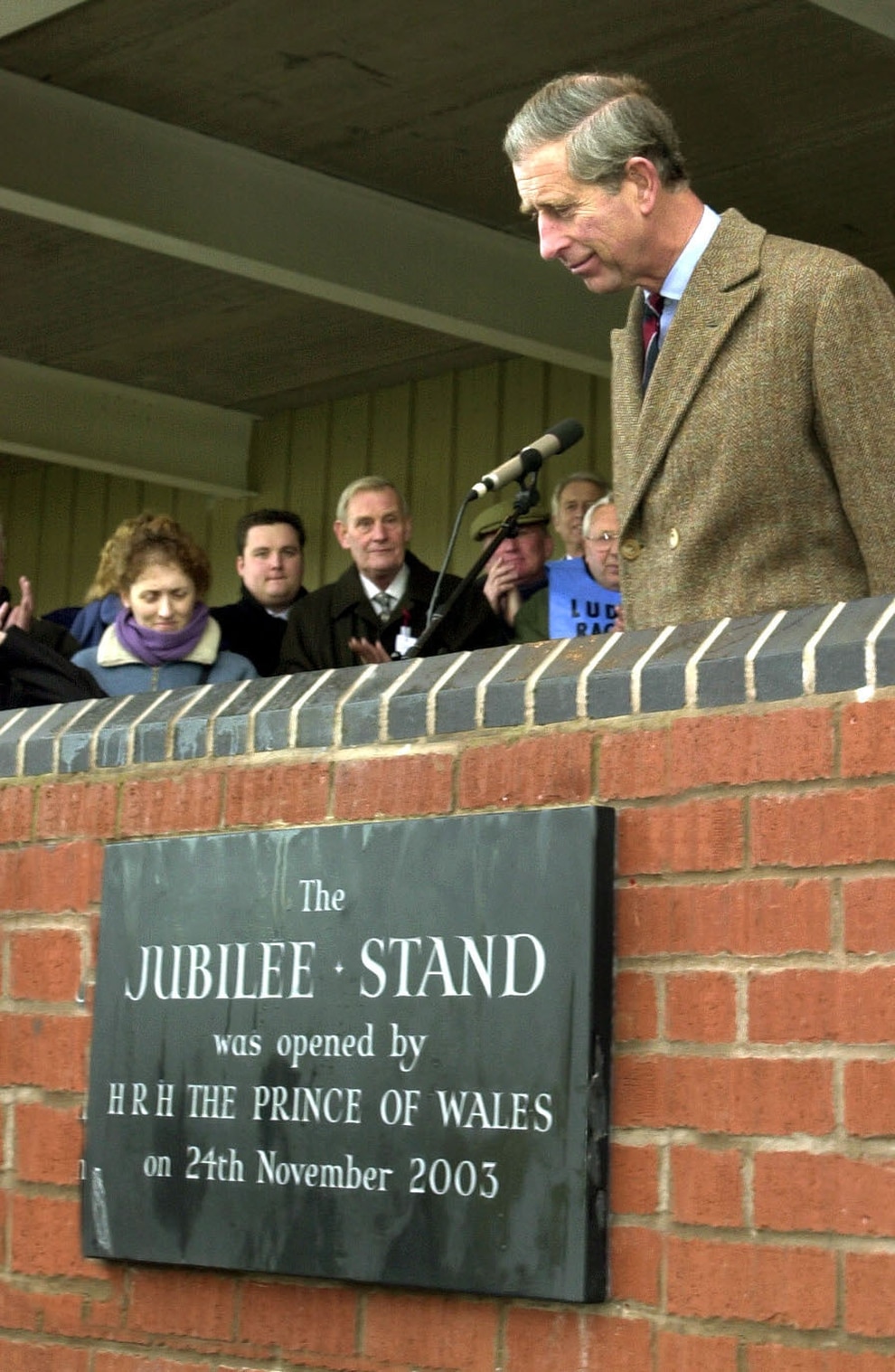 Prince Charles takes a look at the plaque after the unveiling The new stand at Ludlow Racecourse. 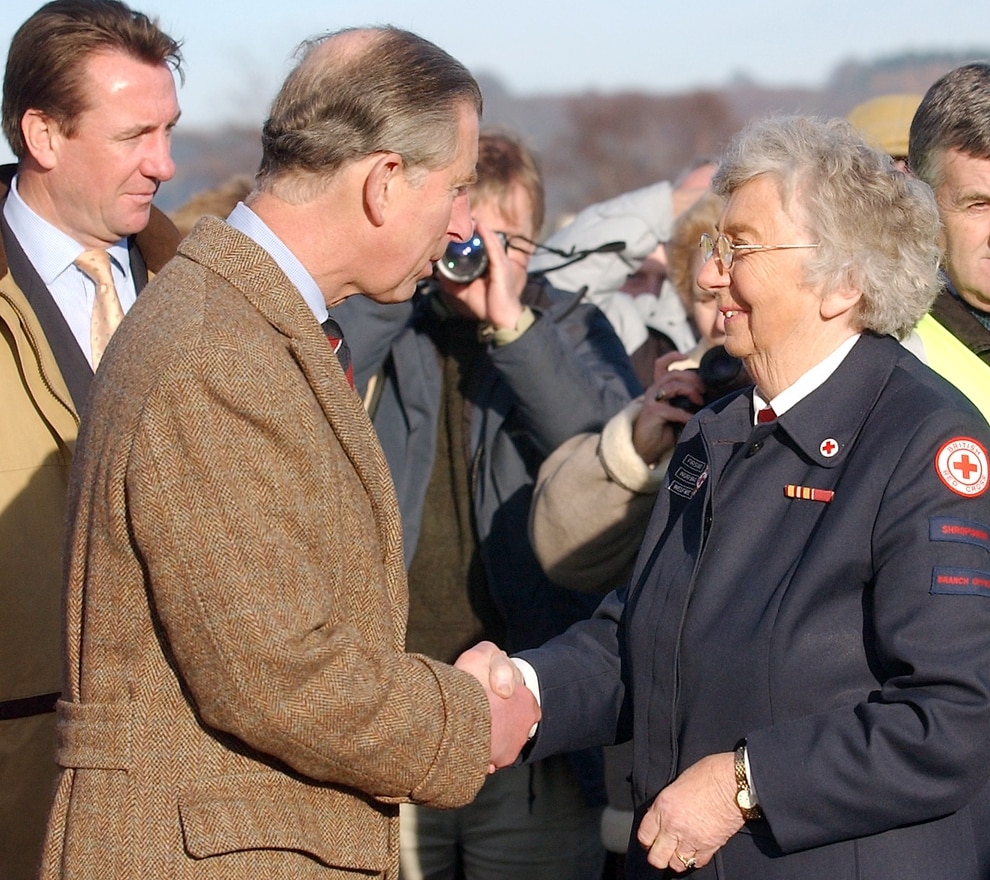 Prince Charles meets Cynthia Scott from Ludlow, a member of the British Red Cross, who had also met the prince on his previous visit in 1980

Well, he made it in the end.

And for Prince Charles, his visit to Ludlow racecourse on Monday, November 24, 2003, brought back some fond memories.

He dispensed with his official speech and spoke from the heart about the course where he had ridden 23 years previously in the first race on his own horse.

The prince had originally been due to visit to open the new £650,000 Jubilee Stand on December 12, 2002, but that was scuppered at the last minute because a snowstorm stopped his helicopter from getting there.

"Better late than never, as they say," he told the crowds.

He had made his debut as an amateur jockey early in 1980, but on October 24 that year was riding the first racehorse he owned, Allibar, in the £1,200 Clun Amateur Riders' Handicap. He came second.

"I will never forget when I was riding here," said the prince.

"During the first circuit I led all the way round, but on the second I suddenly heard a whip cracking and everybody overtook me."

There was a wider significance to the 1980 visit too which understandably he did not mention, in that among those watching were both his future wives.

At the centre of a media storm was Lady Diana Spencer. It was the first time they had been seen at the same event in public. Diana's female companion attracted little attention, but was actually Camilla Parker Bowles.

Charles and Di divorced in 1996, and she was killed in a car crash the following year.

Charles had been heartbroken when Allibar had collapsed and died while out training just a few months after he had raced him at Ludlow.

He unveiled a plaque officially commemorating work on the Jubilee Stand, reading "The Jubilee Stand was opened by HRH The Prince of Wales on 24th November, 2003."

The new stand, accommodating up to 300 people, had state-of-the-art hospitality features. There were new VIP boxes, an exclusive dining area, and other adaptations to make sure racegoers enjoyed their visits.

It was designed in the style of an 1820s building, to mirror the original structure.

There had been a lucky escape for the course on December 18, 1991, when a serious fire caused damage running into hundreds of thousands of pounds.

However firefighters managed to stop the flames reaching the grandstand. The blaze was thought to have been started by workmen with a blowtorch.

The fire saw a motley selection of mainly wood and corrugated iron buildings replaced with a brick-built complex with much improved facilities.

But it was not without some sadness that racegoers mourned the loss of those ramshackle rooms which housed the owners’ and trainers’ area, stewards’ bar, members’ restaurant and bar and kitchens.

The course at Ludlow is one of the oldest in the country. Racing began on the present site in the 1700s and the course is marked on the first ever Ordnance Survey maps.

The Race Club at Ludlow was formed in 1871 when the original track, the first version of the present hurdling course, was opened and the steeplechase course was added later.

By the way, weather permitting, the next scheduled meeting at Ludlow is today, November 25.