Lottery has put Shropshire on the sporting map

To see how sport in the West Midlands has benefited from the National Lottery, take a look around the National Sports Centre at Lilleshall.

All thanks to a £6.9 million grant through the National Lottery.

Over the past 25 years, the National Lottery has seen an incredible £371.6 million given out to community sports projects across the West Midlands, with a total of 3,767 grants being handed out – equivalent to one every three days.

And the impact this has had on the UK's success in the sporting arena is marked. Back in 1996, the Great Britain and Northern Ireland Olympic Team won just one gold at the Atlanta Olympics. Twenty years later, the rebranded Team GB took 67 medals, 27 of them gold, at the 2016 Olympics in Rio.

The facilities at Lilleshall have played a major role in that success. The centre, near Newport, is home to British Gymnastics and Archery GB and is used by the leading competitors in those sports as well as the wider community.

Wolverhampton-born gymnast Kristian Thomas, who trains gymnasts at a club in Telford and took bronze at the 2012 Olympic games in London, says the lottery has had a huge impact on his sporting career.

"I was able to do the sport I loved thanks to the National Lottery and players," he says.

"It’s everything which comes with it in terms of the access to the best medical advice, physios and nutritionists which is the main thing."

Shrewsbury para-canoeist Kelda Wood, who earlier this year made history as the first adaptive rower to single-handedly cross the Atlantic, says lottery funding was crucial to her development in the sport.

"I received lottery funding for the three years up until the 2016 Paralympics in Rio," she says.

"I think it's invaluable, as it allows you to focus on your sport. I wasn't in the top band, I was still having to work part-time, but it did mean I could commit a lot more to my training.

"The benefits are even greater for the very top performers, who are in the highest band and are able to focus 100 per cent on their sport," she says.

But Kelda says that even more important has been the support that has been available to help her charity, Climbing Out, which support youngsters who have suffered life-changing injuries, illnesses or traumas. The charity runs five-day courses based around outdoor activities such as kayaking, climbing and abseiling, and has for the past three years received approximately £10,000 a year towards the cost of this.

And while the lottery has made a huge difference in supporting elite athletes, by far the vast majority of funding has gone to grass-roots organisations.

For example, in 2017, the lottery awarded a £7,145 to the bowling authorities in Shropshire to buy five seets of modern bowls coaching equipment to encourage more people to take up the game. In the north Shropshire village of Woore, Sport England awarded a £65,000 grant which helped save the village's bowling green from development.

In Hednesford, near Cannock, a £390,000 Sport England lottery grant turned a derelict former sports ground into the Fives pavilion, with a full-size floodlit artificial grass pitch, spectator area, car parking and changing rooms. Bridgnorth Leisure Centre was awarded £150,000 in 2016 to improve its changing rooms and make it more accessible for disabled swimmers.

Lottery money has also been used to fund Energize Shropshire, a sporting partnership aimed at encouraging harder-to-reach groups to take up sport, and This Girl Can which aims to encourage women to take up sport. 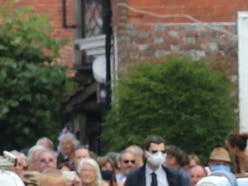 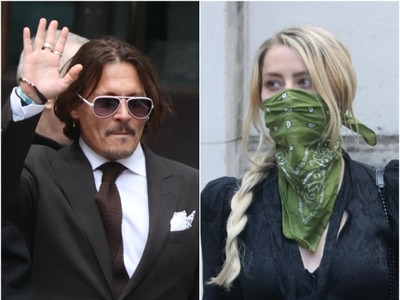 G4S to pay out £44m to settle electronic-tagging fraud case