The hit which changed lives forever 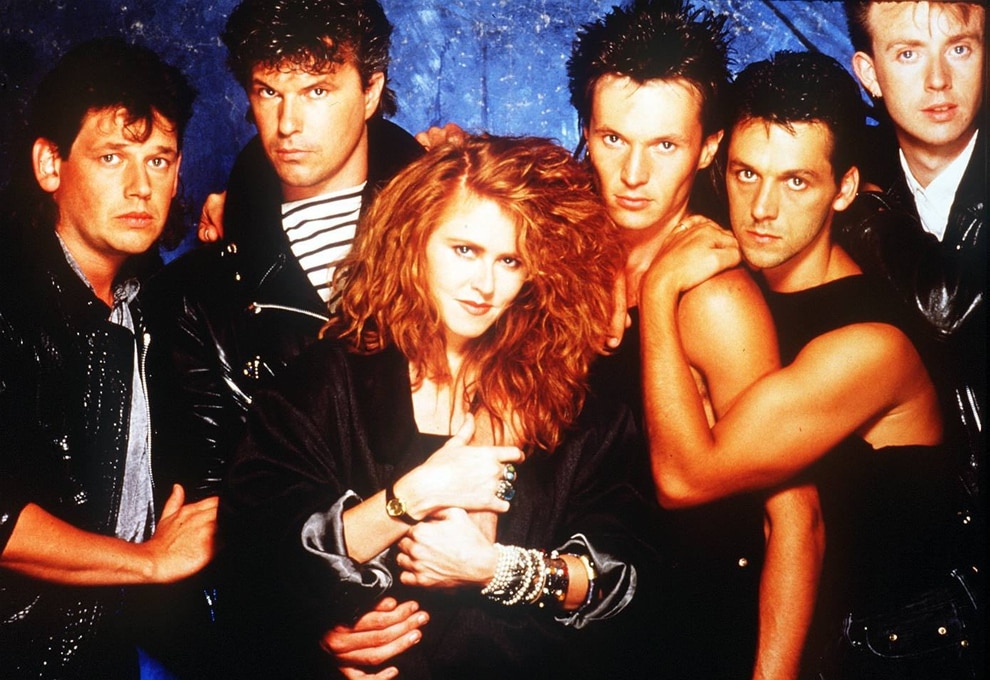 Before the big time... Carol in 1982, when she was lead singer with the Shropshire group The Lazers. Carol back in Shrewsbury, and near the Three Fishes pub, where she worked for a time as a barmaid. This picture is from her autobiography Heart And Soul.

November 1987 and China In Your Hand seemed to be at Number One forever.

It was the biggest hit for Shropshire's biggest ever band. Will Shropshire ever again see (and hear) anything like it?

It spent an amazing five weeks in the top spot in the days in which being at Number One still really meant something.

The band was T'Pau – named after a character in an episode of Star Trek. And the song which became almost their theme tune had been written in a loft flat at Pengwern Boat Club in Shrewsbury.

They were fronted by Liverpool-born Carol Decker, whose family moved to Hordley Road in Wellington when she was seven, and who attended Wellington Girls' High School.

Although her parents later moved away to Nuneaton, Carol returned to Shropshire and after a while joined a local band called The Lazers.

Carol teamed up personally and musically with Ronnie Rogers, a BT engineer from Shrewsbury, and together in that flat in the county town they wrote over 35 songs, including the one which was to have such an impact on their lives.

In her autobiography Heart And Soul, Carol described the genesis of the monster hit, while they were recording their debut album, Bridge of Spies, in America.

They were a song short, and she had a cassette in her bag of a piano vocal idea that they had started before leaving the UK.

"It was a very simple vocal, no harmonies, and Ronnie had roughed out the chords on the piano. It was China In Your Hand.

"Roy (the producer) instantly thought it was a fantastic song. I had most of the lyrics for it, it just needed a little tidying up."

From then on, it grew and grew by the day, with the addition of things like pizzicato strings, layers of guitar harmonies, and a fashionable saxophone break.

Back in the UK, Heart & Soul was released as their debut single, but bombed. But while the band licked their wounds in Shrewsbury, the single was on its way to becoming a huge hit in America, and in time was rereleased in the UK and became a UK hit, leading to the band's first appearance on Top Of The Pops.

"Although Heart & Soul was a huge breakthrough song for us, China In Your Hand was the one that changed the game. It changed all of our lives," said Carol.

They learned it had hit the UK top spot while on tour with Bryan Adams in Germany.

Adams, initially a little perturbed that his opening act was at Number One, brought them champagne.

"For a while, we were in the middle of a whirlwind. T'Paumania hit Britain and Europe, and I lapped it up," said Carol.

During the height of their fame, T'Pau had a triumphant homecoming, playing twice at Telford Ice Rink.

Catapulted into the big time, fame and fortune led to her and Ronnie moving from Shrewsbury in late 1988.

"When the day came to leave The Pengwern Boat Club, I was so excited. I had loved the place dearly but was ready to move on. Ronnie was really upset," Carol says in her book.

"He had mixed feelings. Shrewsbury was his home town, all his family were there and although we’d travelled constantly, I didn’t realise how much it meant to him."

Their relationship was not to last, nor did the original T'Pau, which split up in 1992, although Carol remains in the music business, and still owes much to that 1987 hit.

"I think I follow China In Your Hand around. It’s kind of flipped. It’s not me that pulls the crowd anymore, the song has taken on a life of its own."