The friendly invasion which changed lives

They came, they saw, and in some cases promptly went home again. 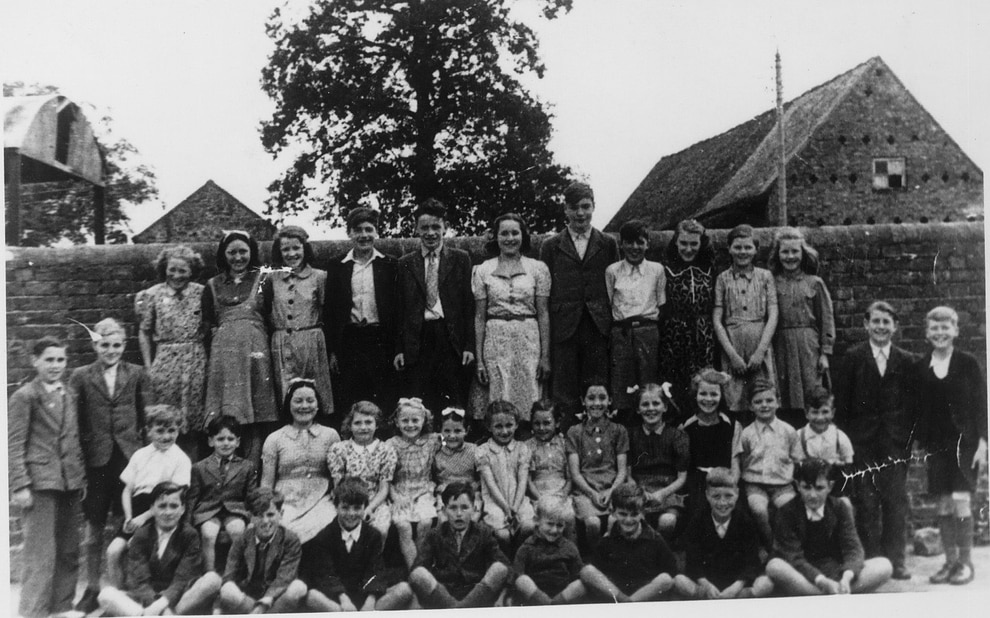 Evacuees from Liverpool pose in the playground at Cruck Meole School. Some of the smaller children may be locals. 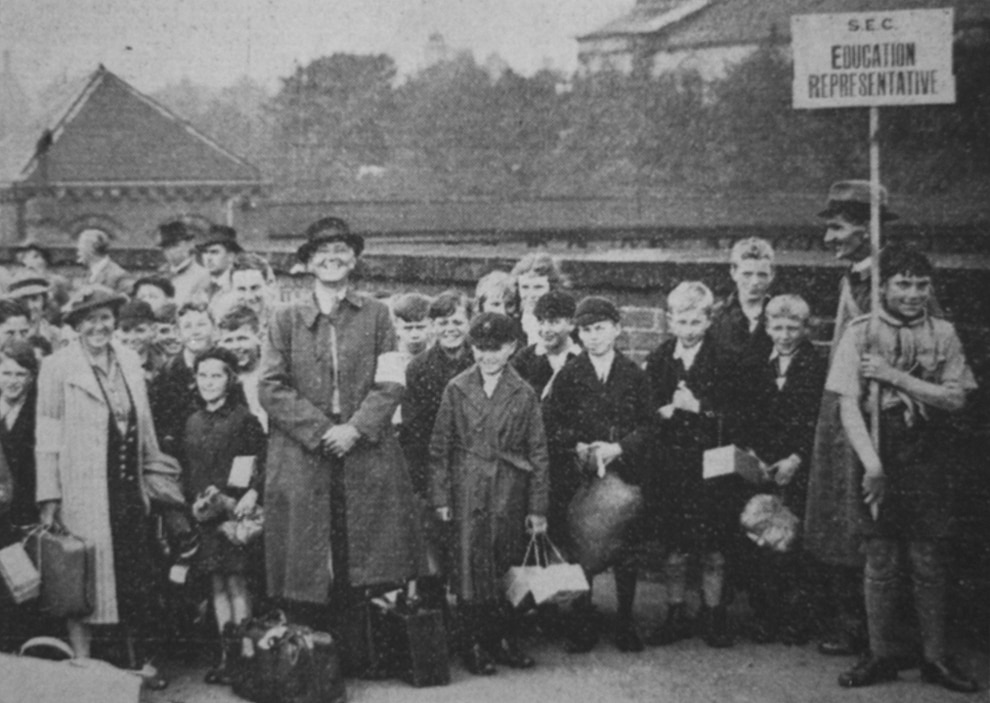 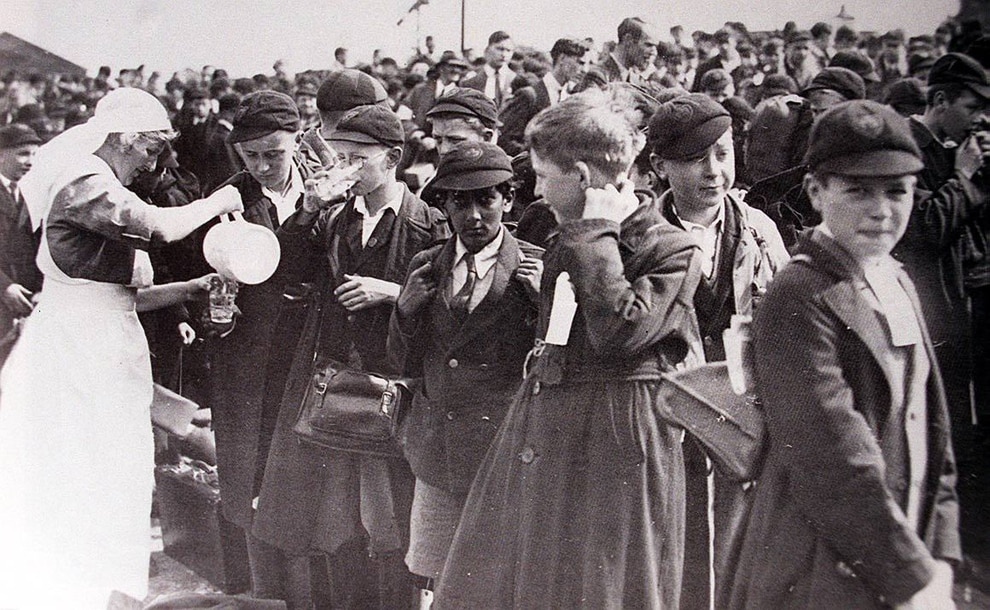 Evacuee Tom Farrell on a punt at Colemere. He is standing to the right, with his father rowing, and mum sitting on left with sister Shirley. 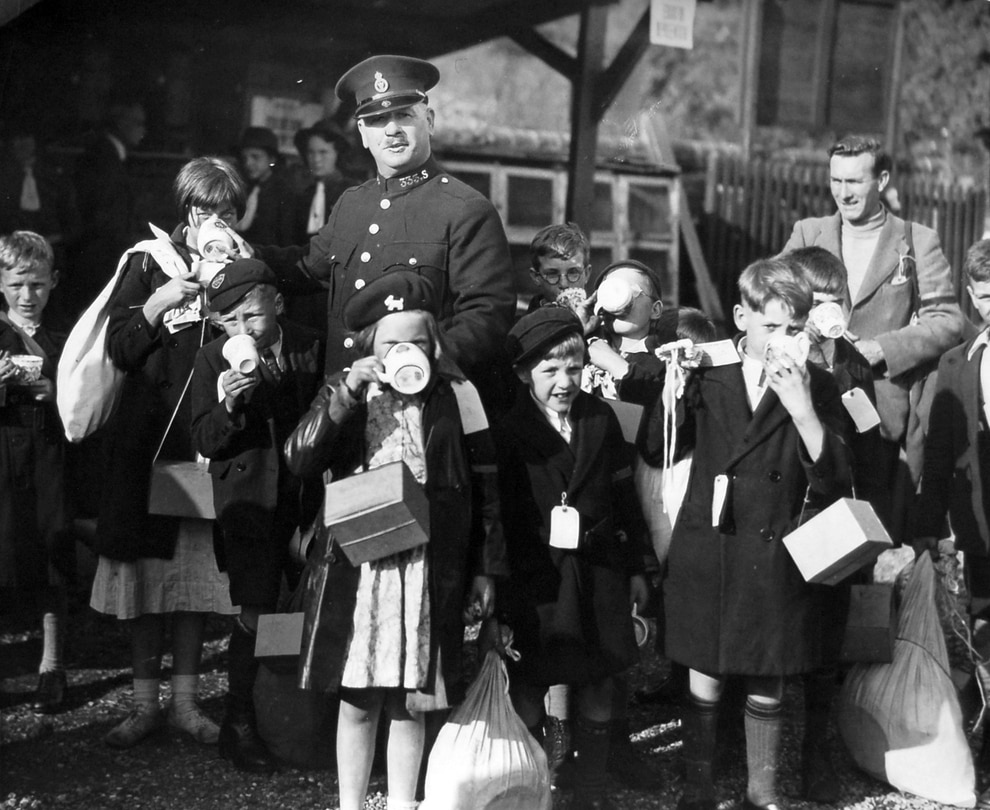 Newly-arrived children having a drink while waiting for transport from Bridgnorth railway station. 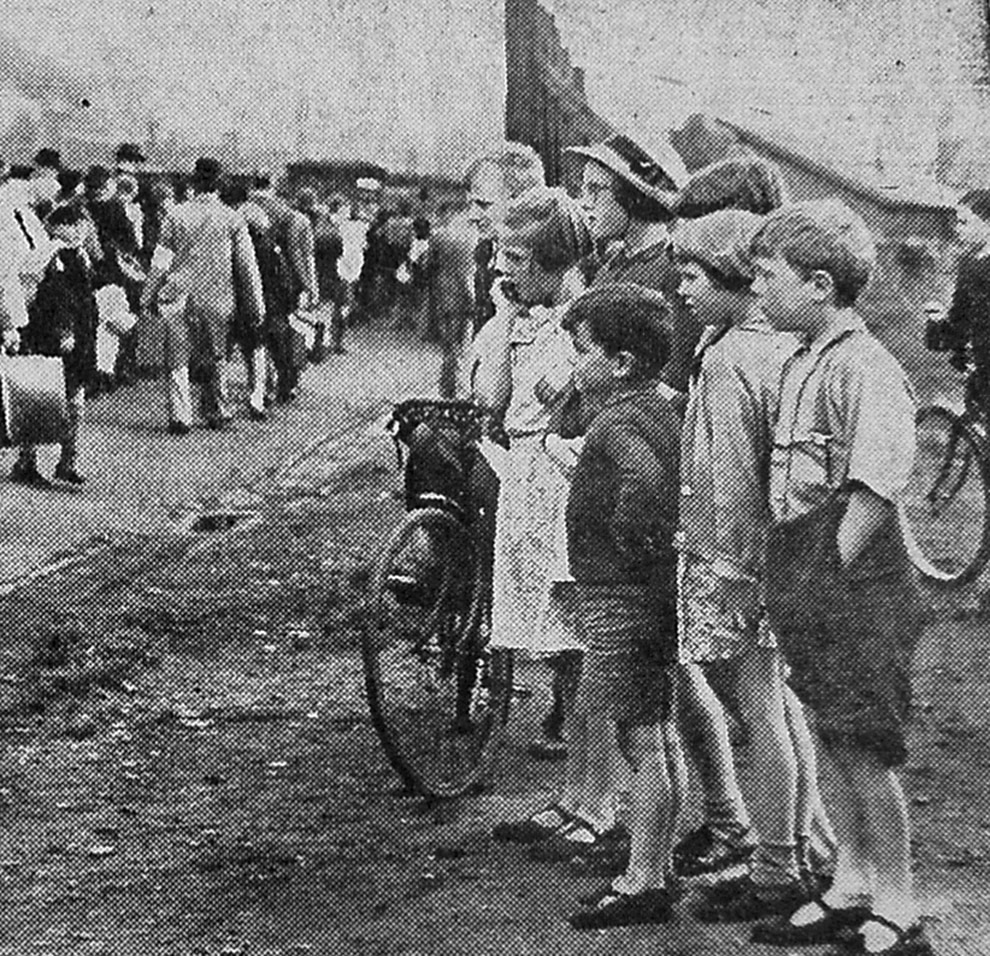 The arrival of thousands of evacuees in Shropshire on war's outbreak was a massive two-way culture shock.

Most were from the Liverpool, Birmingham, and Manchester areas, who arrived by train somewhat bewildered and lost in an alien landscape of hedges, cows, and trees.

It was the countryside. And they didn't like it.

"A considerable number of people evacuated from Liverpool to Shropshire at the weekend have already returned to their homes," reported the Shrewsbury Chronicle of September 8, 1939.

"They are for the most part mothers with young children who had been billeted in rural districts.

"Many have lived in Liverpool all their lives and find country life strange. They expected that there would be trams or frequent bus services, and the lack of fish and chip shops is also mentioned as a grievance.

"To these complaints, which may be regarded as somewhat frivolous under the circumstances, is added the real grievance created by the fact that it has not always been possible to billet families together and some have been widely separated. Instead of waiting for these matters to be adjusted, as they would have been, many mothers have gone back to Liverpool, taking their children with them."

The 300 schoolchildren from Liverpool area who arrived on a special train on Friday, September 1, and went to homes in Ironbridge, Jackfield, and Broseley, appeared to have settled down to their new surroundings, the same edition reported.

However, it added: "The same cannot be said of the mothers and small children who arrived by special train on Saturday. Many of them were in a very dirty and ragged condition and great difficulty was experienced in finding accommodation for them.

"Many householders who took them in had cause to complain of their filthy habits, while the evacuees themselves expressed dissatisfaction with the food provided.

"Apparently they had been accustomed to a diet composed almost exclusively of tinned food and fish and chips."

In fact, as weeks passed without there being any bombing, large numbers of the homesick evacuees went back home, some for good.

But for those who stayed, it was a change of scene which would embed a lifetime of memories. Here are just a few stories from a vast kaleidoscope of different experiences.

Children's author Malcolm Saville brought his family to Marshbrook, near Church Stretton, on the outbreak of war. Although he stayed at the family home in Harpenden, he visited his wife and children in Shropshire regularly.

He was already familiar with the county, having first visited for a holiday three years previously.

The Shropshire landscape was the backdrop for his first children’s book, Mystery at Witchend, which centred on the tale of a clutch of German spies living on a house on the Long Mynd. In 1999 the Malcolm Saville Society tried to find out if there was any underlying element of truth to the fictional tale.

Between 1943 and 1982 Saville wrote nearly 90 titles, including the Lone Pine adventure series.

Julian Critchley, who became a well known MP, was eight when he was evacuated to his uncle's cottage near Wistanstow, and it led to a lifelong love of the county, where his mother had been born.

"We had been living in London and although an offer had been made to send me to America, my mother preferred her birthplace under the Wenlock Edge.

“‘Hitler will not have heard of Wistanstow’ she told me, and, mightily encouraged, I took the train from Paddington to Wistanstow Halt,” Critchley was to recall.

He said many of Shropshire's great houses were taken over by the Army and Sutton Court in the Corvedale was known as the “Government laundry service”.

“No-one saw a sheet, pillow case or towel. But cars would arrive and depart mysteriously at night. In fact, it was a safe house for the Special Operations Executive who dropped agents into occupied Europe.”

Mary Cullen was a frightened seven-year-old when she said goodbye to her parents in Liverpool and was packed off to Shropshire with dozens of other evacuees on September 1.

Her fears evaporated as soon as she saw the pretty riverside cottage at Wroxeter which was to become her home for the next three years.

She was billeted with Tom and Kitty Davies at their cottage, The Boat House.

In 1986 Mrs Mary Rowen, as she had become, made a nostalgic return.

Mrs Davies said at the time: "When the school party arrived in the village, I was not down to have one of the evacuees. But when I looked at Mary and saw her pathetic little face, I said I would take her in.

"She was such a good little girl and we loved her.''

To two young evacuees, the sight of piles of ammunition hidden in the wartime Shropshire countryside under camouflage netting held down by rubber-covered cable was an irresistible temptation.

“We used to pinch the cable to make catapults,” said Gordon Clough.

And as there were no guards about, they got away with it.

Gordon and his brother Norman made frequent nostalgic returns to the county where they spent several happy years before returning to their native Chester, but lost touch with all their schoolmates at Acton Scott School, near Church Stretton, which became the cafe of the farm museum there.

They had stayed with the Evans family – parents Ted and Martha, and their three children Tom, Gladys, and Frank, who lived at a farm called Marsh Mill, just south of Church Stretton.

Ted was the signalman at Marshbrook station who, rather unusually, had a Hitler-style moustache which he did not care to shave off during the war.

The brothers – Gordon was 10, and Norman was six – were part of a second wave of evacuees, arriving in the spring of 1940.

Tom Farrell, who was vice-captain of the British Olympic team in Melbourne in 1956, came with his older sister Shirley to Crab Hill Farm in Colemere, near Ellesmere, the day after war broke out.

Originally, the pair from Liverpool only stayed until Christmas, but when the Blitz started they were returned to the farm and stayed for one year.

They were put up by the Everson family, whom Tom remembered as pleasant and friendly, and treated them as part of the family.

During his time in Shropshire, Tom attended the local school and was given little jobs to do on the farm, like collecting eggs and delivering milk to neighbours.

“I was a bit mischievous – a scallywag as we say in Liverpool. I had lots of adventures, as children do. In the city, the parks had railings and closing times but we were free to run around the fields. It was quite a culture shock.

“I used to lead a group of lads raiding orchards, and the farmers couldn’t catch me!”

There were harder sides of life as an evacuee, with the country boys thinking the newly-arrived city boys were "sissies."

As an athlete, Tom competed in the 400 metre hurdles at Melbourne, and at the 1960 Rome Olympics, where he ran the 800 metres.

Cruck Meole School took evacuees from Liverpool, who were accompanied by their teacher, a Miss Dale.

One of them was Margaret Harvey, aged about 10, who was billeted with the Powell family, which farmed at the village at the time. After marriage she emigrated to Australia.

Ironbridge flooding: The eerie peace after a heavy storm 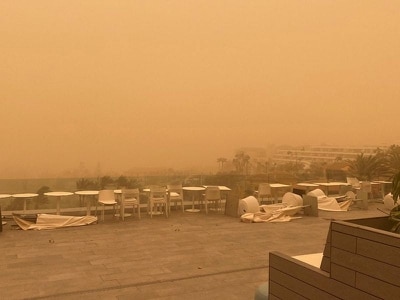