The day war broke out and left the world reeling

On September 1, 1939, Hitler's tanks rolled into Poland and years of appeasement were crushed under their tracks. 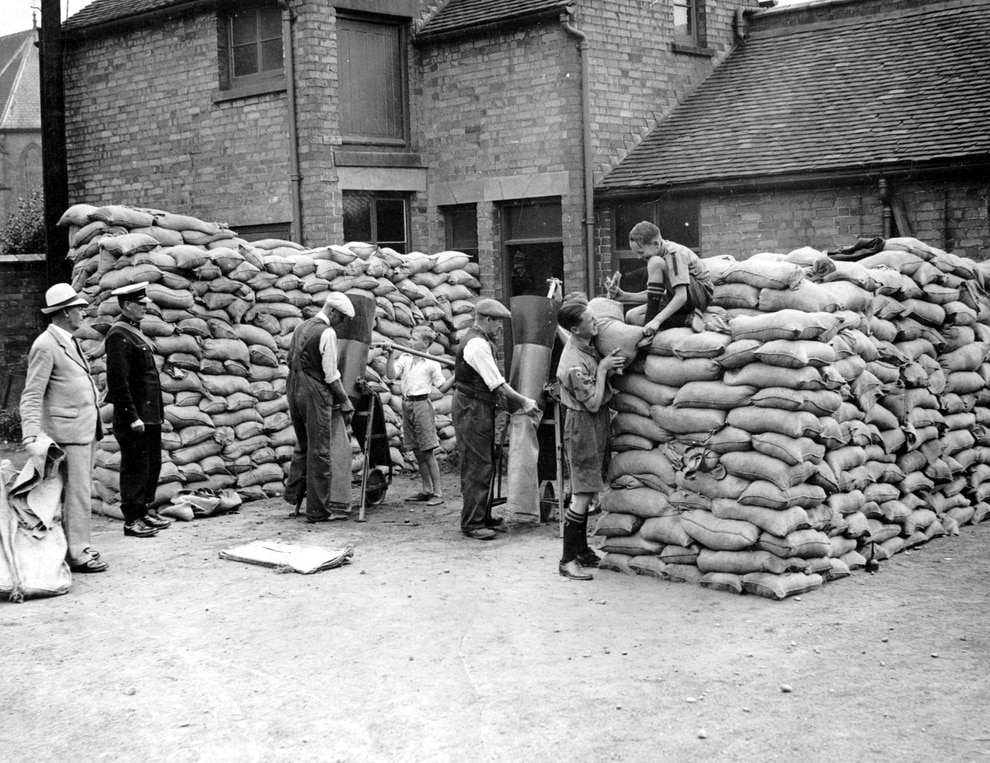 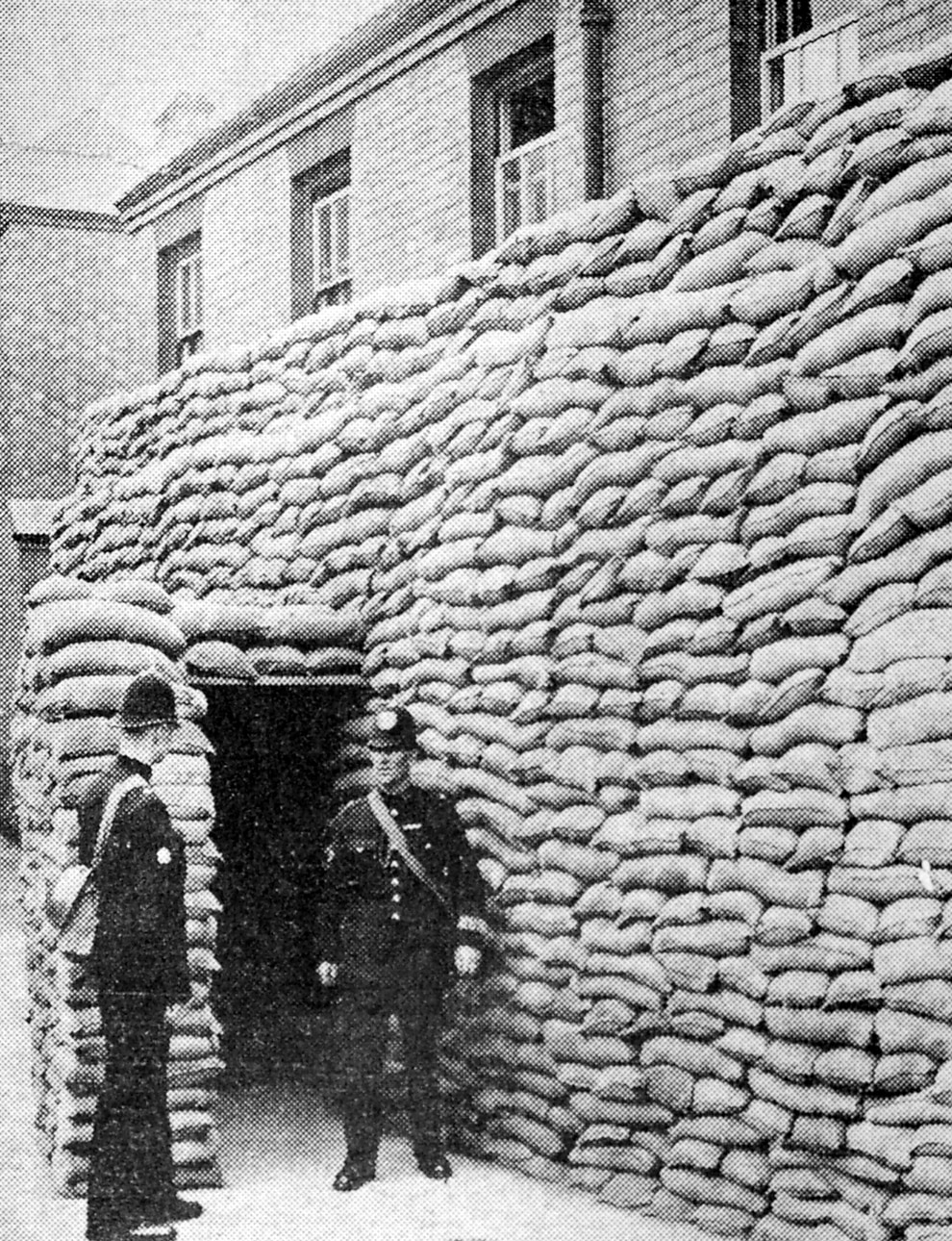 Public buildings were protected – censorship meant this building was not identified, but it may be Shrewsbury police station. 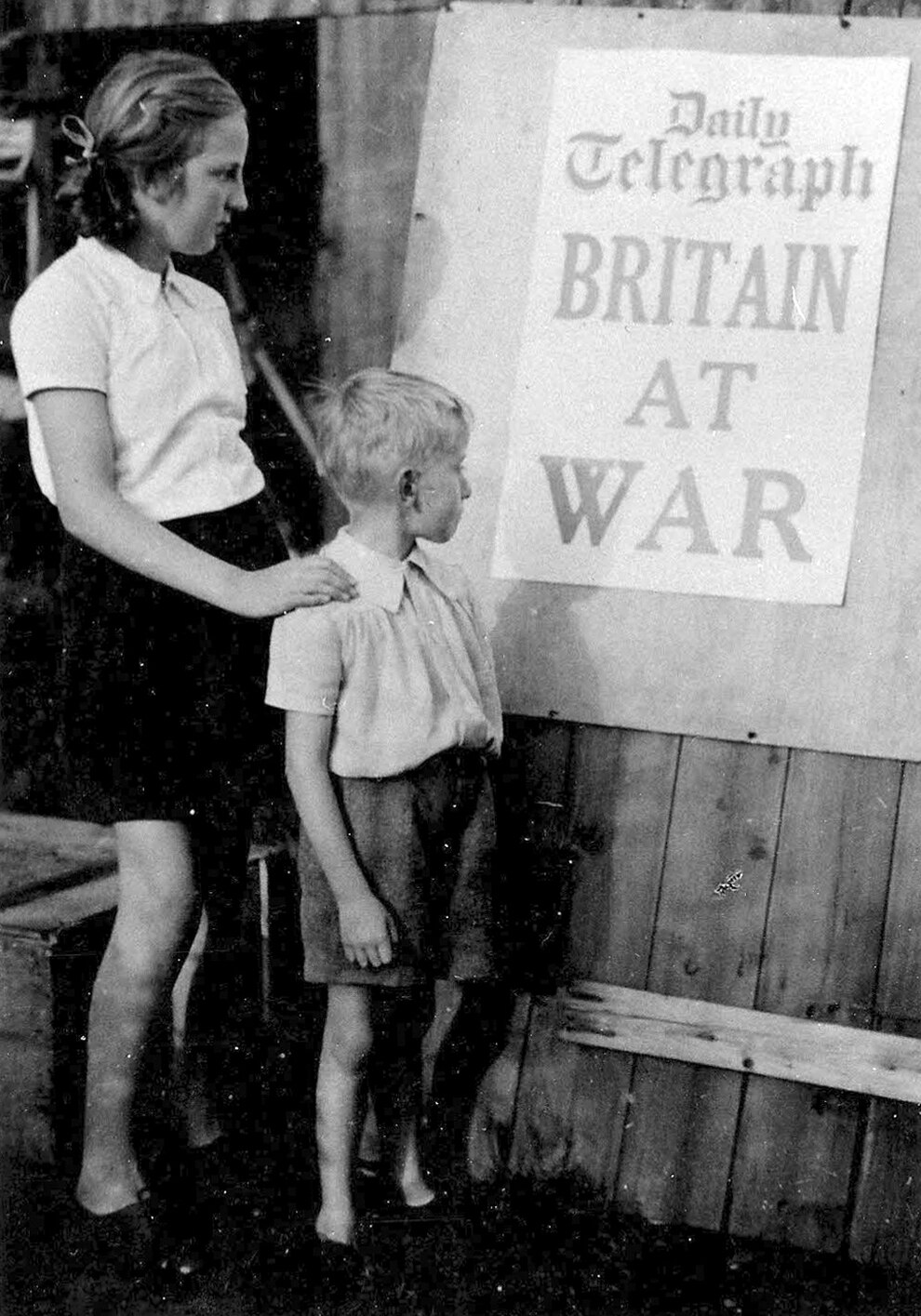 Sylvia and Roger Roden take in the grim news in Bridgnorth.

Sylvia Roden, a pupil at Bridgnorth Grammar School, in her gas mask – this picture was taken in 1938 as war clouds gathered. 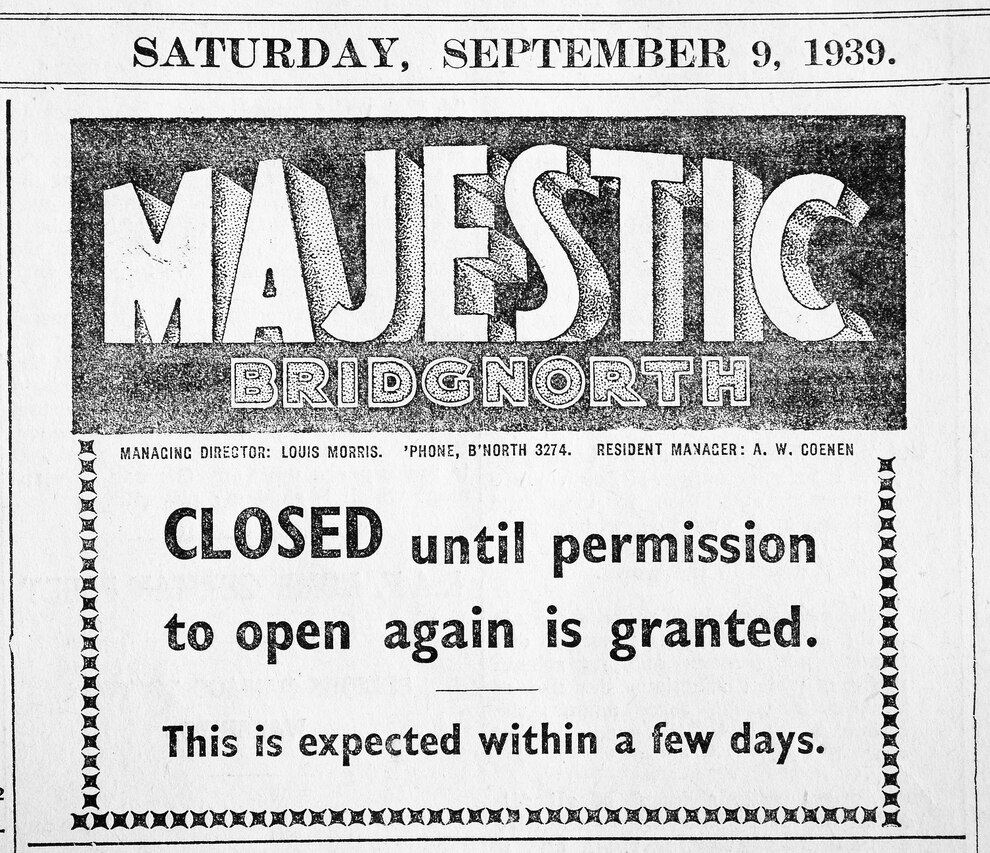 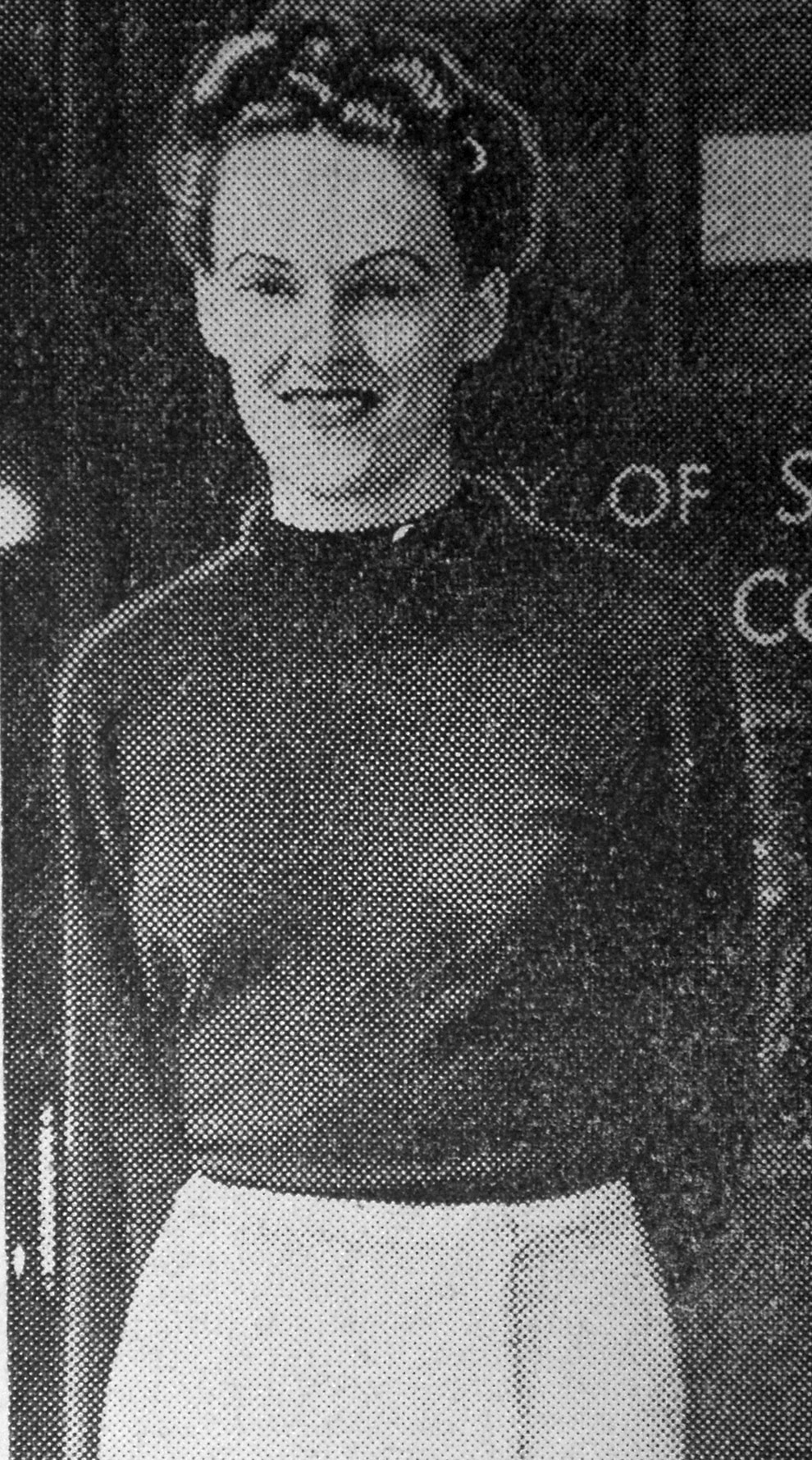 Phyllis Moss, a stenographer in Shrewsbury, survived the first-day sinking of the SS Athenia. 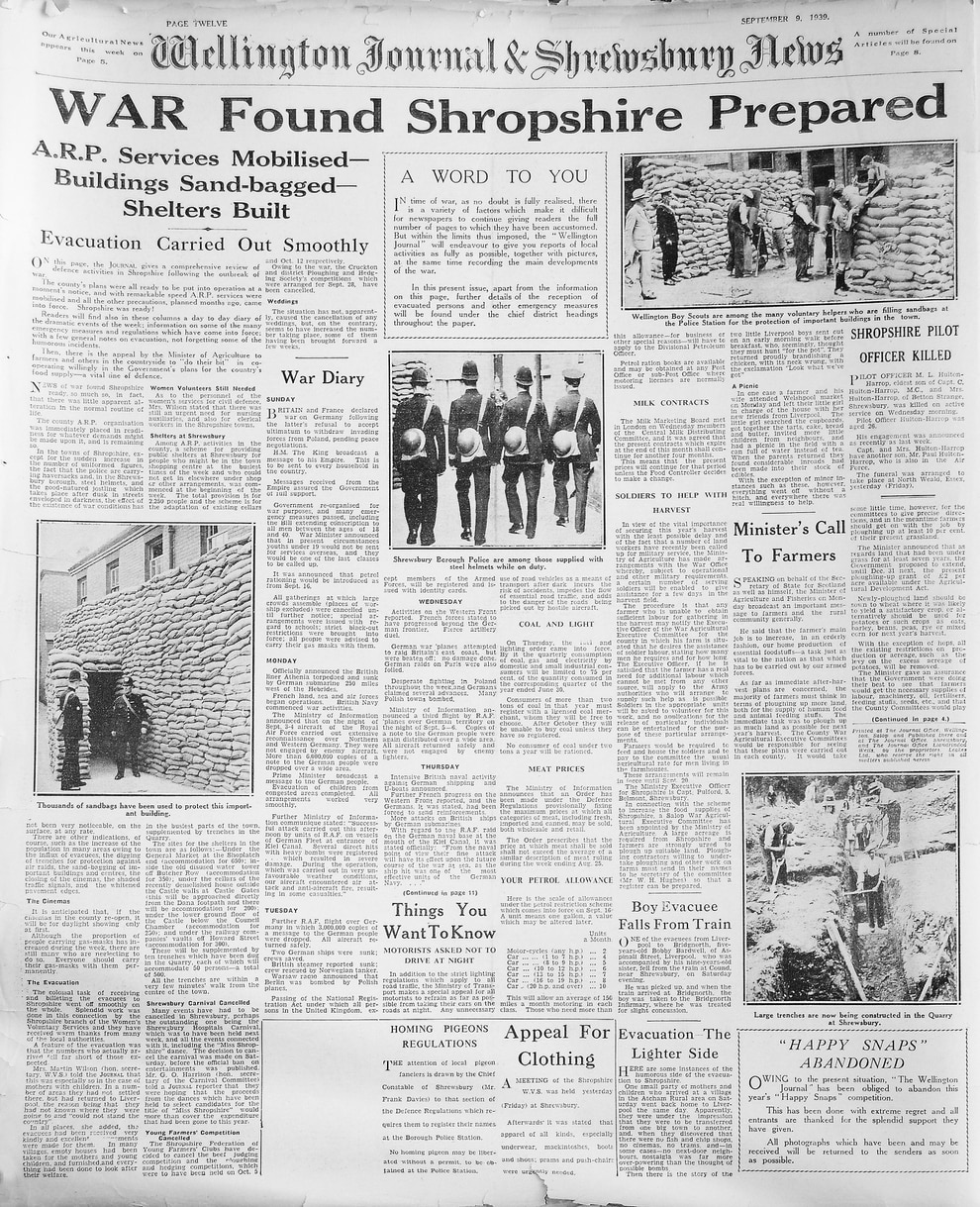 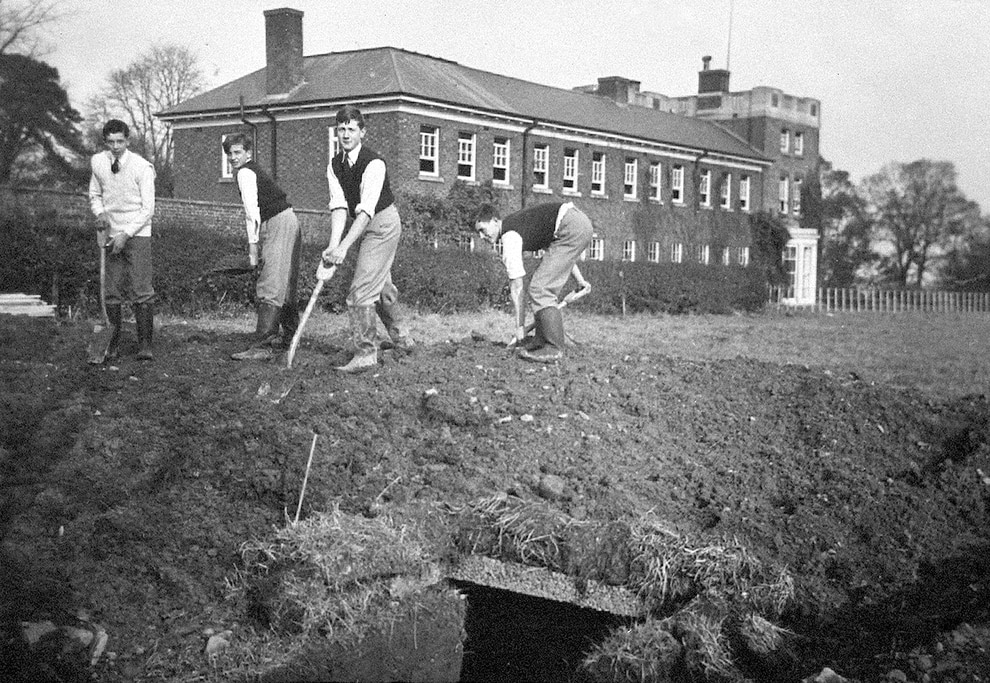 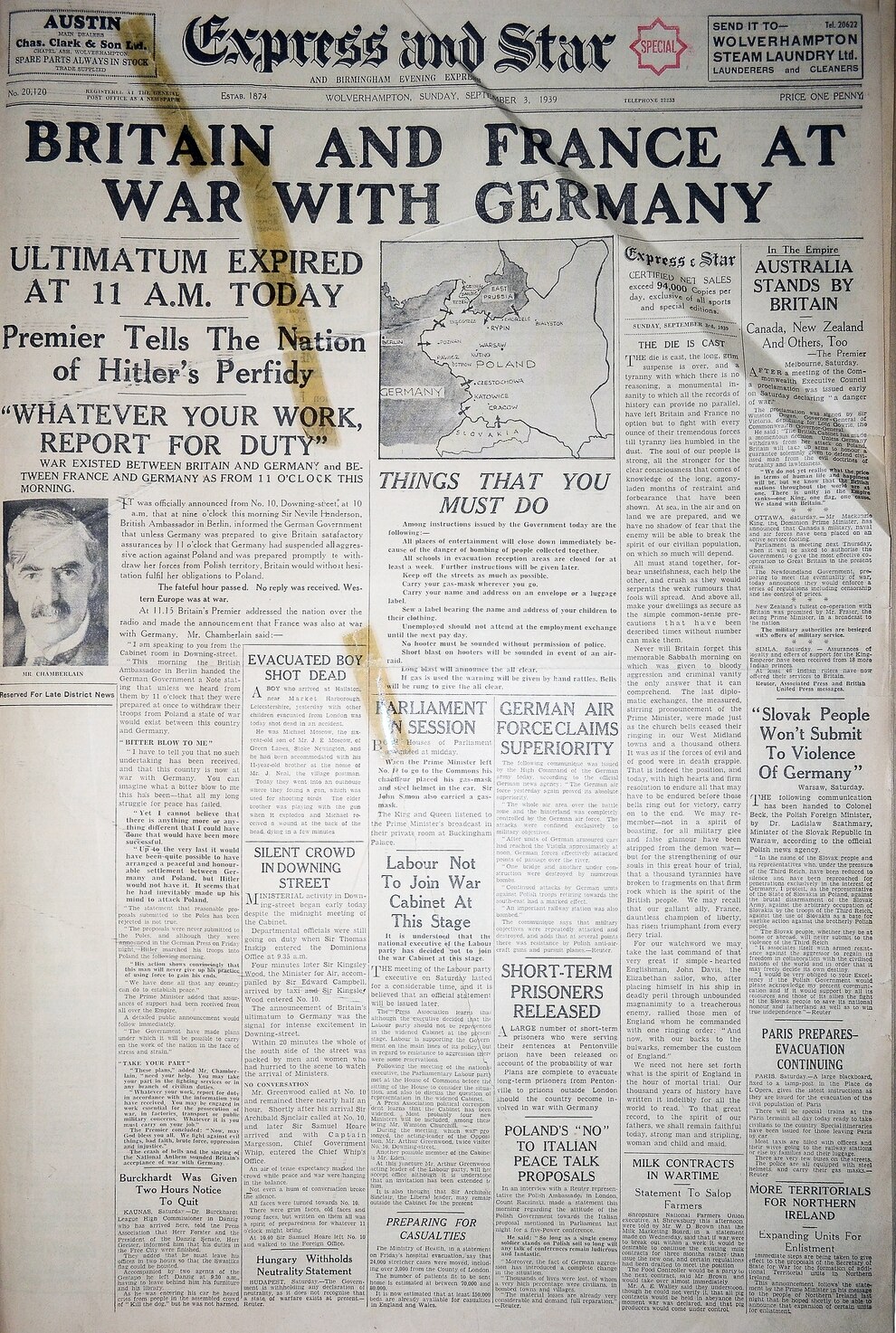 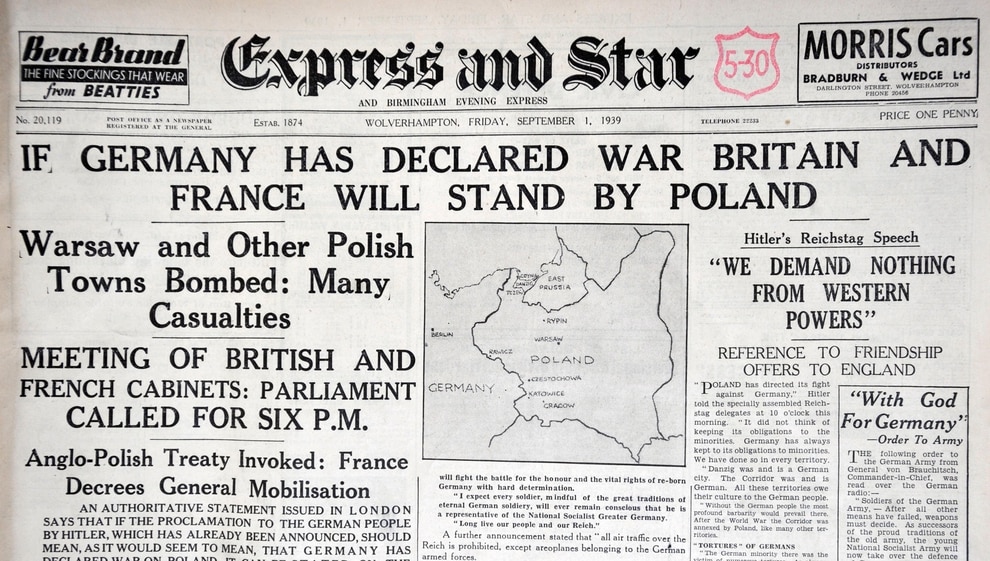 The front page of the Express & Star from Friday, September 1, 1939, when Germany invaded Poland. 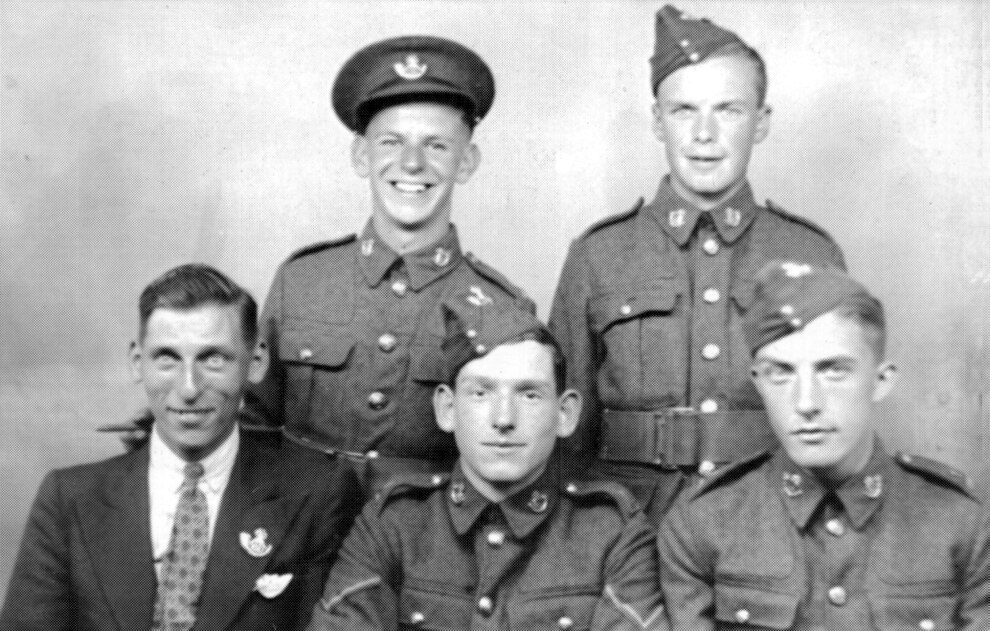 These King's Shropshire Light Infantry soldiers from Wellington were enjoying the last days of peace in camp at Locking, Weston-super-Mare, in August 1939. Les Machin is back left, Bill Dierrance is front left and Keith Axon is front right. The others are not identified.

With a heavy heart Prime Minister Neville Chamberlain announced to the nation in a radio broadcast at 11am on September 3 that Britain was at war with Germany.

At war for the second time in only just over 20 years. And the overwhelming power of the fast-moving Nazi armour working with the Luftwaffe's terrifying Stuka dive bombers introduced the shocked world to a new kind of war – the blitzkrieg, or lighting war.

In Poland, it was all over quickly. Outnumbered and outclassed, Poland's forces and obsolete air force were rapidly overwhelmed. Any hopes of a last stand were destroyed when, as part of a cynical agreement between Hitler and Stalin, Russian forces invaded from the east, and the country was carved up by the two tyrants.

There was no effective interference from Britain and France. The RAF mounted a disastrous daylight raid on the German fleet, but other than that dropped propaganda leaflets, not bombs.

The first British soldier to die in action was not until December 1939, the victim being Acting Corporal T Priday of the King's Shropshire Light Infantry.

At sea, though, there was immediately a hot war. On the very day of Britain's declaration the passenger liner SS Athenia was torpedoed by a German submarine with the loss of 112 lives. Among the survivors was Phyllis Moss, a stenographer in Shrewsbury.

On the Shropshire home front, the county was well prepared as the balloon went up.

It had been clear since all Czechoslovakia fell under the Nazi jackboot in March 1939 that the peace efforts of Chamberlain, haunted by the horrors of the Great War and desperate to avoid a repeat, had failed.

Even as early as 1938 there had been blackout exercises in the county. The big fear was of air attack, potentially with gas, and gas masks were issued. As the storm clouds gathered, plans were drawn up for Shropshire to receive thousands of evacuees – mostly children – from the big cities which were expected to be in the front line of the Nazi bombing campaign.

These plans were put into effect immediately on the day of the invasion of Poland, with the first evacuees arriving by the trainload in Shropshire on September 1.

The children wore identity labels, carried little parcels or suitcases, and faced an uncertain future as, unless they travelled to the country to stay with relatives, they did not know who would be taking them in.

Salopians who were assigned evacuees were compelled to take them in, and could be fined if they refused, although there was an appeals process. On the other hand, they got 10s 6d a week for taking in one child, and 8s 6d if taking in more than one.

All places of entertainment were immediately closed down because of the danger of bombing on places with large numbers of people. The ban only lasted a few days. Schools were also temporarily closed, and Britons were told to carry their gas masks at all times, with warning of a gas attack to be given by hand rattles.

Warnings of air raids were given by a wailing siren. Bridgnorth, for instance, had an electric siren erected on its Majestic cinema.

Householders were advised to put stout paper or adhesive tape criss-cross on their windows to reduce the dangers from flying splinters of broken glass.

Key public buildings like Shrewsbury police station were protected with sandbags and trenches were quickly dug at schools and open spaces, such as the Quarry in Shrewsbury, to provide shelter from air raids, although over time "proper" air raid shelters were built.

There was a blackout which turned out to be more dangerous in the early months of the war than any bombing, taking a toll of fatalities on the roads.

Pavement edges were painted white, so in theory they could be better seen in the dark, and vehicle headlights had special blackout hoods.

Overall, according to the Wellington Journal & Shrewsbury News of September 9, the war's outbreak brought little change in the normal routine.

"In the towns of Shropshire, except for the sudden increase in the number of uniformed figures, the fact that the police are carrying haversacks and, in Shrewsbury borough, steel helmets, and the good-natured jostling which takes place after dusk in streets enveloped in darkness, the effect of the existence of war conditions has not been very noticeable, on the surface, at any rate."

It was predicted that at least 15,000 unaccompanied schoolchildren would arrive in Shropshire as evacuees, although it was said that in the event the numbers fell far short of expectations.