A reunion is being held to celebrate the "Class of '59" and mark the diamond anniversary of the opening of Bridgnorth's Oldbury Wells Secondary Modern School for Girls. 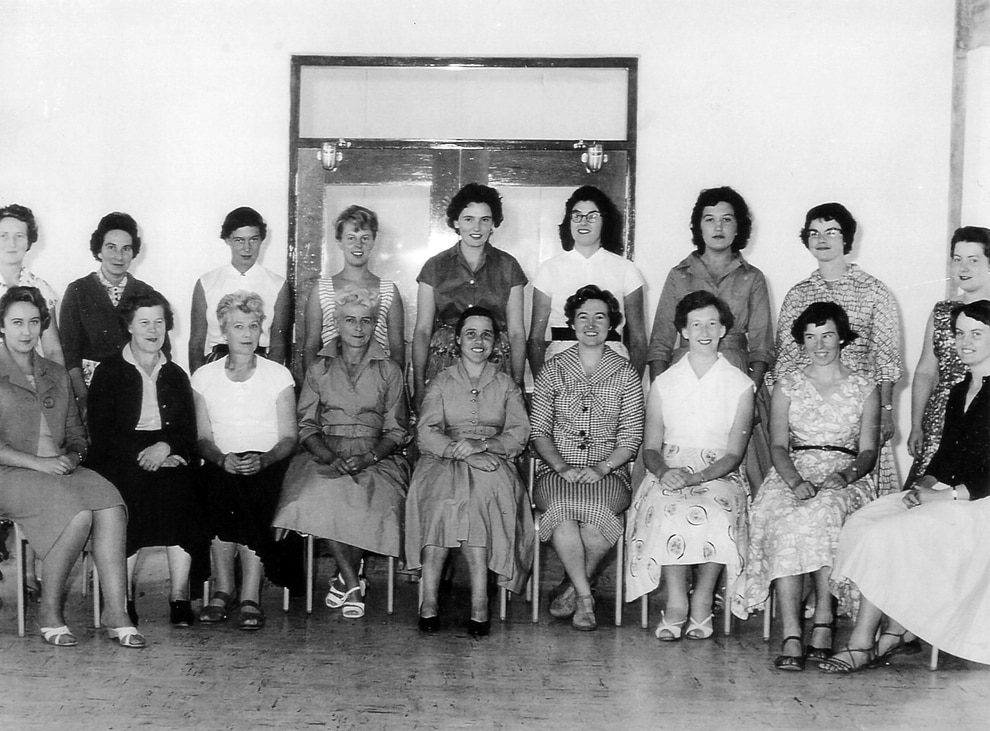 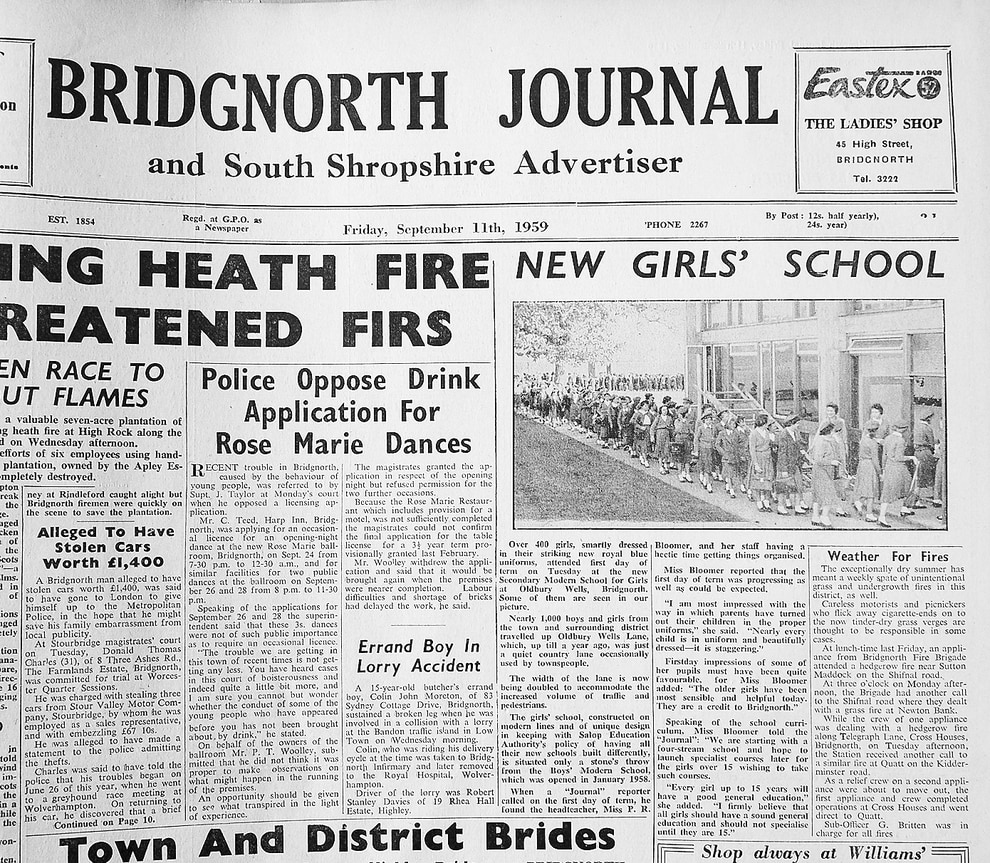 How the Bridgnorth Journal reported the September 1959 opening.

"I realised it was 60 years since we all started in 1959 and thought it would be nice to celebrate it, as there won't be another celebration," said Mrs Maureen Fullwood, the organiser.

She said there had been previous celebrations to mark significant anniversaries, but added: "This is the 60th, and I don't think there will be a 70th."

The reunion is on Friday, September 6, at the Down Hotel in Bridgnorth at 7pm for 7.30pm and will include a meal, and of course a chance to reminisce and look at old photos.

One thing Maureen has not been able to track down is the design of their original school badge.

"We were hoping we could find the original badge we had to put on our blazers. We were asked when we first started to put in a design, and the best one was chosen. I can vaguely remember it being a well.

"Our uniforms were all royal blue in those days."

Tickets for the event, which is for the class of '59 only, are £20 and Maureen says they can be obtained from her at 01746 761250 or from Penny at the delicatessen in Bridgnorth's indoor market on the High Street.

Maureen lives in Dunval Close in Bridgnorth, but at the time she started at the new school – her previous school was St Mary's in Low Town – she lived at The Hookfield and was the young Maureen Bentley.

"I was 14 when the girls' secondary modern school was built. I only went there for a year. You had the girls on one side of the road, and the boys' school on the other side."

"Nearly 1,000 boys and girls from the town and surrounding district travelled up Oldbury Wells Lane, which, up till a year ago, was just a quiet country lane occasionally used by townspeople.

"The width of the lane is now being doubled to accommodate the increased volume of traffic and pedestrians.

"The girls' school, constructed on modern lines and of unique design in keeping with Salop Education Authority's policy of having all their new schools built differently, is situated only a stone's throw from the Boys' Modern School, which was opened in January 1958.

"When a Journal reporter called on the first day of term, he found the headteacher, Miss P.R. Bloomer, and her staff having a hectic time getting things organised.

"Miss Bloomer reported that the first day of term was progressing as well as could be expected."

The newspaper quoted her as saying: "I am most impressed with the way in which parents have turned out their children in the proper uniforms. Nearly every child is in uniform and beautifully dressed – it is staggering."

Her first day impressions of some of the pupils must have been quite favourable, as Miss Bloomer added: "The older girls have been most sensible and helpful today. They are a credit to Bridgnorth."

As for the curriculum, Miss Bloomer told the reporter: "We are starting with a four-stream school and hope to launch specialist courses later for the girls over 15 wishing to take such courses.

Maureen recalls of Miss Bloomer: "She was very fair. I liked her."

However, she only has vague memories of her own days at the new school, and says she left without qualifications.

"My father said to me when I was 15, just get yourself a steady little shop job. That's all he said to me."

Her first job was indeed in a chemist's shop, but she went on to have various other jobs, including opening a florists. She chairs Bridgnorth Flower Club today.

The separate girls' and boys' schools at Oldbury Wells were destined to become one. Some mixed classes started in September 1972, and a year later it became a comprehensive, straddling the road.