Top historian reveals the truth behind 2,700-year-old bible story of Dinah and the Red Tent

[Sponsored content] The new retelling of the Old Testament story has already caused controversy - but is it so different to the Bible story? 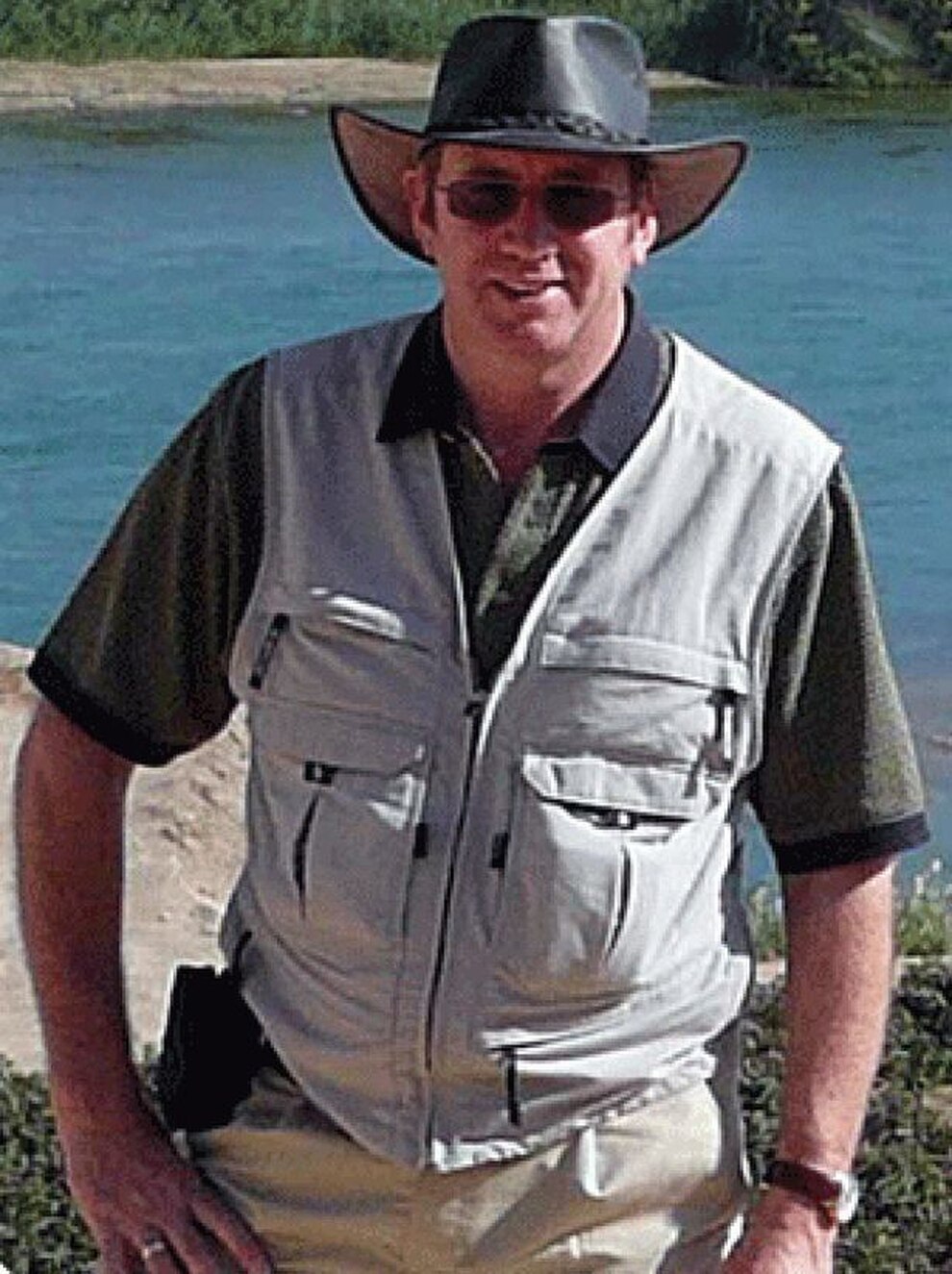 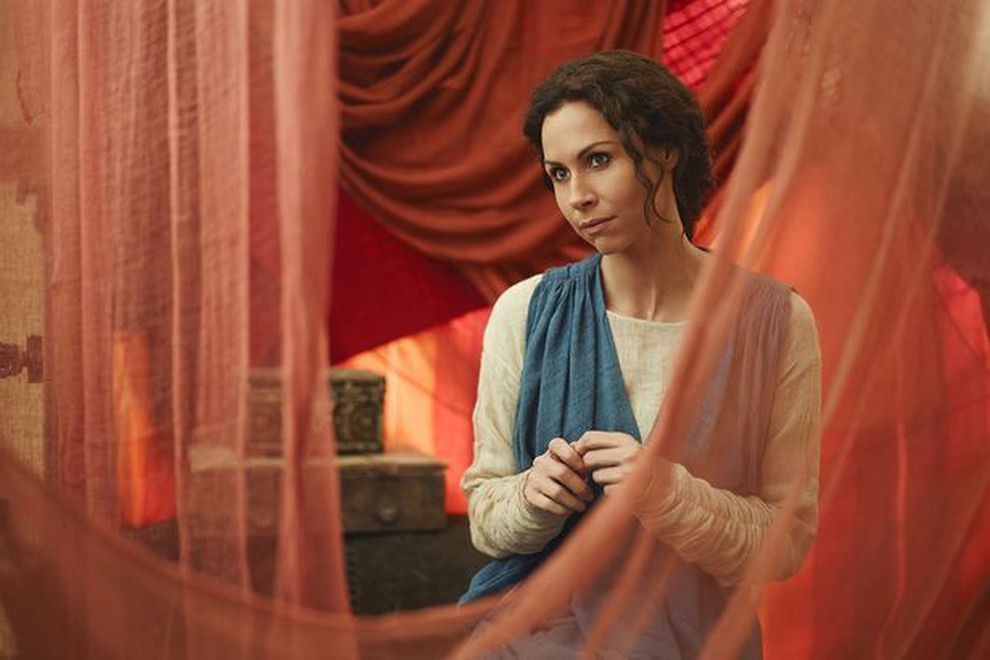 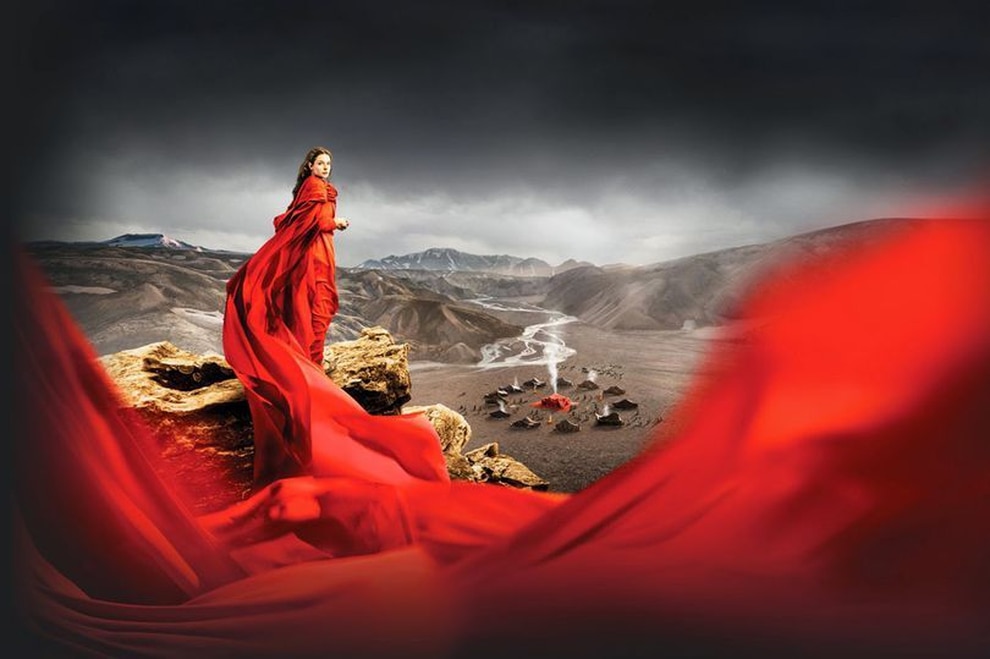 Dinah is only mentioned once in the Bible 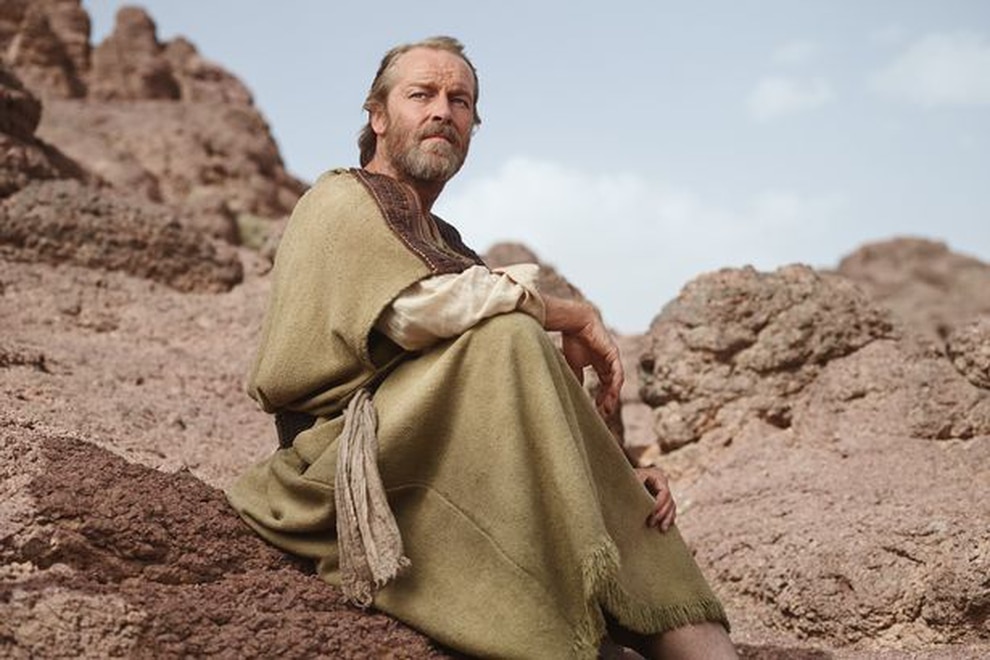 Game of Thrones star Iain Glenn appears in the series 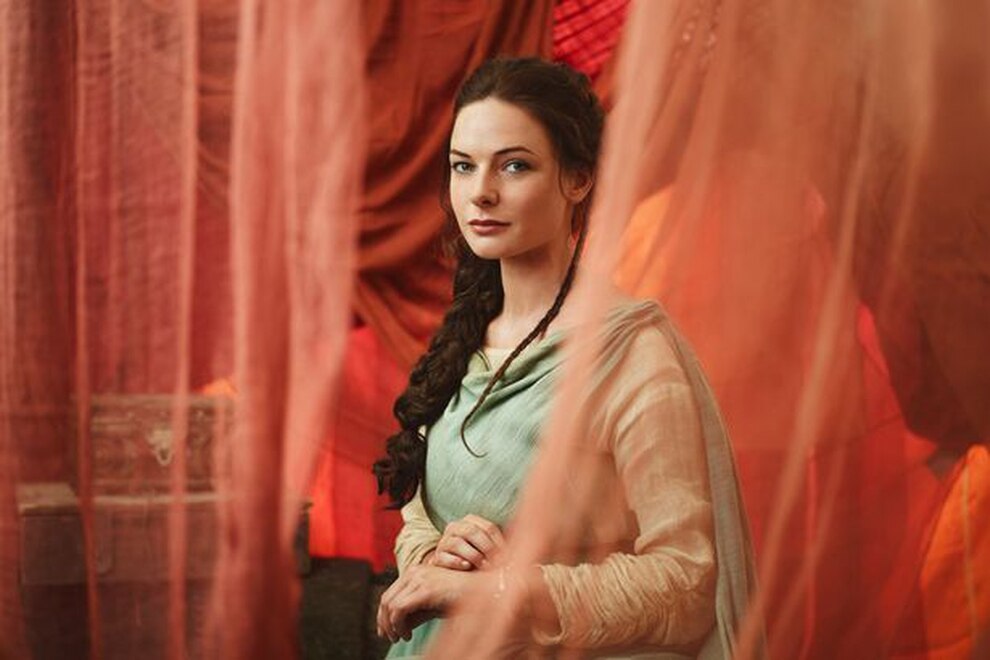 There's one crucial difference between the Bible story and screen adaptation

Biblical historian Ralph Ellis readily admits the Bible is not short of tales of violence, epic blood-shed and revenge.

It's not hard to see, therefore, why so many of the Bible's stories have been adapted for the screen.

Hidden away in Chapter 34 of the book of Genesis, the first book of the Old Testament, is the story of Dinah.

Just a few verses long, this chapter tells of Dinah, daughter of Jacob and sister to Joseph.

One of the shortest yet most dramatic Old Testament tales, the story is one of rape, murder and pillage, with family feuds and bloody acts of revenge thrown in.

And now it is about to hit our screens in a new mini-series with steamy sex scenes, gory murders and even baby-snatching.

The Red Tent, based on the best-selling novel by Anita Diamant, is billed as an "epic, sweeping, historical story" and boasts an all-star cast including Minnie Driver and Game of Thrones' Iain Glen.

It has already sparked controversy in the US with religious groups claiming the story is so red-blooded that it verges on blasphemy.

The drama is based around a red tent where the women from Jacob's tribe go when they're menstruating, and where Dinah and her mothers - Jacob had at least four wives - go to seek solace, gossip and share thoughts and wisdom.

But given the outcry the series' new retelling has already caused, is it that different to the original story?

At just 31 verses long, after which Dinah is never mentioned again, the chapter begins when Dinah, just a teenager at the time, goes out for a walk and is raped by a local prince, Shechem.

He then decides he wants to take her as his wife too - and sends his father Hamor to negotiate a deal to marry her.

Dinah's brothers are enraged and, plotting revenge, agree to hand over their younger sister - but only after every man in Hamor's kingdom is circumcised.

Hamor agrees, and every one of his men has to put his manhood under the knife so the prince can get the girl he is lusting after.

Then, with all the kingdom's fighters incapacitated after the mass circumcision, Dinah’s brothers and their soldiers invade and kill every man, before plundering their "herds and donkeys" and "carrying off all their wealth and all their women and children".

It's easy to see why viewers have been - and will be - shocked, but much of the violence and drama was depicted in the original story.

Of the gruesome nature of the many of the Old Testament tales, Ralph Ellis explains: "These were entirely normal practices at the time, and they can be found in historical records.

"When the Israelites took Jericho, for instance, they killed every man, woman, child and animal in the city. The slaughter was such that no-one lived in Jericho ever again.

"The Bible is full of stories like this, it is just that priests and rabbis have cherry-picked the nice stories with a nice moral lesson, so that the faithful only get to hear a sugar-coated version of the Old Testament.

"The reality is very different, It is good that people get to hear the story of Dinah, because it actually makes the historical accounts that we find in the Bible more real."

Where the series differs to the Genesis story is the mention of the tent.

This is not the only part of the screenplay which departs from the Biblical account.

Crucially, in the series Dinah is not raped by the prince but falls in love with him, leading to a Romeo and Juliet tragic romance set against an ancient backdrop.

In the mini-series, after seeing her lover slaughtered by her brothers, Dinah establishes herself as a herbalist and midwife.

She goes on to fall in love again and then find her long-lost brother Joseph, from the famous Bible story, who by this time has risen through the Egyptian ranks after being sold into slavery by his siblings.

Is this the true portrait of Jesus? Historian claims ancient coin bears only lifelike image of Christ

Historian Ralph Ellis, author of Jesus, King of Edessa, believes there is no problem in embellishing a story to reflect what might have happened, especially when it reflects common and documented practises at the time.

He says: "It may well have been the case that, to destroy Hamor's kingdom, Dinah's brothers used their teenage sister as a stalking horse, and that the story was later changed to claim that she was raped.

"The Bible is full of sexual intrigue from start to finish. Famously King Solomon was supposed to have had a tryst with his own mother, and King David arranged to have an army commander put in the frontline of battle so he could take his wife Bathsheba.

"And although there is no mention of the tent in the Bible, Jewish men were not allowed to touch a woman who was menstruating, so there could have been a place where the women stayed together."

Crucially, he says, while in the Biblical story Dinah is a silent figure who can't say what she feels or thinks, the TV drama tells the story from her and other women's point of view.

He adds: "Although women were prominent in ancient Judea and Egypt, we often only hear about the men, and although women are mentioned they are usually part of a man's story.

"To hear a Bible story from the point of view of the woman gives us a much more balanced view of the society at the time, and can help bring historical Biblical accounts to life."

How to keep your divorce out of court 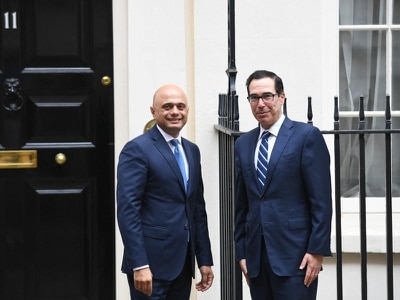