As roads and car parks start re-open across Shropshire there are fears that more heavy rain will bring a new wave of swollen rivers and flooding.

A red severe flood warning remains on the River Severn in Ironbridge today amid fears that the barriers may still not hold against the force of the water.

Telford & Wrekin Council released a statement saying it had been doing welfare checks on residents and was being regularly updated by the Environment Agency.

"With more rain forecast this week, we are being continually updated by the Environment Agency on the effect this will have on lowering river levels which is expected to be slow," the statement read.

At today's Telford & Wrekin Council Cabinet meeting, @CllrShaunDavies gave a statement about the flooding situation in the Ironbridge Gorge pic.twitter.com/q1nWdlQ8uI

I’m in Ironbridge where the river level looks a bit lower than Tuesday. pic.twitter.com/IicyMLavMj

"As a result, we expect flood barriers to remain in place for a number of days.

"Our council teams have been out doing welfare checks and assisting those who need it.

"The occupants of 13 properties chose to spend the night at home, the residents of six properties took up the offer of overnight accommodation in the nearby Valley Hotel, the remainder stayed with friends and family.

"Our refuse and recycling crews are part way through their rounds and have completed collections in Dale End and Sunniside.

"They are attempting collections wherever possible.

"If unable to collect first time, crews will return as soon as they are able and so residents are advised to leave their containers out.

I can see the Museum of the Gorge visitor information point but there’s cordons all around it pic.twitter.com/hiMdsAhpGF

"Shropshire Fire and Rescue Service will be visiting properties in Ladywood and Jackfield offering further advice and assistance."

In addition to the warning in place for Ironbridge, there are a total of 16 other flood warnings across Shropshire, including Bridgnorth, Shrewsbury, Maesbrook and Melverley, and nine flood alerts.

Although Shrewsbury town centre has now reopened, there are still many roads closed in the Shropshire Council area.

"River levels have been falling and clean-up has begun, however the situation is being continually reviewed with partners for the next expected peak to determine next steps and when we can reopen."

Regarding Ironbridge, Telford & Wrekin Council has announced Dale End and Dale End car parks have now reopened, as well as The Lloyds. All homes and businesses on the Wharfage are now accessible by foot. Buildwas Road has also reopened.

In Shrewsbury businesses were returning to normal as council workers cleaned debris from the streets, but many roads around the area remain closed.

And in Ludlow, Shropshire Council has put skips in place to support residents who have been affected by the floods, with some residents fearing they will not be able to return home until the summer.

Many people in Lower Corve Street and Temeside, two of the worst hit areas of town, are being forced to gut their homes after Storm Dennis.

Thursday morning will be another wet one, especially across the north and west with some very heavy rain and squally gusts of wind. Take care when travelling as conditions will be poor #WeatherAware pic.twitter.com/eQbA1reM0z

Furniture and kitchen appliances started making their way out onto the streets on Monday, so Shropshire Council has brought in six skips – three at each location.

Residents and businesses affected by the flooding in Shropshire, Mid Wales and across the UK have been told they will be eligible for £500 and exemption from paying council tax.

The latest from The Environment Agency:

The Environment Agency says its staff are working 24/7 to ensure flood gates and sluices are free from blockages and removing fallen trees and debris.

It says it wants to do everything it can to ensure the flood water can move quickly through the system.

Kay Champion, Area Environment Manager said: "Storm Dennis has brought a significant amount of rainfall across the catchment, with significant impacts over the last few days. So far we have reported 1,000 properties flooded. Further heavy but scattered showers are expected over the next few days mostly on the Welsh highlands.

Here's a look at the last couple of hours of rainfall radar data.

We focus in on a band of heavy #rain moving eastwards across southern England, seen here as a line of bright rain echos.

"We will continue to monitor rainfall and the corresponding impact on river levels. A high number of Flood Alerts and Flood Warnings continue to be issued as appropriate. We currently have six severe flood warnings for locations on the Severn, Wye, and also in Herefordshire.

"Our incident rooms have been open 24/7 throughout last weekend and will continue to be so throughout the rest of this week.

See the latest forecast from the Met Office here:

"Our operational staff are out checking that gates and sluices are free from blockages. They have also been removing fallen trees and debris from high risk watercourses, so that flood water can move quickly through the system. They are also working round the clock."

• Keeping up to date with the latest flood information on our website at https://www.gov.uk/check-if-youre-at-risk-of-flooding

"They can also follow us on Twitter at @EnvAgencyMids to keep updated on the work we are doing. There is information available on our website: https://www.gov.uk/help-during-flood and from the National Flood Forum: https://nationalfloodforum.org.uk/."

See the full list of road closures across the county below.

Have you been affected by flooding? Call us on 01952 241485, contact us on social media or email digital@shropshirestar.co.uk.

These roads were closed in Shropshire today:

Shropshire Council has released the following statement: "We are getting these car parks cleaned by our contractor, where floodwater has subsided, and will be reviewing with our partners any impacts of rain overnight February 20 to 21, and for the foreseeable future.

"This is to ensure we direct customers to safe parking areas." 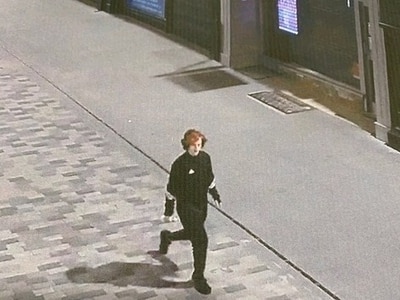