A polar bear will journey a long way from home as a Bishop's Castle artist plans an epic pilgrimage from Shropshire to Glasgow, all in the name of climate change.

'Clarion' the polar bear was created by Bishop's Castle based artist, Bamber Hawes, who wants to make a bear-sized statement on global warming in time for the United Nations Climate Change Conference (COP26) in November.

Bamber, a member of Extinction Rebellion, will make the mammoth 300-mile journey to Glasgow on bear-foot with Clarion, in time for the conference later this year. 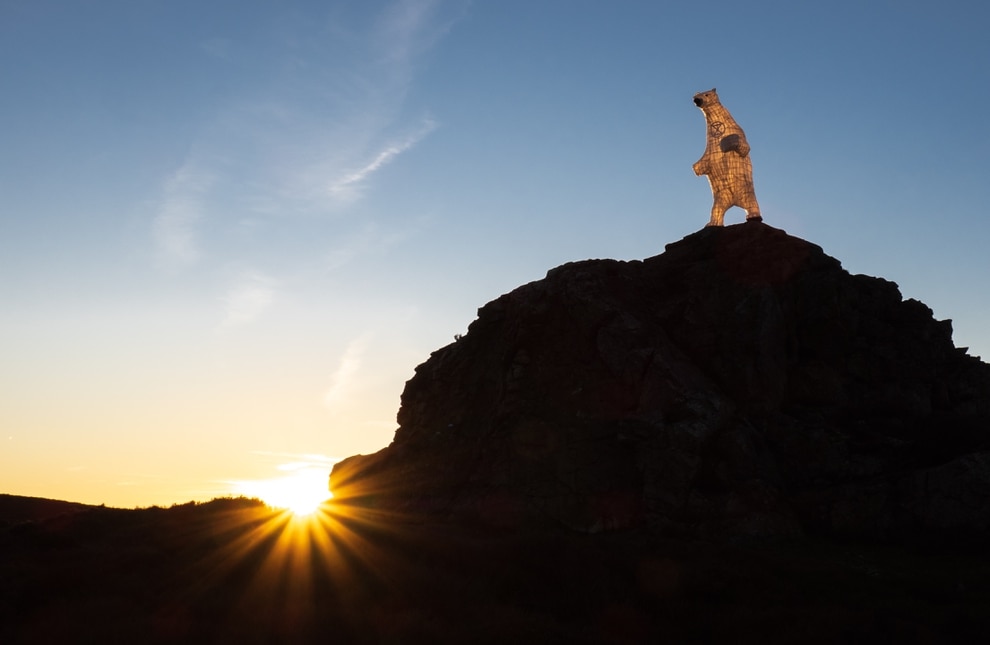 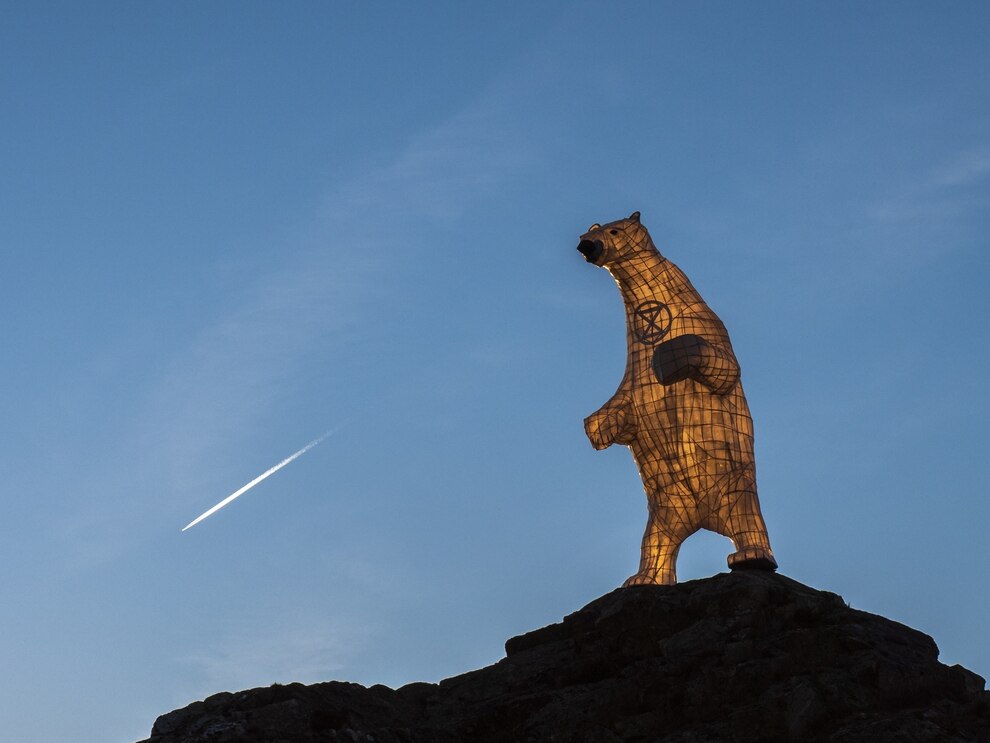 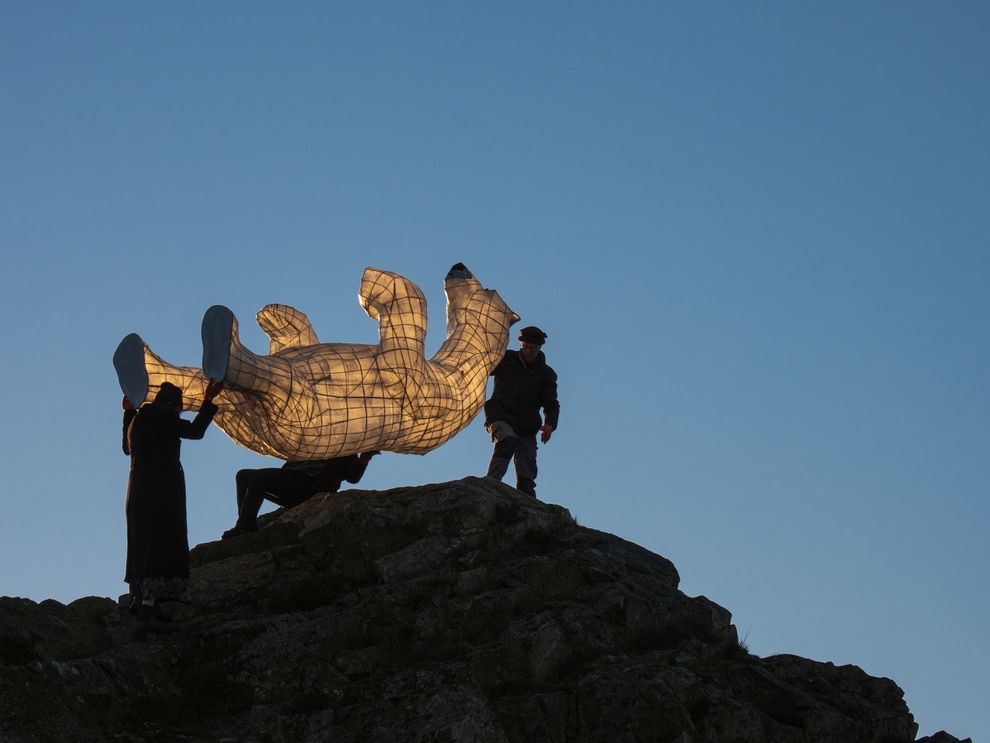 The 10ft 6inch sculpture is the actual size of a male polar bear. Clarion's frame was made of thin bamboo poles, and his shape formed from willow stems and heavy duty tissue paper.

Bamber is aiming to get as many people as possible involved in the climate pilgrimage, asking people to join him for a single day's walk as he makes his way to Scotland.

"The polar bear is such an iconic animal these days representing the Arctic North and the problems of catastrophic ice loss," he said.

"I made him in my spare time in my workshop and then was trying to think of a bold way of using him to promote the aims of Extinction Rebellion. 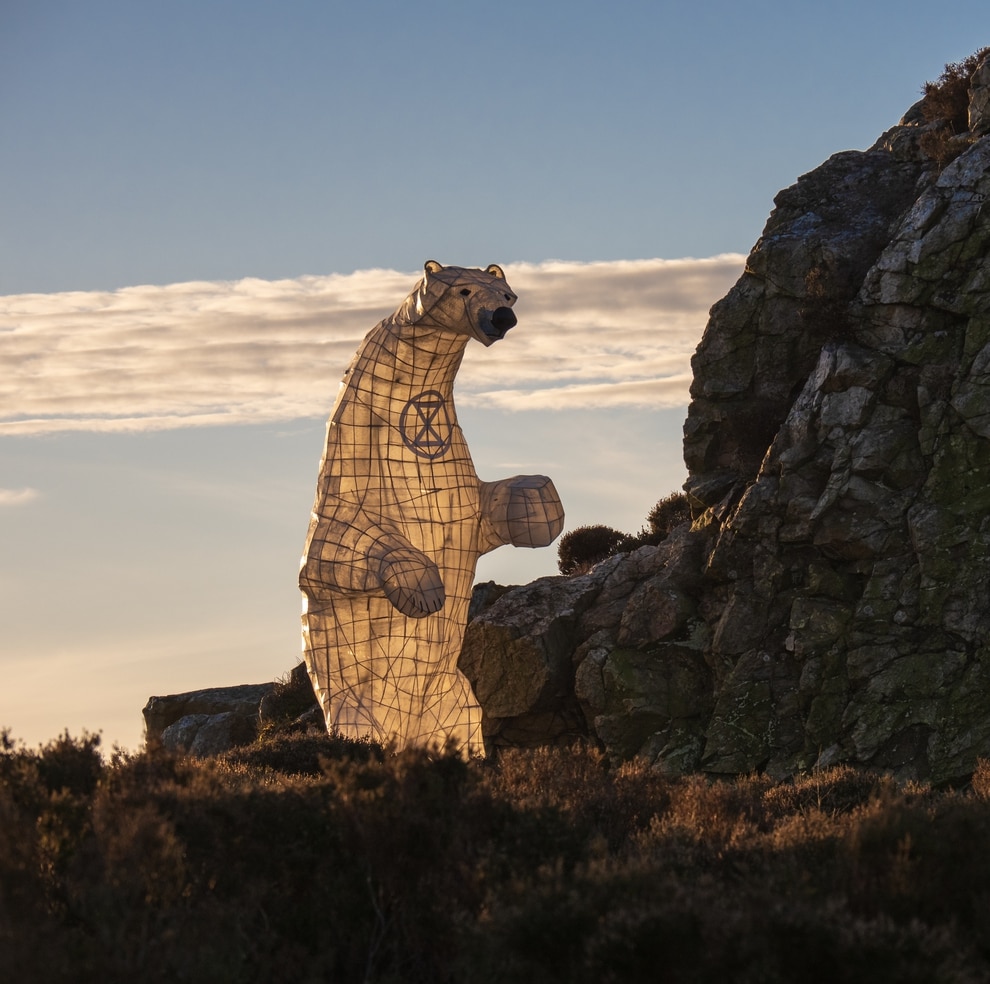 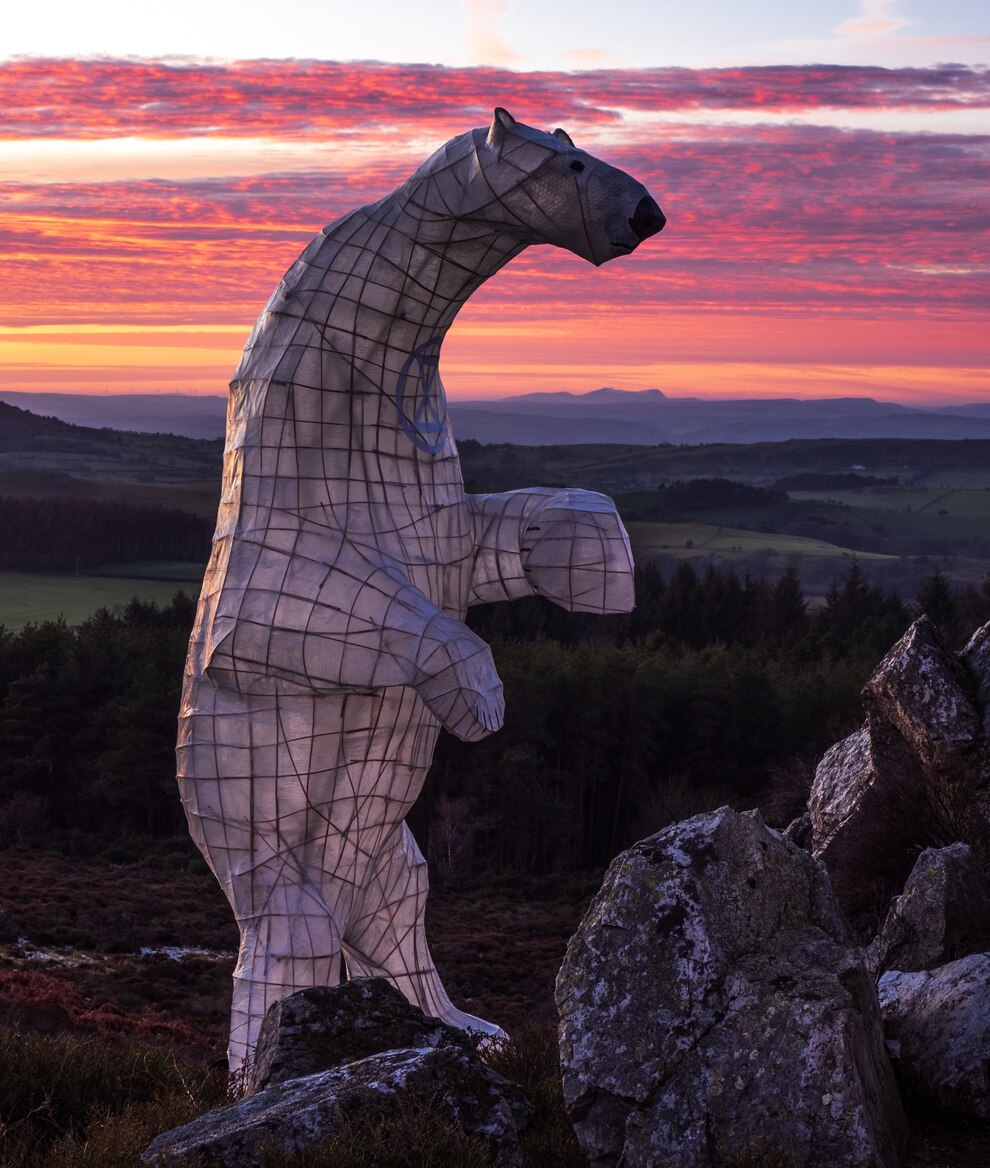 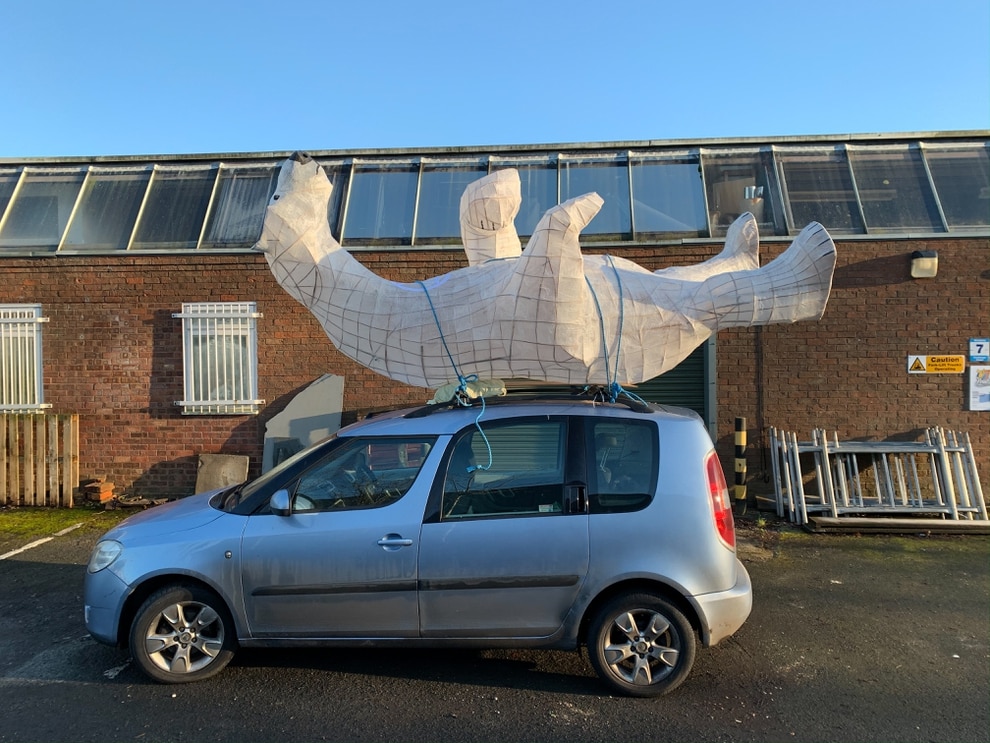 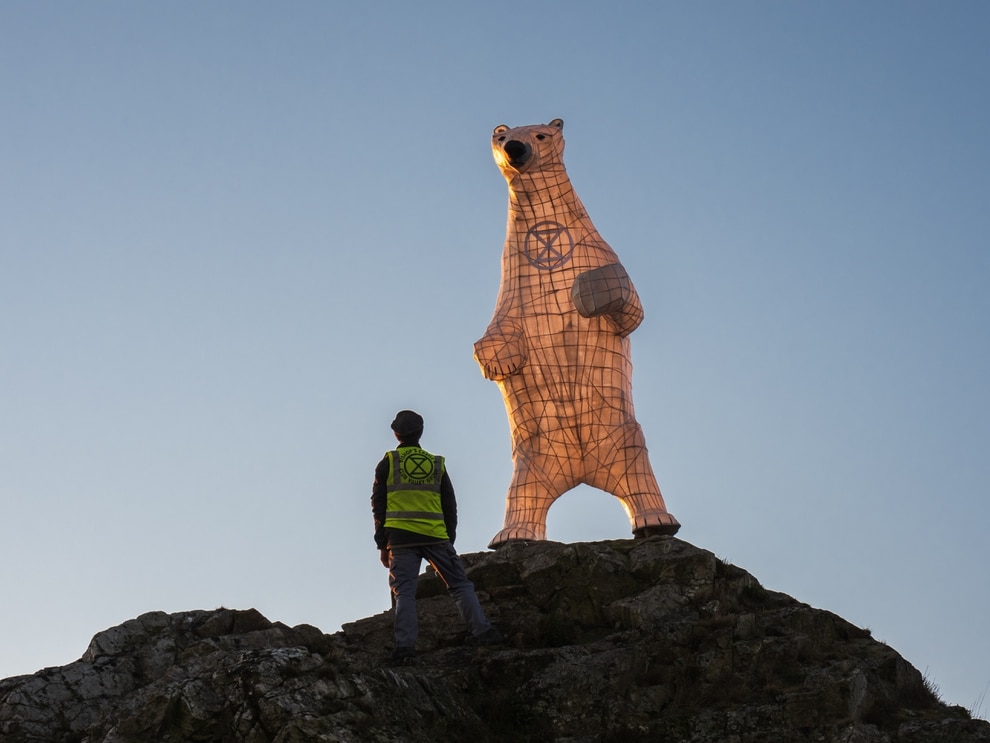 "I want to wake people up to the real and pressing danger of allowing world leaders to get away with 'business as usual' rather than taking on the responsibilities of the immediate radical change that is so desperately needed."

Bamber plans for the walk to start in mid October so Clarion the Bear will arrive in Glasgow for the beginning of COP26.

He said: "The total distance will be approximately 300 miles on footpaths, canal towpaths and B roads from Bishop's Castle through the West of England and the South West of Scotland.

"I will do the whole journey, but I will need others to join me as Clarion and I progress through the country. I like the idea of a band of people coming together with a purpose.

Last year, Bamber made a 12-inch high mammoth from brushwood located in Bishop's Castle as well as a 13-inch high willow and tissue paper Trojan Horse for an Extinction Rebellion event in London. 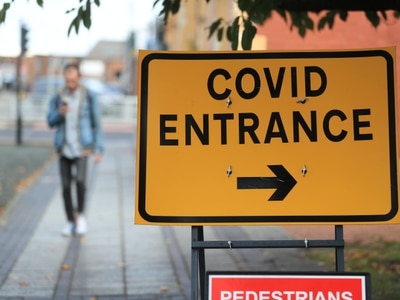