Dozens of pupils in Shropshire, and Telford and Wrekin were excluded for racist bullying last year, new figures reveal.

With racism-related exclusions at a record high across England the anti-racism campaign group Hope Not Hate said schools have been clamping down on abuse.

Department for Education data shows Schools in Telford and Wrekin excluded pupils 25 times in 2018-2019 up from 16 in the previous academic year for racist abuse.

Of the exclusions last year, 24 were temporary – also known as suspensions where a pupil is temporarily removed – and one was permanent.

Across Shropshire pupils were excluded 38 times for racist abuse in the same period, down from 44 in the previous year. All were suspensions.

The figures include abuse by children at state-funded primary, secondary and special schools in the area.

However, he added: "From what we have seen, there is a much better concerted effort to clamp down and take it more seriously. The process of exclusion is fraught for everyone involved, but the tolerance for that behaviour is reducing.

"Students of colour are having more confidence to speak up. It's not just about the 'n' word, it's about comments made throughout the day which make students feel unwelcome."

Mr Jones said racist abuse was a particular concern in rural and coastal schools, which have mostly white student populations.

"It is important to remember that behind every hate incident is an individual and family that are affected," she said.

She added that the charity had seen a desire among young people to "make a change and call out racism", following the death of black American George Floyd while in police custody in May.

This was a decrease of 11 per cent on the previous year, when they handed out 3,046 exclusions.

This was an increase of four per cent on the previous year, when they handed out 1,936 exclusions.

The rise in total exclusions in Shropshire reflects the trend across England, where the figure rose by seven per cent to 446,000.

A Department for Education spokesman said permanent exclusion should be a last resort.

“We know that some pupils will return to school in September having experienced loss or adversity as a result of the coronavirus pandemic, which is why we have also provided guidance for school leaders on how to re-engage these pupils and create the right classroom environment to help them thrive," he added. 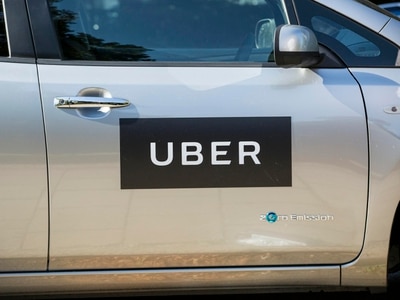