More than 450 schoolchildren take on Telford 'half marathon'

More than 450 children got their first taste of running in a big event as they took on the Telford Primary Schools half marathon today. 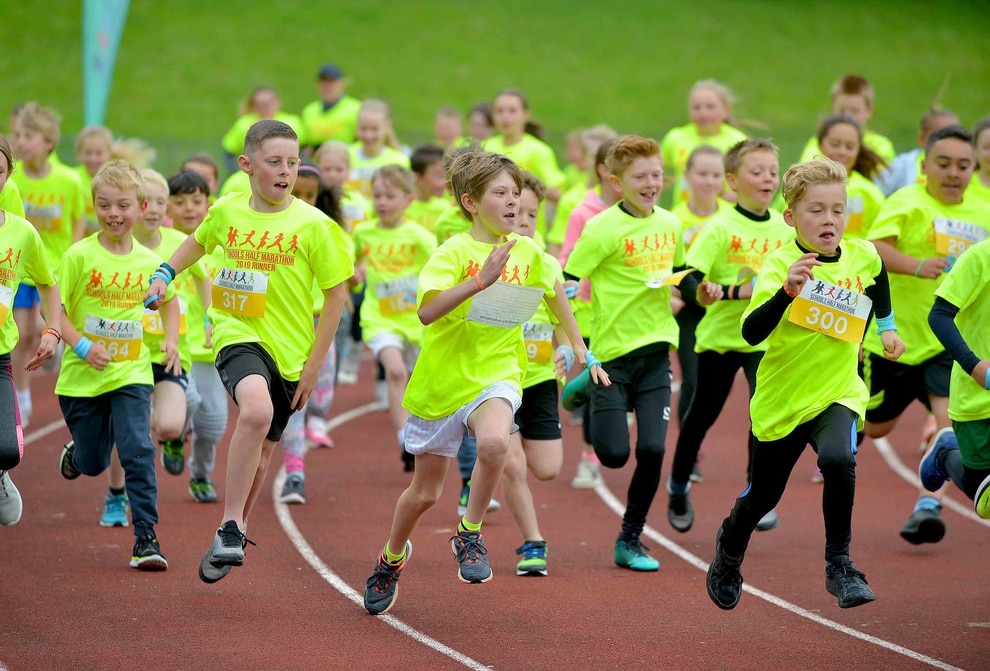 The event was organised by Shropshire's UK Run Events 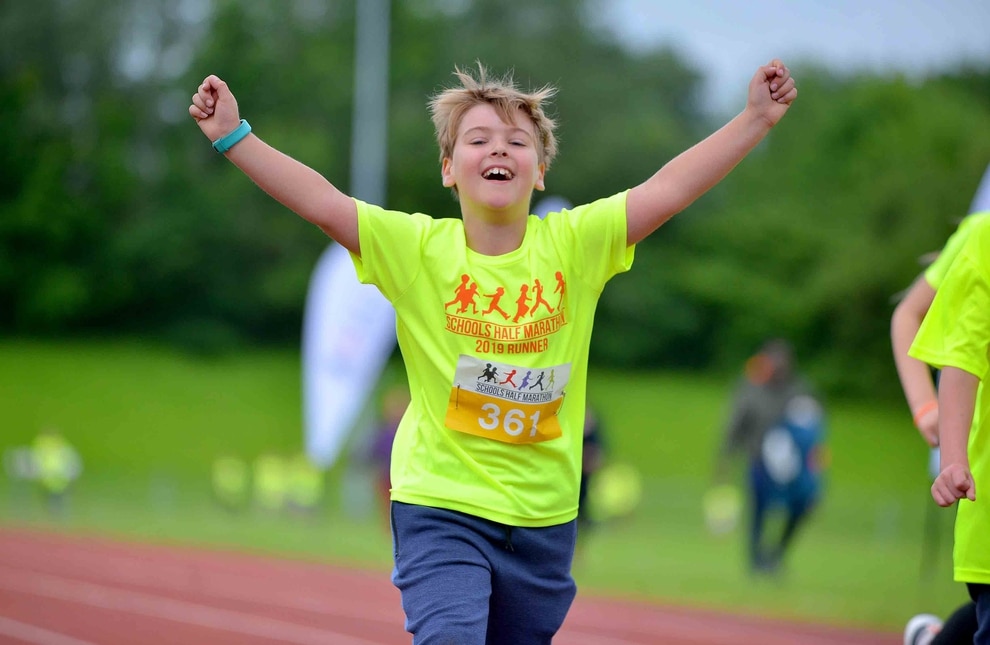 One of the runners 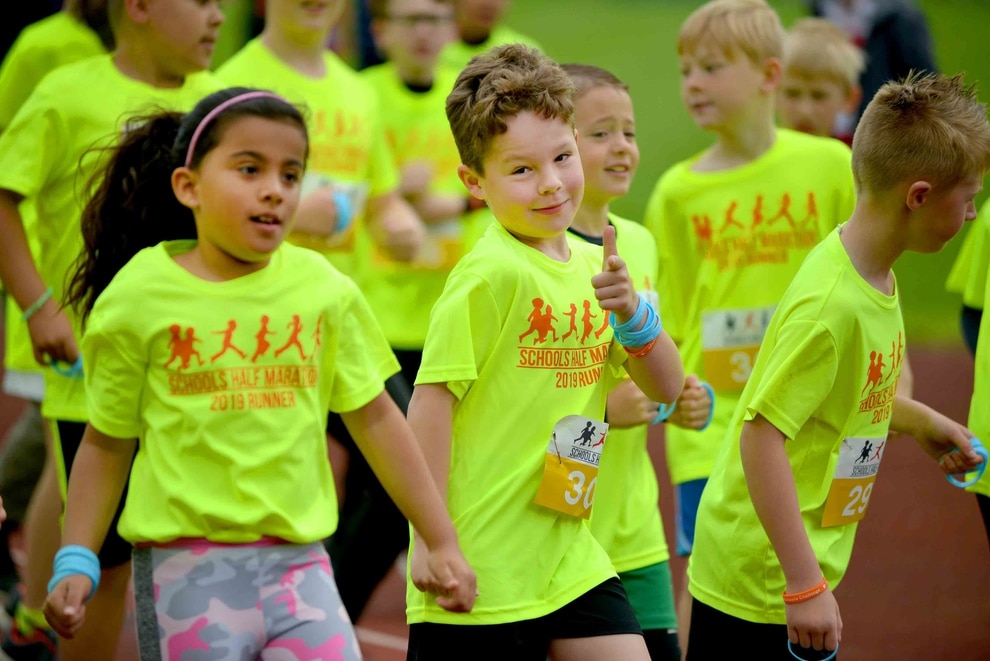 The event featured ten primary schools from across Telford 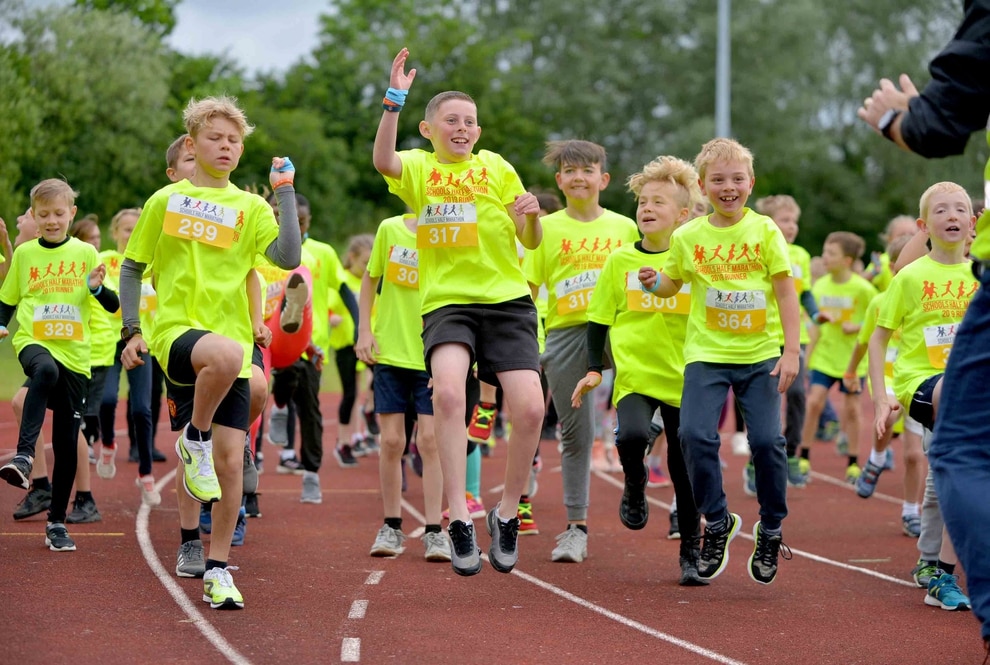 The group took on the Telford Primary Schools half marathon 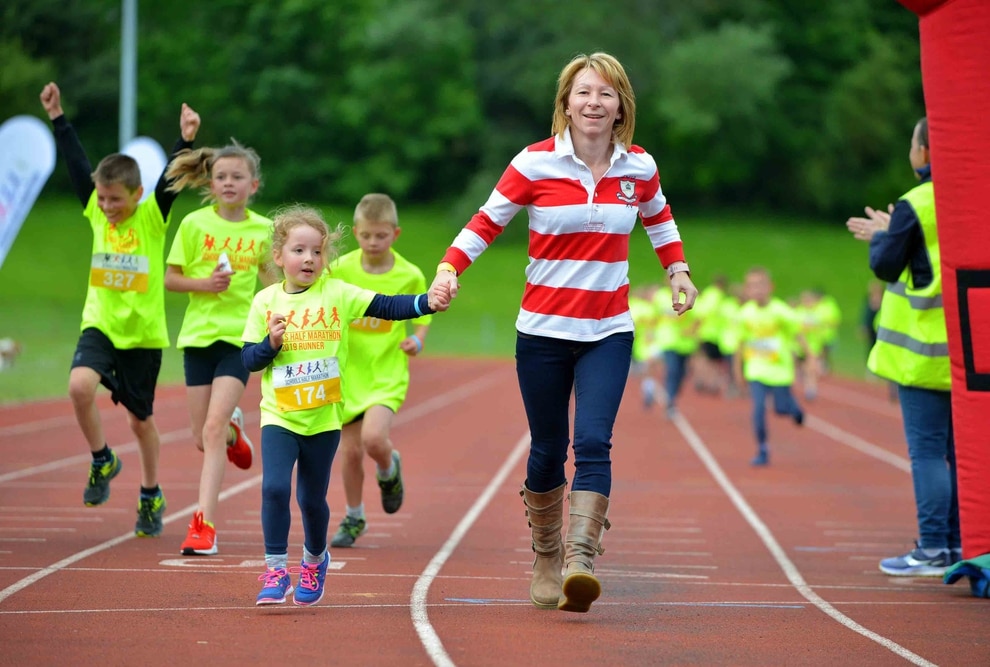 The venue for the event was the Oakengates Athletic Track

Organised by Shropshire's UK Run Events, which has previously enjoyed huge success with the Shrewsbury version of the half marathon, the event featured ten primary schools from across Telford.

The event works by children completing a "cumulative half marathon" where they run 12 miles in small sections in their own schools over the previous weeks, before coming together for one mass final 1.1 miles at the same venue.

The Shropshire based group has seen great success with the format which it launched in Shrewsbury in 2016, and now holds the events across the country.

Organiser Rebecca Richardson said they had been delighted with the way their first Telford event had gone, and that parents, grandparents, friends and family had turned out to support the youngsters in their efforts.

The venue for the event was the Oakengates Athletic Track, with Lawley Athletics Club lending their own support to help the event run smoothly.

Rebecca said: "We are really, really happy. It has been amazing. The council has supported us really well, parents, teachers, schools, they have all been great. For the first year to have 450 taking part is amazing and it has been a great atmosphere and we have had some really great feedback.

"A lot of the schools have come back and said they will be here next year."

Rebecca said the event is designed to help get children into running, but also to improve confidence.

She said: "It is about breaking down barriers. It is about coming to a running track and taking part, reducing screen time, building confidence, camaraderie, and mental wellbeing through running.

"It is not timed so they can run, jog, walk together, but they have to complete the 1.1 miles." 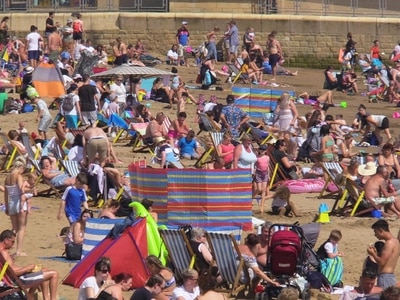