Tributes have been paid to a former Shropshire college principal who has been described as an "entrepreneurial leader who was constantly striving to make a difference".

Garry Phillips used to be the principal at New College Telford, which merged with Telford College of Arts and Technology in recent years to become Telford College.

He died shortly before Christmas and his funeral is planned for later this week.

Mr Phillips' former colleagues have paid tribute to the father-of-two, saying his sudden death has sent shockwaves through the UK's further education sector.

A statement released today by Telford College read: "It is with great sadness that we report the sudden death of Garry Phillips, the former principal and chief executive of New College Telford.

"Garry took over the position in February 2012, working hard to build stronger links between the college and local industry and commerce.

"The college was given a ‘good’ rating by education watchdog Ofsted during his time at the helm.

"He moved on to Ealing, Hammersmith and West London College in July 2014, before taking up the principal’s position at City College Plymouth.

"Mr Phillips died shortly before Christmas. His funeral will be held on January 11."

Graham Guest, Telford College’s principal and chief executive, added: “In a further education career spanning more than two decades, Garry was an entrepreneurial leader who was constantly striving to make a difference.

“This is deeply sad news, and our thoughts go out to his family.”

Graham Briscoe knew Mr Phillips during his time as a governor at New College Telford between 2012 and 2017.

He said: "Garry`s sudden death has sent a shockwave through the further education sector in the UK.

"During my time on the corporation New College Telford purchased the Whitehouse Hotel at Wellington football ground to be used as a vehicle for a National Hotel School covering new hospitality, catering and event management courses and apprenticeships.

"I remember Garry as an entrepreneurial colleague, passionate about further education and what it provides for its students.

"Students were always at the heart of all of Garry`s work and future college plans."

Keith Scribbins, who was clerk to the governors at New College Telford, said Mr Phillips was 'one of the most talented and dedicated men' he had met.

He added: "I counted him as a close colleague and friend.

"He was magnificent with students.

"He only had custody of New College Telford for a short period but he made a huge difference." 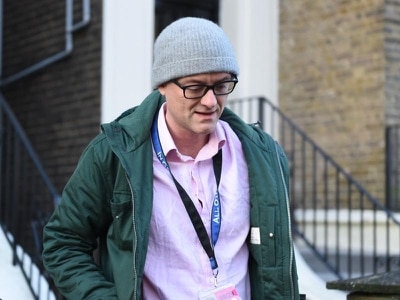