The sentences of the stepmother and father who killed six-year-old Arthur Labinjo-Hughes have been branded "too lenient" by an MP.

Julian Knight, MP for Solihull, has said he intends to refer the sentences for the Attorney General review under the Unduly Lenient Sentence scheme.

Emma Tustin was sentenced to a minimum 29 years in jail for murder while Thomas Hughes was given 21 years for manslaughter.

In a video posted to Twitter, Mr Knight said: "There's a palpable sense of tragedy and loss over this, and frankly a sense of anger.

"And questions over how these monsters were allowed to inflict this horrible torture on a young defenceless boy.

"My view is very simple on this, we need to get to the bottom of how it happened and we need to ensure those who have failed him are accountable.

"Anyone reflecting on those sentences yesterday will see them as too lenient, and it's my intention refer this to the Unduly Lenient Sentence scheme as soon as possible, and I will be doing that on Monday morning."

Solihull still has collective heartbreak over the murder of young Arthur Labinjo-Hughes.

I share the view that the sentences these monsters have been given are just not enough. I will be referring them for review by the Attorney General under the Unduly Lenient Sentence scheme. pic.twitter.com/yPUZ4l3gf1

Tustin, 32, was described as "wicked" for cruelly abusing, poisoning and murdering six-year-old Arthur.

The six-year-old was left with an unsurvivable brain injury while in the sole care of Tustin, who fatally assaulted the youngster with severe force in the hallway of her home in Cranmore Road, Solihull, on June 16 2020.

She then callously taking a photograph of the youngster on her mobile phone as he lay dying in the hallway and sent the image to Hughes.

Tustin later claimed he must have thrown himself down the stairs, despite evidence he was barely strong enough to pick up his own bedding, or stand.

She was unanimously convicted of Arthur’s murder after an eight-week trial at Coventry Crown Court, and jailed for life with a minimum term of 29 years, though she refused to come up to the dock to be be told her sentence.

Jurors also convicted Tustin of two counts of child cruelty, including salt-poisoning and withholding food and drink from Arthur.

She had already admitted two other cruelty counts; wilfully assaulting Arthur on three occasions and isolating him, including by forcing him to stand in the hallway for up to 14 hours a day as part of a draconian punishment regime.

Arthur's father, Hughes, was found guilty of his manslaughter, after encouraging the killing, including by sending a text message to Tustin 18 hours before the fatal assault telling her “just end him”, then later saying to his son “Watch you little c***, I’ll bury you six feet under.”

The 29-year-old has been jailed for 21 years, after also being convicted of the cruelty offences which Tustin had admitted – but cleared of withholding food and drink, or of poisoning his own son with salt.

It emerged at trial that Arthur had been seen by social workers just two months before his death, after concerns were raised by his paternal grandmother Joanne Hughes, but they concluded there were “no safeguarding concerns”.

She also described the couple’s behaviour, which included Tustin poisoning the youngster by force-feeding him salt-laced meals, as “unfathomable”.

“I think they are cold, calculating, systematic torturers of a defenceless little boy. They’re wicked, evil. There’s no word for them, especially your own child,” said the grandmother.

A vigil in memory of Arthur will be held on Cranmore Road on Sunday at 1pm.

Meanwhile, supporters of clubs around the West Midlands are applauding Arthur in the sixth minute of their teams' weekend fixtures. 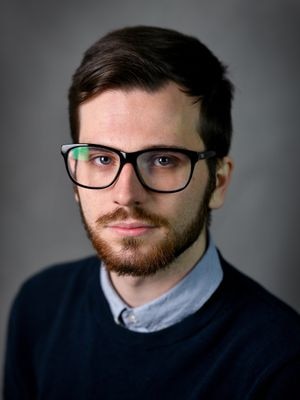 Shrewsbury | Aug 8, 2022
Sorry, we are not accepting comments on this article.