West Mercia Police’s planned savings were delayed by the extension of its alliance with a neighbouring force, but a commissioner’s report says they are still achievable.

In 2012 the force, which operates throughout Shropshire, Telford and Wrekin, Herefordshire and Worcestershire, entered the resource-sharing deal with Warwickshire Police.

Six years later, West Mercia Police and Crime Commissioner (PCC) John Campion announced he was pulling out, arguing the agreement negotiated by his predecessor “hampered” the force and saw it “subsidising” its smaller neighbour.

The alliance was due to end in 2019, but Home Secretary Priti Patel MP ordered its extension to April 2020, with some joint operations remaining until next year.

A report for the Police and Crime Panel calls this arrangement “less than ideal” but says the £750,000 in-year saving it attributes to the split is on track and further efficiencies are “only delayed, not unachievable”.

The document, prepared by Mr Campion’s office, says: “Notice was served to end the alliance in its current form in October 2018 as it was hampering the delivery of effective and efficient policing in West Mercia and attempts at reform had failed.

“In October 2019 the Home Secretary directed that both forces continue to collaborate under the existing alliance until April 2020.

“As a result of the alliance governance arrangements and the delay in its dissolution, West Mercia Police has been as yet unable to fully achieve efficiencies resulting from the transformation of business support functions.

“This delay to the delivery of savings and increased efficiency is costing West Mercia Police resources which could otherwise have been invested in front-line service, but they are only delayed, not unachievable.

“The 2020-21 budgets were prepared to reflect these less-than-ideal arrangements and include the costs of the extended dissolution of the alliance the few remaining joint operations which run on to the end of March 2021.”

The force’s £238 million 2020-21 budget included savings worth £5.3 million, the majority coming through that year’s saving’s plan.

“The specific cost saving directly attributable to the alliance split amounted to £754,000,” the report says.

“Monitoring of the first five months of 2020-21 indicates the savings identified are being delivered.”

The report gives details of saving measures and “wider organisational benefits” resulting from the split.

These include the activation of West Mercia’s new “command and control system” in June “with the implementation significantly streamlined when acting as a single force”.

Titled “Effectiveness and Efficiencies Progress Report”, it will be discussed by the Police and Crime Panel – a body consisting of councillors and lay members from across the region that scrutinises the PCC’s work – when it meets remotely on Monday, September 21. 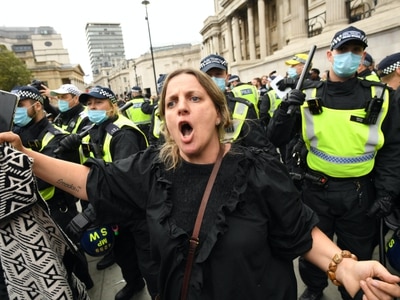