West Mercia's Police and Crime Commissioner John Campion is calling on the government to tackle the causes of domestic abuse by bringing forward a national strategy that targets the perpetrators.

Ahead of the third reading of the Domestic Abuse Bill next week, the Police and Crime Commissioner (PCC) said there is an opportunity for the government to take a stronger and more planned approach to targeting those causing harm.

Domestic abuse will affect one in four women and one in six men in their lifetime, with an average of two women being murdered each week and 30 men per year.

In West Mercia, the PCC has championed investment to support victims of domestic abuse, as well as funded programmes such as Drive, which works to tackle perpetrator behaviour.

The PCC has supported the “Call to Action for a Perpetrator Strategy” which was launched in Parliament at the beginning of the year. This strategy was supported by over 80 organisations across England and Wales, which includes a range of police forces, PCCs, charities and academics.

He is calling on the Government to introduce the perpetrator strategy now instead of the proposal to wait until after the pilot of the Domestic Abuse Protection Orders (DAPOs). By doing this it will ensure the opportunity to combine the strategy with the Comprehensive Spending Review, which is expected in 2021, isn’t missed.

PCC John Campion said: “Domestic abuse is still the major crime and cause of harm in our community. It is happening behind closed doors, with victims not being safe in their own homes.

"The government can make this important change now before it’s too late and we find the already shocking statistics have increased. I have made a commitment to protect victims and survivors of crime and, as a society, the best way to do this is to effectively target those causing the harm.

“Whilst there is already some great work taking place to tackle perpetrator behaviour, including the recent significant investment from the government, there is more we can be doing to truly shine the light on this area of domestic abuse. By tackling the problem at the root, we can reduce the number of victims by challenging and changing the behaviour of those inflicting the pain.” 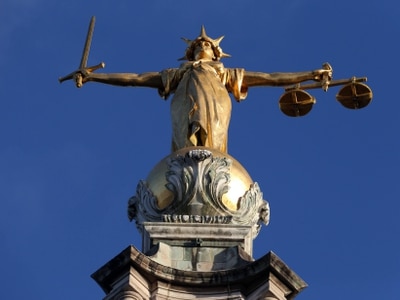