The boss of a nightclub where a man plunged 40ft to his death has been fined for health and safety failings.

Ryan Shenton, aged 25, died when he fell over a “low-level” barrier at Quartz nightclub in Cannock, Staffordshire, which was owned and run by a man and woman from Whitchurch.

Detectives said there was a “poor safety culture” at the nightclub on Church Street, Stafford Crown Court was told.

There was no health and safety policy and “no arrangement in place to assess significant risks”, Mr Tony Watkin, prosecuting, said.

Customers routinely exited the club through a door on the second floor onto a car park overlooking Cannock Shopping Centre below.

They included electrician Mr Shenton who tumbled over the 2.6ft-high barrier to his death while in a “considerable state of intoxication”, the court heard.

Company director Mark Harrison, 38, and Gemma Williams, 32, who was responsible for the day-to-day running of the club, both of Haroldgate, Whitchurch, pleaded guilty to failing to conduct “appropriate and sufficient” assessments of the risks to customers.

Harrison was also fined £2,500. Both were given two-year community orders which require them to carry out 120 hours of unpaid work.

Judge Michael Chambers, however, said it was accepted the “breach of duty was not a significant cause of Mr Shenton’s death”.

The victim, from Leamore, Walsall, had been out with friends on August 19, 2017 and left the club about 2.30am. He sustained a serious head injury in the fall.

Judge Chambers said it was clear from CCTV Mr Shenton was drunk but despite this he was not assisted by door staff.

His body was discovered by workers of nearby Barclays bank as they prepared to open the branch later that morning.

Club bosses claimed there was an “unwritten policy for dealing with intoxicated individuals” but Mr Watkin said there was “no evidence this was in place”. He also said there was no health and safety documentation.

Judge Chambers told them: “It should have been obvious to each of you that it was incumbent to carry out proper assessments and proper procedures were to be implemented.

“There was a woeful lack of that on view.

“I’m not suggesting what you did was deliberate but there was clearly a high level of neglect.”

Mr Warkin told the court: “The whole point of health and safety procedures is that they are formalised and there is a record of it. There was no record in this case.”

He added: “Significant risks were not identified to employees. The investigating officer was of the view there was a poor safety record within the nightclub.”

The nightclub was closed and put on the market shortly after the tragedy. 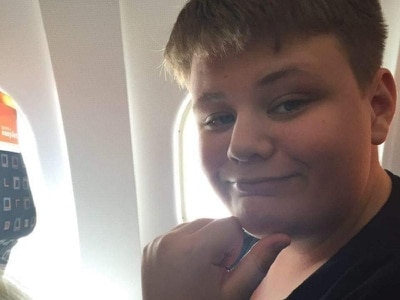