A man involved in two incidents of violence has been jailed for two years at Mold Crown Court.

James Jones, 29, admitted two charges of wounding at an earlier hearing when he was due to go on trial.

The defendant, of Swallow Drive in Newtown, was told by Judge Niclas Parry that there had been unacceptable delays in the case.

Prosecuting barrister Simon Mills said that the incidents occurred on one night in September 2017, going into the early hours of the following morning.

He had struck two young men over the head with weapons at separate locations – the first with a wheel brace and the second with a bottle.

The first incident occurred at The Back Lane car park in Newtown where a large group arrived from the Penybont area, celebrating an 18th birthday, in two mini buses. Unfortunately, he said there were a group of Newtown young men, described as “boy racers”, in the car park.

An argument broke out and someone from the Penybont group got a fire extinguisher and sprayed a car.

That, the prosecutor said, led to the defendant getting a heavy car jack out of his car and he struck a blow to the head of one of the other group.

He then went to the Castle Vaults pub and made an unpleasant gesture towards someone wearing rabbit ears. Jones then moved to a group where there was a discussion before he delivered a single blow with a bottle to a young man’s head.

Defending barrister John Hedgecoe said that it was “quite extraordinary” that the case had taken two years to come to court. His client had trained as a chef. He and his partner had a young baby and he had started his own business. Mr Hedgecoe urged a suspended sentence in the

Judge Parry said that mercifully the injuries were not as serious as they could have been. In the time that had passed since the attacks, he had been convicted of violence on licensed premises involving the use of a bottle as a weapon.

Judge Parry imposed a two year sentence and a 14 month sentence to be served concurrently. 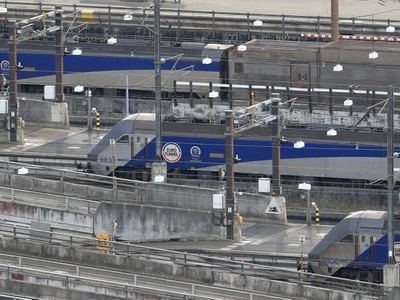