A CCTV operator believes "criminals are laughing" at Bridgnorth after a spate of break-ins and burglaries.

And Pam Becke, who was awarded an MBE for 40 years' service to the police, believes Crime Commissioner John Campion isn't taking the issue seriously enough after he insisted the town was "comparatively safe" compared to other areas.

The Crime Commissioner said: "Mr Bartholomew appears to have a different view of local crime compared to the picture coming in to the police.

"We need some balance and perspective when discussing local crime and policing. Bridgnorth, and indeed all of Shropshire, remains a comparatively safe and low crime area.

"I have delivered a significant uplift in local police officer numbers across Shropshire in 2019, including a 50 per cent increase in the number of response officers based in Bridgnorth, and will work to enhance police resources further in 2020. We are also seeing real progress in reducing burglaries across the force area through effective prevention work, such as my offer of funding SmartWater in local communities."

"I have not seen extra officers in the town, only on New Years Eve when the cadets and special constables volunteer," she said.

"I only have to walk down Bridgnorth high street and to see the shop doors boarded up, results from robberies and break ins, upset staff and customers.

"Residents tell me they have had a moped, cars, three trailers all stolen in December 2019. The football club and TFM farm shop were broken into as well. At Tara dress shop there was stock stolen in broad daylight and more upsetting, elderly people have had their handbags and purses snatched.

"In the last week, the Mind shop and the Cancer Research charity shops were targeted.

"The criminals are laughing at us in Bridgnorth, we are easy pickings. They are even bragging on Facebook.

"I was born and bred in Bridgnorth and am concerned for my family and friends and all the residents, they deserve better.

Mayor Ron Whittle said: "They seem to be prioritising abuse, violence and the like. The police may regard theft and that kind of thing as low priority, but the people of Bridgnorth don't see it that way.

"It's not just a problem with Mr Campion, it's a national problem. They are prioritising certain areas of crime, to the detriment of overall crime." 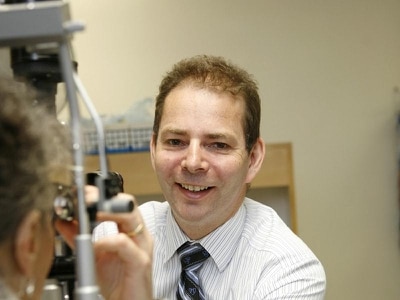