Two men have have been found not guilty of helping to grow almost 200 cannabis plants at a 'farm' in Telford which contained their DNA samples.

This afternoon they were cleared of producing cannabis and abstracting electricity.

Both men had already pleaded guilty to possessing class B drugs after skunk cannabis was found at their homes by police. They were each fined £75 and have until January 17 to pay it.

The two men came to the attention of police who raided the house after DNA swabs matching them were taken from a water bottle and a cigarette end found inside.

The chances of the DNA not matching the two men was "one in a billion", prosecutor Antony Longworth told the court.

When police searched the house in Lydbury Close, Stirchley, in June last year, they found 194 healthy plants in three bedrooms.

The house's electricity meter had also been tampered with illegally to provide more power than was being paid for and support the grow.

Dugan's uncle, Michael Ewing, was renting the house at the time and he has already pleaded guilty to producing cannabis and abstracting electricity.

Dugan and Hamilton denied the same charges and their trial began on Tuesday.

Giving evidence, the officer in charge of the case, Pc Neil Clayton, said he was on patrol in June 2018 when he noticed Ewing mowing the lawn outside the house in Brookside.

They spoke and Pc Clayton noticed a smell of cannabis, before Ewing went inside, the court heard.

The officer approached the house and noticed a stronger smell. He left to apply for an arrest warrant and the next day he and others returned to search the house, where they found 194 plants, ventilation ducts and an electricity meter that had been bypassed with wires.

Swabs of a Volvic water bottle and a cigarette end found in the house matched the DNA of Dugan and Hamilton respectively, the court heard.

They were both arrested and interviewed by police later that year. They answered "no comment" to questions regarding the cannabis farm.

Dugan gave evidence in the trial and said that he saw Ewing as a "father figure". Under questioning from his representative Rob Edwards, he said that Ewing asked him to visit the house in Lydbury Close at some point in 2018, though he could not recall which month.

He said: "I was extremely unhappy that I was at the property when I realised what had been going on.

"I was a bit taken aback. I've known the man all my life and I didn't think he was able to do such a thing.

"He didn't explain what had been going on. He was excited to tell me but he didn't fully tell me what was going on."

He said that his uncle used cannabis to treat his cancer but that he was "annoyed" when he realised what was going on at the house.

Hamilton, being questioned by his representative Kevin Jones, said he was invited to see the house by Ewing on another occasion.

He said that Ewing told him he was growing cannabis once they were inside.

"It was something he had mentioned in passing before," he said.

"I didn't realise how much he was growing but it was something I would have been interested in.

"It's not something you see every day."

Hamilton said that he smoked "two spliffs and a fag" while he was in the house. 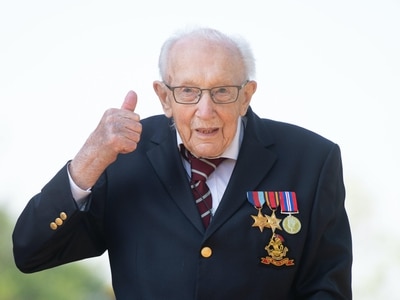