Shropshire detective Stuart is strong arm of the law

A truck-pulling police officer from Shropshire has won a national Strongman title after beating rivals from other forces.

He took part in the open weight category of the contest organised by Police Sport UK two years after winning Shropshire’s Strongest Man.

Stuart, who works for CID and also plays rugby in Bridgnorth said: “Following the first four events, three of us were tied for first place and as usual in Strongman, it all came down to the Atlas Stones, which means the fastest man to pick up and load the stones wins.”

On the day more than £1,000 was raised for two charities – mental health charity Mind and the Police Dependants’ Trust.

Tough route to the top

It is hard work being a strongman champion. Here are just some of the challenges faced by Detective Stuart Edwards:

Based with the Proactive CID team, Stuart has been a West Mercia police officer for more than 11 years and is working towards his detective’s accreditation.

He first got into strongman contests in 2011 while working on patrol shifts in Oswestry after being invited to compete in a local charity strongman event at Oswestry Rugby Club.

“I had competed in a few local competitions and done quite well, but was injured on duty damaging both my shoulders while restraining a young man following a mental health breakdown. These injuries required two surgeries and nearly two years of recovery.

In 2017 I was able to return to competition level and won Shropshire’s Strongest Man,” he said. Following on from that taste of success he returned to his first sporting love, rugby and has represented the force during numerous Police Sport UK Inter-Constabulary Rugby Cup campaigns.

“Rugby has been a passion of mine since I was nine-years-old, I still play for Bridgnorth Rugby Club and represent the club up to first team level, and I also play at county level for Shropshire."

At the beginning of the year Stuart was encouraged by his former supervisors Insp Tracy Ryan and Insp Charlie Parker to take part and he had 16 weeks to prepare.

Stuart said: “Strongman is brutal and the risk of injury is extremely high due to the extreme pressure the body is put through. This meant 50 training sessions lasting up to three hours per session and over the 16 weeks it meant I had to consume nearly 500,000 calories.”

Drink driver 'took off' on humped back bridge 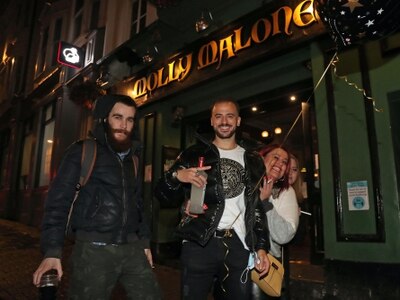