A stash of stolen cars – including one believed to have been taken in a gunpoint robbery – has been uncovered by police in a back street workshop. 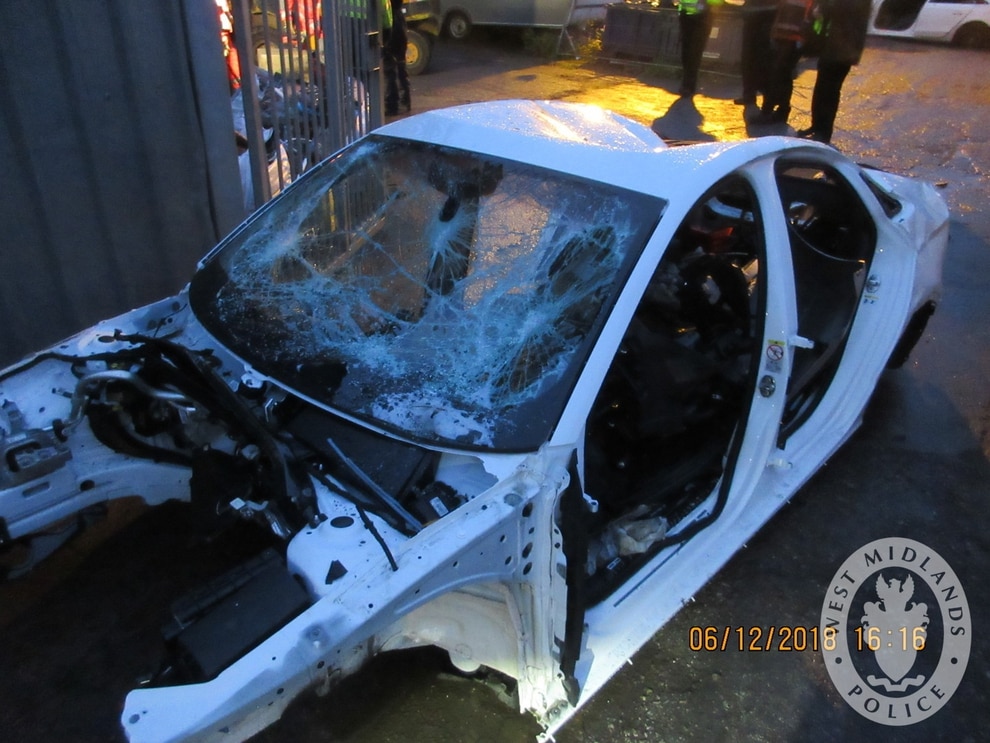 An Audi found in the 'chop shop' was stolen from Shropshire 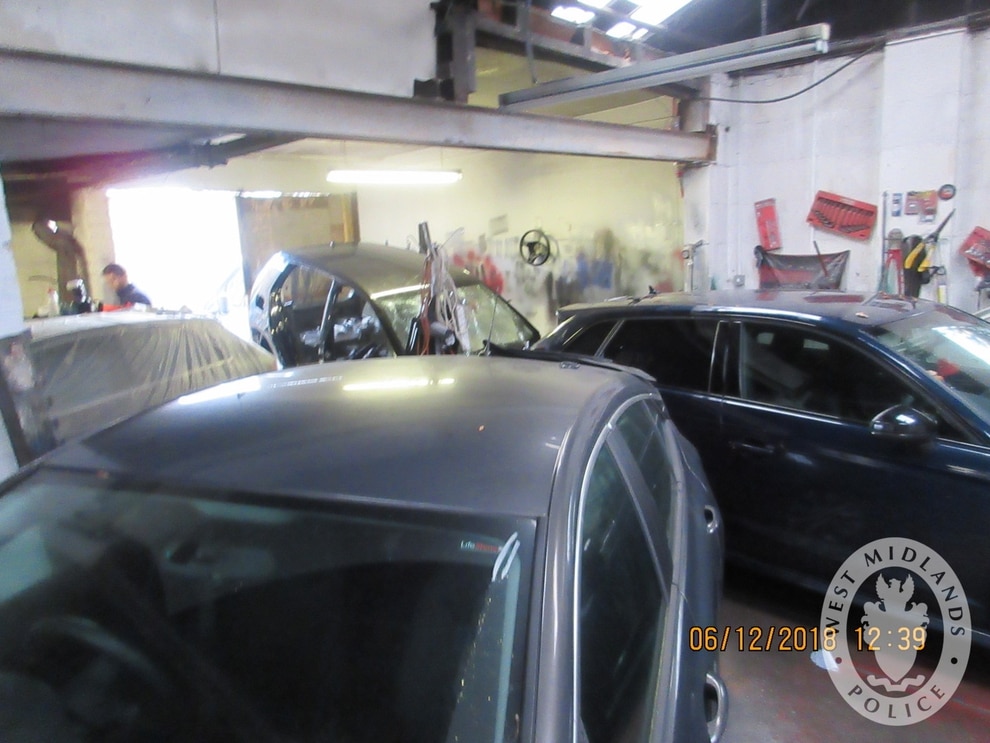 Officers moved in at the premises off Alum Rock Road, Birmingham – down an alleyway near Ashes Café – at 7.30pm on Wednesday night within hours of receiving a tip-off from an alert member of the public.

They found two Audis, a VW Golf, an Astra and Ford Kuga plus other car body shells with ID numbers ground off and an array of parts stuffed into one-tonne bags.

Balaclavas and hammers were also found inside, a safe and documents have been seized and forensics experts will examine more of the recovered parts to determine if they can be linked to crimes.

A total of eight vehicles or vehicle parts have so far been linked to offences, including an A3 stolen from Lilleshall, Shropshire, on November 13 while the VW is believed to have been taken during a gunpoint car-jacking in Coleshill.

In August, West Midlands Police launched a campaign urging members of the public to report any garages or units they suspect could be taking stolen vehicles and stripping them down for spare parts.

It is part of a wider operation aimed at targeting car thieves and closing down their market for stolen cars and car parts.

Birmingham Police Inspector Matt Crowley, said: “We received information from a member of the public reporting their suspicions about the workshop. Very quickly we had secured a warrant from court and that was executed at 8pm.

“It’s a great example of the vital role the public can play in helping us tackle car crime – and shows how we take such information very seriously and can respond swiftly.

“Since we launched our Shop a Chop Shop campaign we’ve seen a significant uplift in the number of tip-offs we’re receiving from the public about suspected chop shops. And as a direct result we’ve made arrests many and closed premises down.

“We’ll take positive action on all information provided so I’d urge anyone with suspicions that a unit is handling stolen cars to contact us.”

Information can be passed to West Midlands Police on 101 or on LiveChat via west-midlands.pnn.police.uk between 8am and midnight.

Or people can call the charity Crimestoppers anonymously on 0800 555111. Callers won’t be asked their name and calls cannot be traced.

Much Wenlock | Last updated: 15 hours ago