Couple banned from keeping horses after pony left to starve

A rescue centre today appealed for a home for a pony whose former owners were banned from keeping horses for 10 years after she was found emaciated, collapsed and shut in a horse trailer.

They were each banned from keeping horses or ponies for 10 years and ordered to pay a £300 fine, £250 legal costs to the RSPCA and a £30 victim surcharge.

The RSPCA, which prosecuted the case, was awarded central funds for vet fees.

Llanfechain-based Totem Horses, a small not-for-profit rescue and re-homing centre, is now appealing for a home for the pony called Holly.

Totem Horses founder, Jo Barr, said: "Having previously worked for the RSPCA for 10 years I honestly thought I had seen everything. But when we went to collect Holly, I could not believe what I saw.

"They had shut her in the trailer three days before as she was cold, but the pony was lying in her own urine with no food or water. I was amazed she was still alive.

"All of her bones were visible and the skin on her withers and in other places had broken down. It beggars belief two so-called horse lovers could allow an animal to be in that state, shut in a trailer dying just feet away from the back door of their house."

Holly was signed over to Tote Horses who sought immediate veterinary treatment for her and alerted the RSPCA.

Jo said it was touch and go whether she would survive for the first three days, but with around the clock support from Simon Woods and his team at Lower House Equine Clinic she pulled through.

"For the first three nights I slept in the barn with Holly as she had drips and other treatment," she said. "I had to lift her head to give her water and feed from a scoop as she wasn't even strong enough to lift it herself.

"Lower House Equine Clinic were brilliant and made sure she had pain relief and fluids everything else she needed around the clock. I was determined that if we did lose her she would not die alone - so I stayed with her.

“Thankfully she didn’t, but it still it took a further two weeks before she was actually strong enough to stand up without some help."

Now Totem Horses is appealing for a home for Holly where she can start a new life. The not-for-profit horses go out on a loan agreement and homes are subject to regular home visits.

She added: "I am very grateful to RSPCA inspector Phil Lewis for everything he did as well and I could not have saved Holly without the support of our volunteers Lyddy, Kelly, Holly and Jiri, and also Helen and Adam who got involved later on and helped this young pony to regain her trust in people.

“I am very pleased the court recognised the serious nature of the neglect and also the RSPCA exists to investigate and make sure the people responsible are held accountable for their actions.”

Holly is still a young pony and it takes a while for her to trust new people so she needs an experienced home anywhere in England and Wales where she will get regular handling.

For further information or to offer Holly a home visit totemhorse.org.uk or its Facebook page. 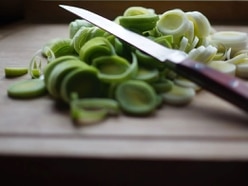 Covid-19: NHS staff in isolation at home will be tested first 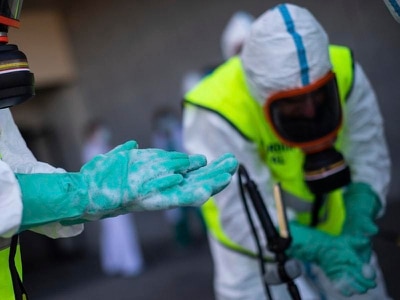