The three senior officials of the force's police federation are under criminal investigation over the handling of funds, including allegedly receiving interest-free loans worth tens of thousands of pounds.

It involves former branch secretary Jamie Harrision, who has been suspended from his role with the body, former chairman Sergeant Russ Yeomans and Sergeant Nigel Mortimer, who are being investigated.

The moves follow an internal audit carried out by the national Police Federation earlier this year which identified an issue over “business practices and policies”, and expenses claims.

“The findings of this audit were presented to West Mercia Police and a referral by the force was made to the Independent Office of Police Complaints (IOPC) in relation to this matter.

“We await the outcome of this investigation and it would therefore be inappropriate to comment further on this matter at this time.”

Sarah Cooper, new chair of West Mercia Police Federation, said: “We are aware of an ongoing investigation into three members.

“An issue was identified by the National Police Federation of England and Wales earlier in the year and reported to West Mercia Police for their initial investigation.

“As a newly-elected chair, with new members of the board also being elected to support me, I am fully committed to being open and transparent about the way we operate.

“Working with our headquarters I am keen to ensure our practices are open to scrutiny. One of our roles will be to review our governance and practices and to ensure that all Federation members are aware of the responsibility being a Federation Representative means. I take that role very seriously.

“We will continue to cooperate fully with any further enquiries related to this matter.”

“We continue to cooperate fully with the police investigation and it would be inappropriate to comment further whilst this is ongoing.” 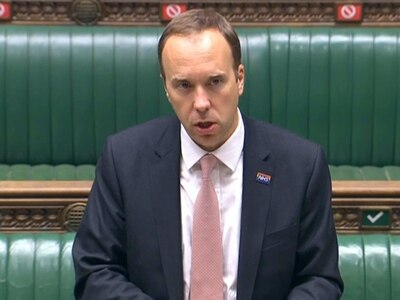