More than 100 blades were taken off the streets of Shropshire and Telford during a week-long knife surrender campaign.

Superintendent Tom Harding said that during the week more than 100 knives were taken off the streets.

The public were encouraged to anonymously surrender any weapons at Monkmoor Police Station, Shrewsbury, and Malinsgate Police Station in Telford.

As part of the national campaign officers carried out a warrant at an address in Brookside and a number of knives were seized.

Officers were then joined by local councillors and police cadets to carry out a community sweep across Newport, Donnington, Brookside and Woodside.

They also worked alongside Trading Standards to carry out a test purchasing operation where one store sold a knife to a test purchaser.

Superintendent Harding said the operation was a success but the work does not end here.

He added: "Operation Sceptre gave us the opportunity to highlight the work we are doing to tackle knife crime across Shropshire and Telford. It is an area we take very seriously and even when we see reductions in the number of incidents involving knives we are not complacent, one incident involving a knife is one too many.

"Our work, in partnership with other agencies, to reduce the number of knives being used in crime will continue."

Police also worked in partnership with West Midlands Ambulance Service to visit local schools to speak about the dangers of knives.

During the campaign, anyone surrendering a knife did not have to give any personal details and did not face prosecution for carrying a blade. However, the force will carry out an investigation and seek to prosecute if they believe a knife has been used to commit a criminal offence.

West Mercia Police's support for Operation Sceptre was part of the force’s commitment to tackling serious and organised crime which has seen local policing priority teams set up to tackle the issue.

Launched on September 3, in its first week the team made four arrests, carried out 13 stop and searches and seized stolen property, two cars and a quantity of illegal drugs across Shropshire. 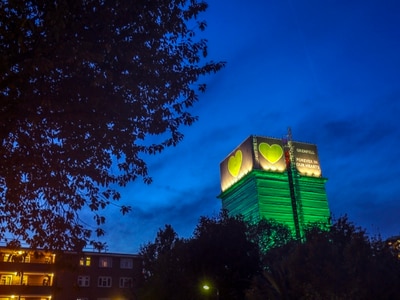