Tributes have been paid to a Telford man killed in a city shooting.

Dozens of people have left comments on social media in memory of Tyrone Dorsett, who was shot dead on Sunday in Birmingham.

Police have launched a murder investigation after the 20-year-old from Priorslee was discovered close to Birmingham City Football Club's grounds.

Since police announced Tyrone's death, those who knew him have been sharing their thoughts on Facebook.

Caroline Buchanan said: "Rest in peace Tyrone. Such a well-mannered, polite young man and one of the dinner ladies' favourites.

"Condolences to your family."

Liane Pearl wrote: "Rip Ty. So very sorry - you were far too young to die."

Amy Grainger posted: "RIP Ty. You had a heart of gold. Thinking of his family – I hope justice is done."

Rose Roe said: "RIP young man. You were a good friend to my son."

Terry Taylor wrote: "Rest easy brother. Ty you was a local legend and will be missed loads."

Michelle Valovec posted: "Rest in peace. "Taken too young and thoughts with his family and friends."

Tyrone was killed in the Bordesley area of the city, just after midnight on Sunday.

Officers made the discovery after responding to reports of gunfire in a car park behind South Holme, a small block of residential flats.

Despite the efforts of medical staff, he was declared dead at the scene.

Police have renewed their appeal for anyone with information to contact them urgently.

Anyone with information is asked to call police on 101. 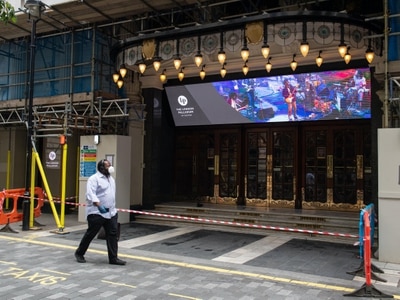