Attacker who left victim wheelchair-bound is jailed for 14 years

A man has been jailed for 14 years after a cashpoint attack which left his victim wheelchair-bound. 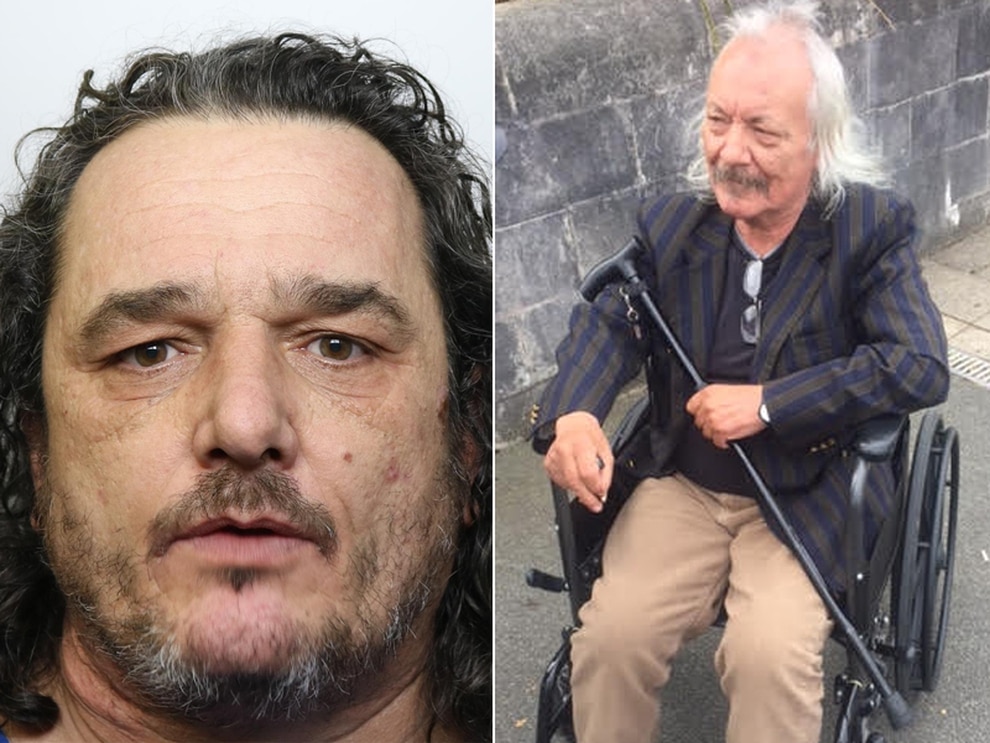 Alan Davies, left, and his victim, Gareth Evans, who was left wheelchair-bound 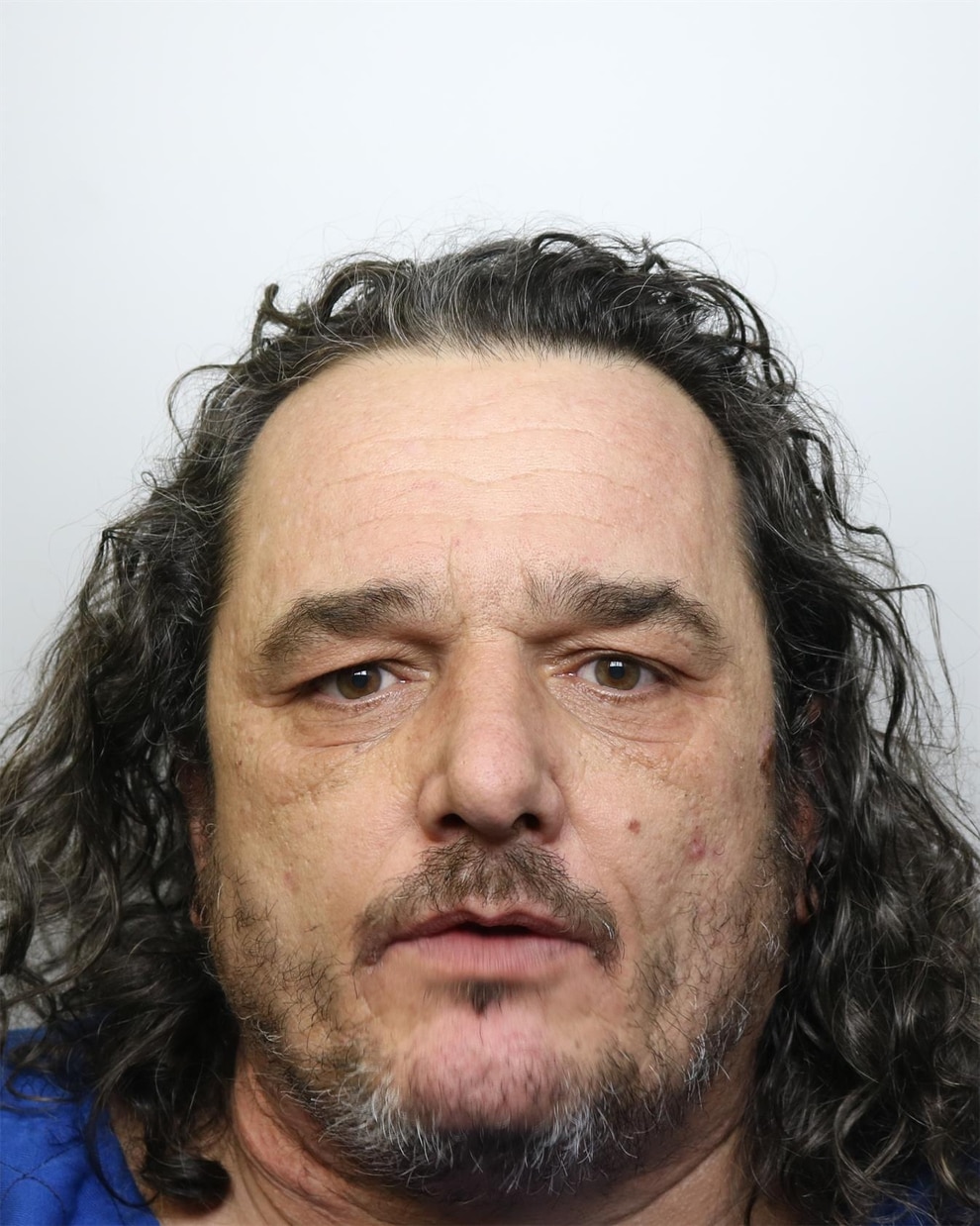 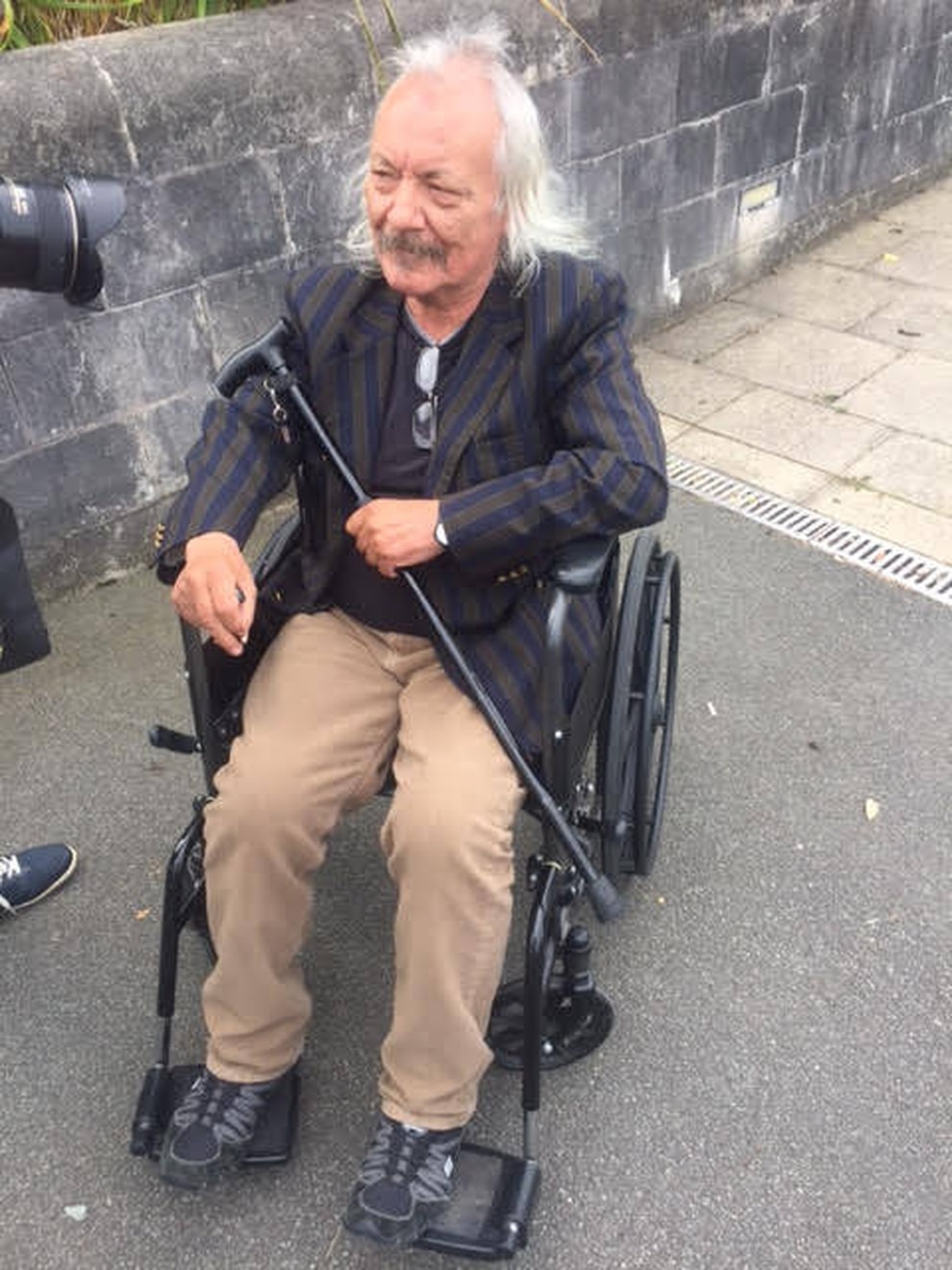 Victim Gareth Evans, a retired teacher, enjoyed fishing, kayaking and driving before his leg was broken in three places by Alan Davies as he waited by the cash machine in Newtown in January.

Davies, 49, of Edwards Field, Newtown, was found guilty of inflicting grievous bodily harm with intent, but cleared of a more serious charge of wounding with intent.

He appeared at Caernarfon Crown Court for sentencing on Thursday.

She told Davies he would serve two-thirds of his sentence before the parole board decided whether it was safe to release him.

Judge Lloyd-Clarke said it had been a cowardly and unprovoked attack.

The court was told that Mr Evans had been left unconscious after the attack and his leg was broken in three places.

Mr Evans, 62, of Newtown, was at the sentencing hearing and read a personal statement to the court.

He said that the incident had ruined his life, leaving him effectively wheelchair-bound and unable to take part in his favourite pursuits of driving, fishing and kayaking.

The judge praised members of the public who had gone to Mr Evans' aid when he feared he would be killed.

She had been told that when Davies attacked Mr Evans a crowd gathered and intervened. Davies then ran off.

The probation service said in a report that Davies, who had previous convictions for violence, was becoming unmanageable and uncooperative because of his drinking.

Judge Lloyd-Clarke said it was clear that mental health issues were linked to the attack but Davies knew that he became violent in drink.

Although there were mental health problems, in her view they were a relatively minor factor. She believed Davies presented a danger to the public.

Following the sentencing, Detective Inspector Steve Lloyd of Dyfed Powys police said: “The victim of this crime sustained serious injuries as a result of this violent attack and I welcome the sentence given today to Alan Richard Davies.

"Violence of this nature will never be condoned by Dyfed-Powys Police and where such incidents occur officers will carry out a thorough and extensive investigation to provide the best possible case to the courts to seek justice for crimes committed."